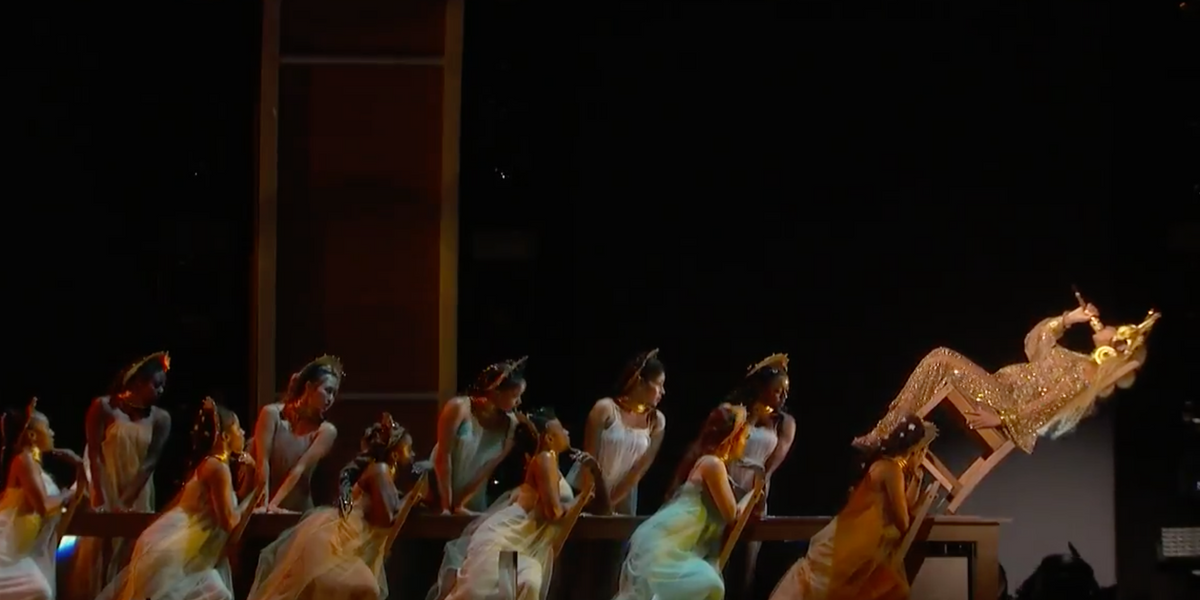 Grammys 2017: The Highs, the Lows and the Beyoncés

With every passing year, it seems like the Grammys get gradually worse. Last night, at the 59 th annual celebration of music's so-called "Biggest Night," the story was no different.

Along with Beyoncé being snubbed for Album of the Year for the second time in a row, last night was filled with endless upsets. But all was not lost—there was plenty to keep the audience engaged and entertained over the course of the 3.5 hour-long ceremony. Here we list our highs and lows.

After releasing one of the best albums of the decade with last year's Coloring Book, Chance the Rapper made the push to get the Recording Academy to let streaming-only releases be eligible for nominations. With that, he was able to take home the Best New Artist award (despite first coming into prominence four years ago). The Chicago Rapper also took to the stage with Kirk Franklin and a huge gospel choir to perform a transcendent rendition of his Coloring Book tracks "All We Got" and "How Great."

Despite releasing the strongest album of her career with the long-awaited Anti, Rihanna left the Staples Center empty-handed last night. The Barbados singer was nominated for six individual awards including Record of the Year for her chart-topping dancehall banger "Work." Unfortunately, the Recording Academy didn't appreciate the effort that went into that album as much as the rest of us, and let the singer's only memorable moment last night be taking a shot out of her bejeweled flask.

Throughout the first hour of the Grammys, Twitter was filled with tweets from crazed fans (aka everyone) that all circled around one common theme: When is Beyoncé performing? After a very touching introduction from her very proud mother Tina Knowles, Beyoncé finally took the stage—and for almost ten minutes it was like she had literally opened the gates to heaven. Complete with a spoken-word montage on the joys of motherhood and a chair that flipped Queen Bey almost upside down, it was surely the most alluring performance of the night, proving that, once again, Beyoncé is the greatest of all-time.

While the Recording Academy did acknowledge the brilliance of Beyoncé's magnum opus Lemonade with a win for Best Urban Contemporary Album, they still managed to piss off the entire world in the ceremony's final minutes when they gave the Album of the Year award to Adele's underwhelming 25. Luckily, Adele, who is a very vocal fan-girl of Queen Bey, did the responsible thing and broke the trophy in half to share with her idol. "I was completely rooting for [Beyoncé]," the British singer said. "I voted for her."

Last November, A Tribe Called Quest released We Got It From Here…, their first album in almost two decades. It was a special moment in the collective's career, as Phife Dawg, one of the group's founding members, had died only eight months earlier. Last night, the Tribe took the Grammys stage for a spirited tribute to their late friend. But the highlight came when Busta Rhymes took the stage and called out "President Agent Orange" for "perpetuating all of that evil" as a diverse group of people literally busted through a stone wall to join him on stage.


Katy Perry released the lead single to her new album last Friday, which is being marketed as "purposeful pop." During her performance at the Grammys last night, she took that phrase to the next level by displaying a projection of the Constitution behind her and concluding her performance with a "NO HATE!" shoutout at the end. Though her attempt at making pop political is certainly appreciated, there was something noticeably tepid about her attempt. A+ for effort, though.

The Grammys have been known to pair very random people together for special performances. This year's Odd Couple was Metallica and Lady Gaga, who took to the stage to perform "Moth Into Flame" off the former's latest album. Despite some slight sound issues with James Hetfield's mic at the beginning, the performance still managed to dazzle—ending with Lady Gaga taking a dive into the crowd. Though our hopes of the two doing an updated version of Gaga's newest single "John Wayne" were ultimately smashed, there was no denying that the high-energy performance was still one of the night's best. If you can say nothing else, you have to admit: Gaga's musical versatility has no limits.