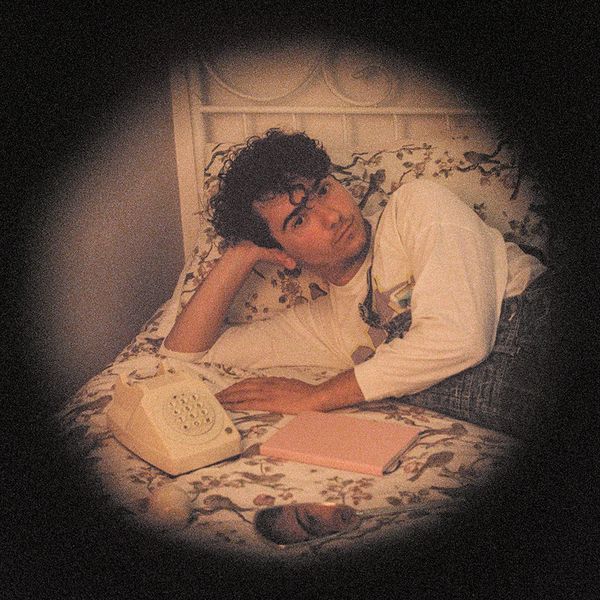 He premieres first single "The Boys Downtown They Keep On Eyefucking Me."

What's important to understand about the queer experience is that, much like how people of different racial and ethnic backgrounds move through the world, it varies depending on one's position in society. What is your race or heritage? Where are you geographically located? How much money do you make? What do you believe? Where do you live?

All of these questions (and more) carry significant weight in how queer people are perceived within and outside of their self-identified communities. The question of where do you live might carry the most weight, in that it surmises, and on some level, accounts for, the lived experiences of queer people who often move through the world as intersectional beings.

All of that to say that GIMI (pronounced "gimme" like Britney Spears' "Gimme More"), a 20-something pop singer on the rise, who was raised in Denmark, originally comes from Kosovo, a place, that, when not engulfed in forms of civil war, can breed types of hostility toward people in the LGBTQ community. Same-sex sexual activity was legalized only in 1994, and the Constitution of Kosovo prohibits business discrimination toward gay and queer people. But only in 2006 was it officially recognized that homosexuality was no longer classed as a mental disorder. And transgender people are still not allowed to legally change their gender even after gender confirmation surgery. Gay clubs do not exist in Kosovo and LGBTQ life and culture remains underground.

GIMI is breaking through the nature of Kosovo's gay underground by writing and singing explicitly about his life in a way that might appeal to the masses, while bringing truth to power for those of us who have also lived similar experiences. His debut single, "The Boys Downtown They Keep On Eyefucking Me" is part uber-catchy radio-ready pop-bop, soaring chorus and all, but listen closely for surprising turns of phrase like "I'm looking for someone discreet, masc and mature/I'm cheating on my wife, only you can know." "The Boys" reveal a story about closeted cruising, a mostly non-verbal phenomenon common to visible queer people, who receive the sexual attractions -- unwanted or not -- of men in hiding. What unspools is a tale of melancholy and repressed sexual desire. As the narrator, GIMI plays the model for which closeted men's fantasies come alive, alternately coquettish and all-knowing. What's it like to give? What does it mean to receive? Most of all: what is at stake?

Listen to GIMI's debut single exclusively premiering through PAPER, and read on as the singer, who now lives in London, talks about being the queer pop star he always wanted to be (and to see), his affinity for melancholy, and navigating public spaces where safety is a risk.

The song tells a story about something that a lot of people experience - but it's kind of rare to see it spelled out like that. It obviously comes from direct and personal experience. Was there a specific moment that inspired you to write the song? Why did you feel the need to tell this story?

Being from Kosovo, I went there for the first time in 5 years, I hadn't been there since I moved to London. It kinda just threw me. Because I hadn't been there in so long, it was such an intense experience. It's really hard to be queer in Kosovo. While I was there, I had so many conversations with closeted people and then even walking down the street, I could feel people staring at me and looking at me differently and that's really what inspired me to write the song. In Kosovo a lot of people live double lives, where on the surface they live their straight lives, married, with kids, etc. and then, on the other hand, they might be queer and don't act on it and just live how society expects them to live.

Men are sometimes raised to think in certain ways and believe certain things, it's really like a toxic masculinity complex and I think it can create fear in the individual receiving it. Your song is a reclamation and you're kind of saying that you see what's happening and you're kind of flirting with the idea, but there is a real danger there too. Can you talk about that?

It's hard for me to explain sometimes, I put these feelings into a song and write the lyrics. I find it so hard to explain the thoughts behind it. It is a whole toxic masculinity concept that men use to hide behind their feelings and prove something to themselves and the people around them. When men see a woman walk down the street and start catcalling them, I think that has something to do with them being afraid of who they actually are. They want to prove to their peers that they are this traditional male and show that they have the power to be able to catcall whoever they want.

When I was in London, I was walking down the street and there was this guy, he was sitting next to what looked like his girlfriend. I made eye contact with the guy and he was like "what are you looking at you fucking fag," and I wondered what made him feel the need to say that to me and why he felt that was an okay thing to do.

What was it like then, growing up in Kosovo knowing you were queer?

I was born in Kosovo, but we left in '92 because of the war. We moved to Denmark and that's where I was raised and then I moved to London. I have been going back to Kosovo since I was young, every summer with my family. When I moved to London I stopped going back as much and didn't really think that much about life in Kosovo. London is such a Liberal place and after living there for a while before going back to Kosovo, it really put things into perspective for me. Kosovo is a very conservative place. It's such a different lifestyle and way of living over there.

How do you navigate being in public in Kosovo?

I am completely open with my family in Denmark. They have taken on the Danish lifestyle, so they are more accepting, but I act differently around my family in Kosovo, I'm not as open as I am in a place like Denmark or London. In Kosovo queer doesn't really exist, it was never a topic of conversation and no one ever called it out there. I've had to censor myself there and not talk about. I've had to hide parts of my personality. There is such a big difference in how I feel there compared to anywhere else.

How did these experiences shape your songwriting?

Having to hide and not be able to be myself in the past has really inspired me to write these songs that are unfiltered and out there. The things that I couldn't express in the past, I express now through my music and lyrics.

Are you recording an EP or an album at the moment?

I am releasing this single and then I will be releasing another single shortly after. There is a possibility of an EP in the future.

The song is radio catchy and dance floor friendly- just something that you can bop around to, but then you have these lyrics that are shocking.

That's definitely what I have been going for. With pop music, you can really get your point across in a way that you can't really do in any other genre. Pop is very in your face. With these lyrics and this story that I want to tell, I wanted to reach people and get my message across subconsciously - whether they listen to it while dancing around or if they are actually listening. It has this whole meaningful story behind it.

Are you making a video for this song?

I want to, I have a cool idea for a video, but I'm just going to see how things go with the song and then think about a video after.

Right now there are more queer artists than ever coming to the forefront and sharing their stories. What do you think about the movement around queer visibility and representation?

I think it's amazing. There are so many queer artists for people to identify with. I was actually talking earlier with my boyfriend earlier about how if I were to hear a song by a queer Albanian guy growing up, how much that would've meant to me while coming out and while I was on my journey. I want to be a voice for people and be a source of empowerment.

Who did you look to for inspiration when you were younger?

Growing up listening to Antony and the Johnsons [now Anohni] was so liberating for me. Their music was so relatable for me on so many levels. My favorite song was “I Fell In Love With a Dead Boy.”

What about her music struck you when you were younger?

It was the whole unfiltered concept in her music. It was very raw and honest. It really spoke to me because she was storytelling within her music and was so honest.

With this song, what are you hoping that people can understand?

I want people to have good time and dance to it. Most of all, I hope people can relate to it and find liberation within it.