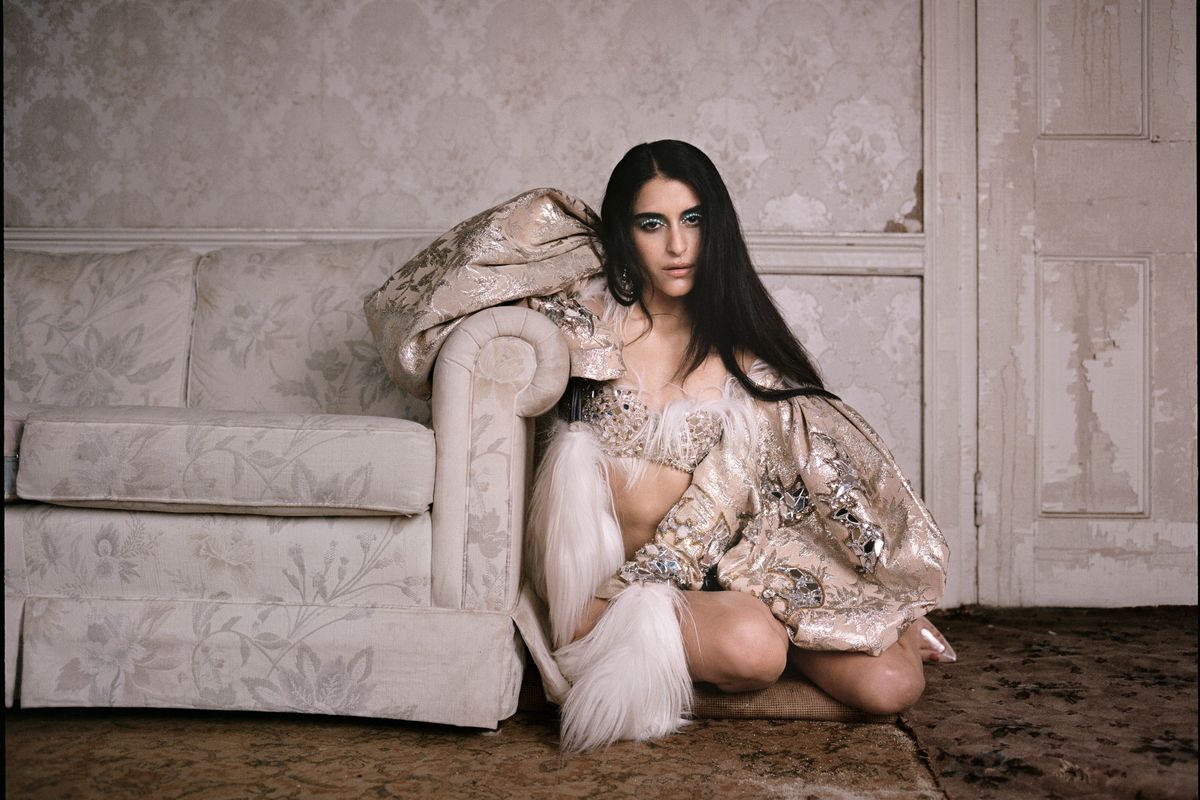 Gia Woods' Seven Things to Cut From Your Life

Gia Woods just released a video for her Cut Season single, "All I Know," and it features all the faces that redefined pop stardom. Directed by Joe Desantis, the visual references early 2000s music videos and the female artists coming up during that time, including Britney Spears, Christina Aguilera and Nelly Furtado.

"I wanted the video to really showcase the different personas viewers can project onto pop musicians or personalities they see online," Woods said. "So I referenced different female icons/music videos from the early 2000s. The video is all based around me living in a fan-demanded 'live experience' inspired by the Truman Show and the early aughts. Whatever the viewers wanna see they get. By the end you see me 'waking up' and taking the control back."

Woods continued, "I think the video compliments the song perfectly because at the end of day you're always stuck with yourself it's important to be happy in your own skin and learn how to love yourself. Instead of trying to live up to other people's standards and expectations. It can only get you so far until you feel like a product of society. I want people to take that control back and especially as females in the industry showing female empowerment."

"All I Know" is lifted off Woods' debut EP and we know all about the importance of Cut Season at PAPER. According to Woods, here are seven things you can cut out to genuinely improve your life.

It's time to get your screen time down hunni! I mean, how many times a day do you need to watch the same stories from different IG accounts through random acquaintances or TikTok trends that no one will even remember in a week?

Because why torture yourself? That "thing" you need to get done isn't going anywhere, but you'll probably end up pulling an all nighter or breaking out cause you're too stressed.

You don't wanna be that person. Period. It's not cute! I would know!

Where do i even begin... just why? There's so many better people out there in the world. Kiss that relationship goodbye and go treat yourself to a nice dinner or have someone come bring it to you.

Why is everyone so obsessed with making their life look perfect? And why is it so uncomfortable to be vulnerable and genuine online? I think we should all make that the new normal.

6. Putting Off a Vacay

Change is inevitable and you can never get too comfortable. There's nothing but room for growth for better or for worse. Take it as it comes!