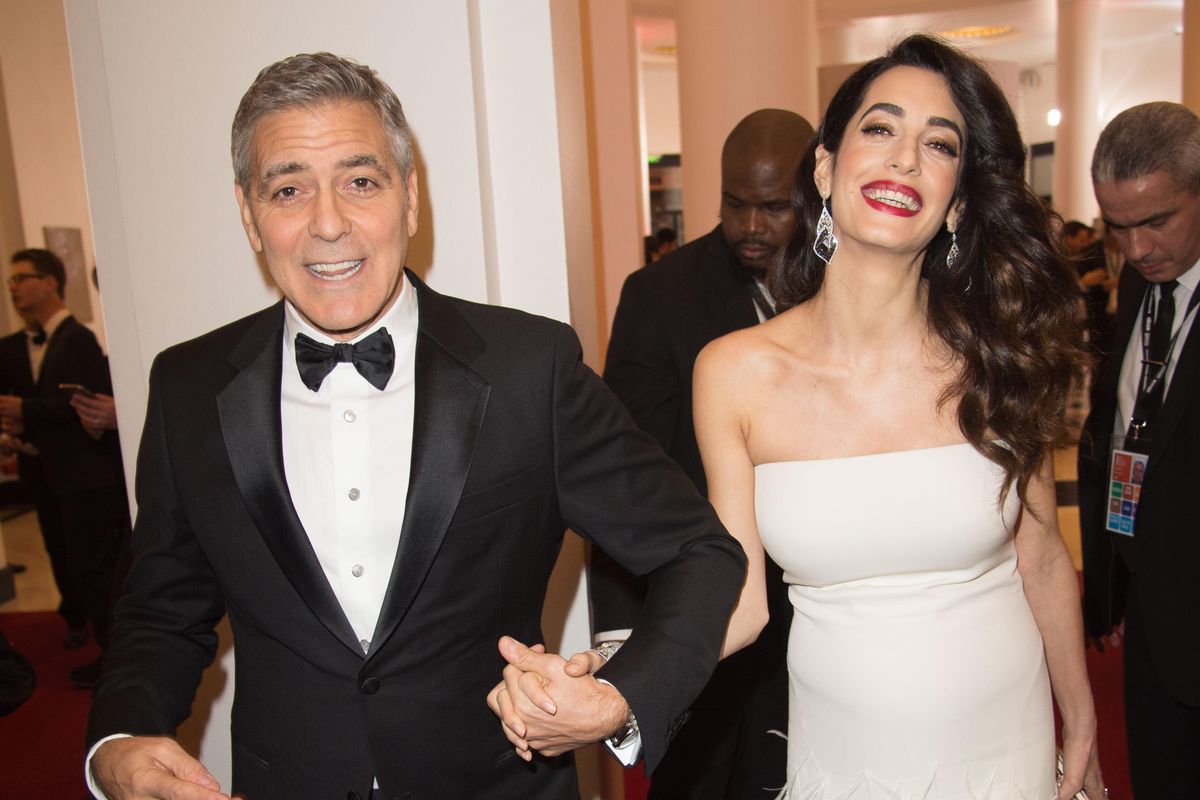 THIS IS NOT A DRILL. The babies of human rights barrister Amal Clooney and former ER actor/tequila purveyor George have arrived, healthy and wonderful. One boy and one girl have exited the womb of the very intelligent, very beautiful Amal and their names are Alexander and Ella.

A rep told The Hollywood Reporter that all is well in the Clooney household – except for George. "Ella, Alexander and Amal are all healthy, happy and doing fine. George is sedated and should recover in a few days." He ha hoo, George!

The two have been married since 2014, when George renounced his lifestyle as a serial Casanova, and the actor has since gushed about his new wife on multiple occasions, telling various outlets he is constantly "impressed" by her.

"She's an amazing human being," he said to Entertainment Tonight in 2015. "She's caring, and she also happens to be one of the smartest people I've ever met, and she has a great sense of humor," Clooney continued, "I'm always very proud of her when I see her speaking at the [European Court of Human Rights] in Strasbourg, with her robe on. Very impressive."