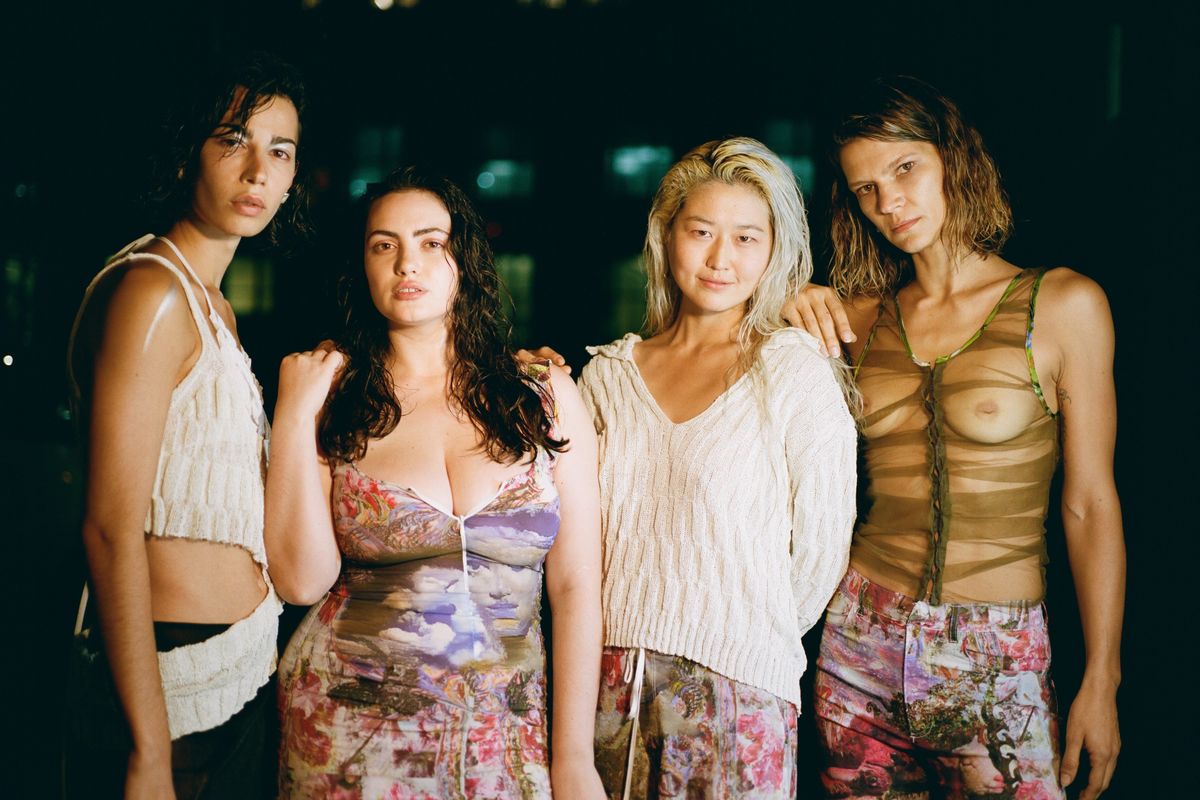 Gauntlett Cheng designers Esther Gauntlett and Jenny Cheng wanted to escape. "We were thinking about summers," they said of their spring 2019 collection. "Fantasies about European vacations so distant from our hot studio, nostalgic summers of our past and our city." New York nostalgia always plays well — the crowd cheered when models walked to a remix of The Strokes' "Someday" by musician Esra Padgett (aka Chicklette).

The show, held in a pleasingly decrepit space on Canal Street, was local. But the clothes, which were nonchalantly sexy, made you want to get away. "We wanted those strange and beautiful moments of slipping between bathers and clothing," said the designers. "Half-dressed and maybe still a little wet."

Models were shown with wet hair and wore oyster-inspired earrings by artist Bea Fremderman, lending a mermaid effect to the proceedings. Slinky silk dresses bore tropical flowers and rippled off the body; knits, a brand signature, were breezy enough for the beach. Dresses and trousers were rendered in a chaotic pink print based on tapestries by artist Jared Madere.

Related | Yasmin Geurts: Most Likely to Become a Supermodel

People like to throw around the concept of body positivity for clicks and sales. But Gauntlett and Cheng make embracing a flesh sack look really, really easy; their clothes have cheeky cutouts and transparencies that feel less about overt sexiness and more about comfort with one's form. Models like Lili Sumner, Torraine, Georgia Pratt, and Yasmin Geurts looked happy in their clothes. We think clients will, too.