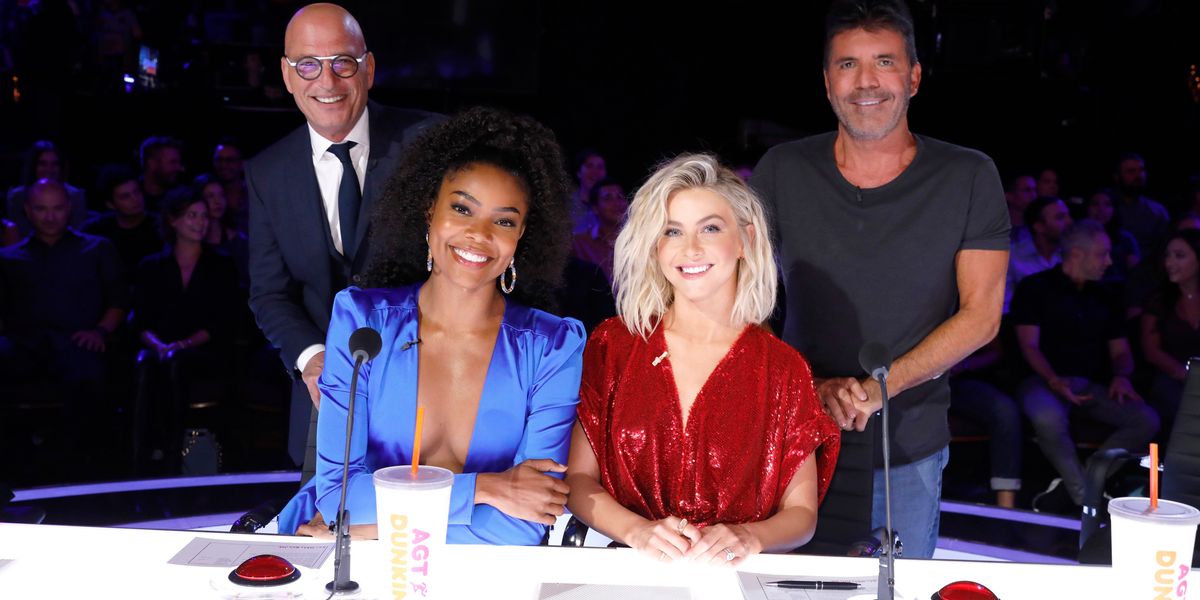 In the wake of Gabrielle Union being cut from America's Got Talent's judging panel, new reports have begun to surface surrounding the toxic workplace culture allegedly facilitated by NBC and the show's producers.

Over the weekend, writer B. Scott reported that Union had been terminated as a result of speaking out about "problematic" situations on-set. And now, a new report from Variety appears to corroborate this, as it seems as if Union — who was only on the show for one season — was ousted after speaking out against several disturbing on-set incidents.

One highly-cited example involves Union's concerns about a racist joke made by guest judge Jay Leno.

Back in April, the judges were in the middle of taping an interstitial segment together when Leno joked about a painting of Cowell and his dogs, which was on display in the hallway. Leno's commentary? That the dogs looked like something you'd find "on the menu at a Korean restaurant."

And though the bit was cut from the actual broadcast, despite Union urging producers to report Leno's offensive joke to NBC HR, nothing really happened, according to multiple insiders.

Not only that, but Union was also amongst several staff members who expressed concerns over a white male contestant whose "talent" consisted of impersonating famous singers via quick costume changes.

Unfortunately, one of his stars was none other than Beyoncé and, even worse, his hands apparently "appeared as black, meant to be a character accent," according to three audition witnesses. Unfortunately, producers apparently dismissed Union's misgivings, which she reportedly brought up multiple times. They did, however, eventually cut his audition from the episode.

But to make things even worse was the revelation that Union and fellow female judge, Julianne Hough, were reportedly given extensive notes on their physical appearances.

Additionally, Union was apparently subjected to continued criticism surrounding her hairstyles, which were "too Black" for AGT's audience, per four different sources. And while one network source said there was feedback about "hair continuity" for both women, the fact that this critique even surfaced is highly troubling.

Following the news of Union's firing, Dwayne Wade defended his wife, saying he's "even more proud" of her for, "standing up for what she stands for and that's US," according to People.

And while Union herself has declined to comment on the situation, NBC and AGT producer Fremantle wrote in a joint statement that the show "has a long history of inclusivity and diversity in both our talent and the acts championed by the show," and continued to assert that they have a rotating cast of judges.

"The judging and host line-up has been regularly refreshed over the years and that is one of the reasons for AGT's enduring popularity," they continued. "NBC and the producers take any issues on set seriously."