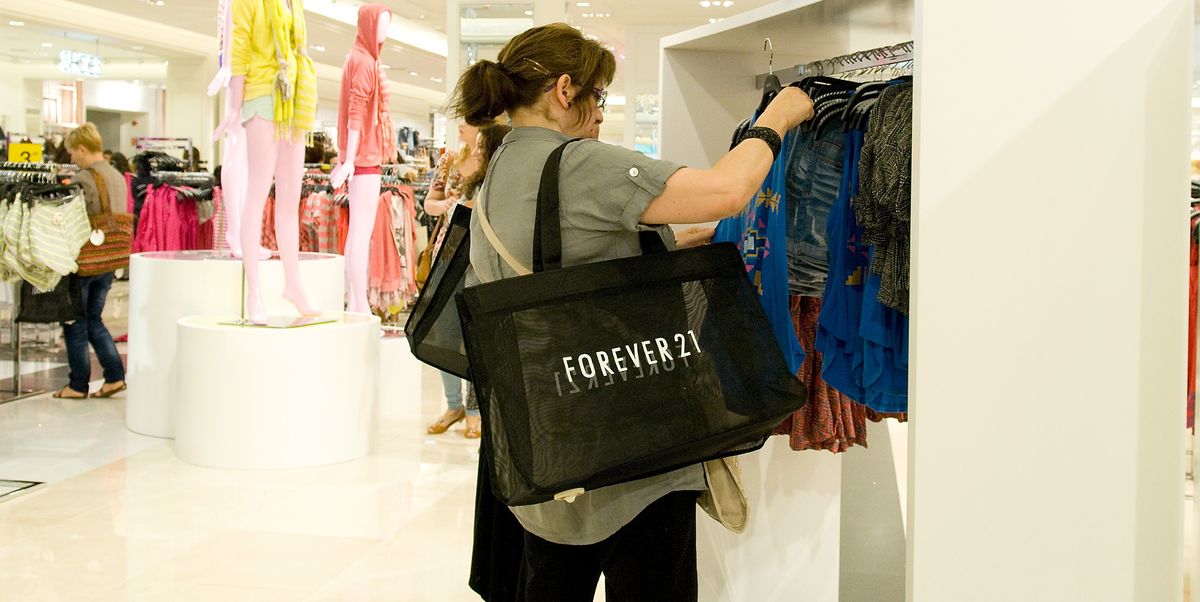 There is a long history of high fashion brands suing lower fast-fashion brands (Zara, Urban Outfitters, etc.) for ripping off their designs. The trend is particularly disastrous to those big companies, who display their designs on a runway months before they will ever be available to purchase in a brick-and-mortar store or online. On the other hand, fast-fashion labels can look directly to runway shows and immediately produce ripoffs that can be on their shelves within weeks.

All this is to say that it is extremely surprising to hear that Forever 21 is flipping the script and suing Gucci. But, of course, Forever 21 isn't suing Gucci for ripping off their designs — after all, how does one rip off a ripoff? Instead, Forever 21 is suing Gucci in an attempt to stop being sued by Gucci. Though I'd argue that it makes more sense to simply stop stealing designs from other creatives, Forever 21 has tried to preemptively protect their right to copy.

Gucci is widely recognized for their striped designs, particularly those with a blue-red-blue or green-red-green pattern — and it's worth mentioning that the Italian house has had a trademark on that pattern since at least 1988. However, in the lawsuit, which was filed this week in the U.S. District Court for the Central District of California, Forever 21, referring to themselves as an "American success story," alleges, "Many clothing and accessory items adorned with decorative stripes colored blue-red-blue or green-red-green are sold by countless third parties. The colors red, blue, and green, and stripe designs, are among the most favorite, popular and widely used colors and design features on clothing."

Gucci first sent a cease-and-desist to Forever 21 in December 2016 as they worried that the brand's oddly similar designs would be mistaken for an official Gucci product — which could possibly taint the image of the well-known Italian house and lead to a depreciation of their product. The lawyers at Forever 21 don't agree though, claiming, "Consumers are not likely to be confused into believing the Striped Products sold in Forever 21's stores by Forever 21 are manufactured by, sponsored by, authorized by, or otherwise associated or affiliated with Gucci."

In a statement given exclusively to The Fashion Law, representatives for Gucci said: "Forever 21's reputation for being accused of profiting from the trademarks and copyrights of others, including Gucci, is well established. Now, in an effort to distract from its own blatant infringements, Forever 21 is attempting to attack some of Gucci's most famous and iconic trademarks. This will not deter Gucci from pursuing its own claims against Forever 21 as port of its ongoing commitment to the vigorous protection of its valuable intellectual property rights and distinctive brand identity.""