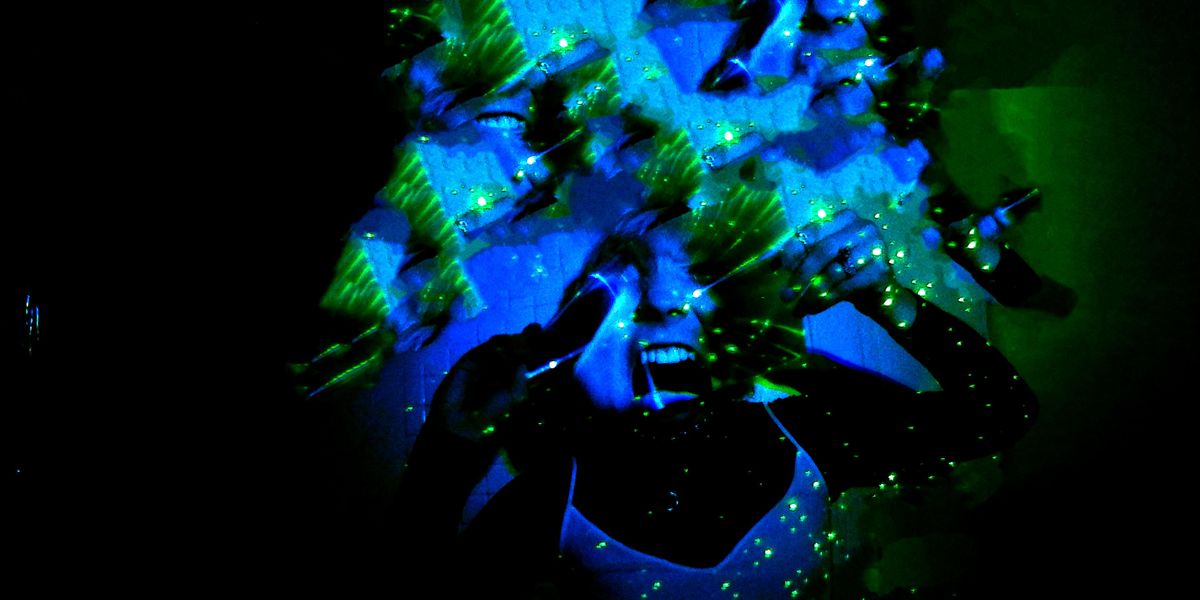 Folie and Bean Boy Tear It Up on 'Clean2'

Alongside the announcement, Folie is giving a taste of what to expect with the project's first cut, "clean2." Teaming up with labelmate Bean Boy, "clean2" sees Folie combine clanging industrial percussion with an array of abrasive scrapes, heavily distorted vocals and squeaking sound effects that tumble into a ripping buzzsaw drop. It feels like a mosh pit opening up in scrapyard — frenetic and edgy with a slight risk of getting tetanus if you're not careful.

"In terms of the collab with beanboy I was extremely grateful to work with them," Folie says of the track. "Their sound design is incredible and inspiring. They gave me so much to work with. This song would not be what is without them, of course like any of my collabs, but they put a lot of work into and I'm grateful they were down to have it on the mixtape. Collaboration is something i'm fairly new to, to this scale. It went so well though and I'm excited for more in the future."

"clean2" is closer to what two robots fucking would sound like than any of early 10s American dubstep, like Skrillex, who Folie cites as a big influence. Adding to the levels of h-word, the singles arrives alongside a Harrison Wyrick and Parker Davis-directed animated music video that bombards viewers with acid-warped cartoons, burning Chase Bank branches and the imperative, "Fap to the Beat," in a face-melting onslaught reminiscent of Flying Lotus' visuals if they were rendered in MS Paint.

As to what to expect from 123!, Folie says she was largely inspired by her friends and collaborators. "There's so many hints of Gupi, and Dylan [Brady] and Fraxiom and Aaron Cariter all over, and I finished a lot of it after 'cortisol/ragoon' and was just inspired by all the people around me at the time," she says. "For my future projects I have lots of plans to really deviate far from the styles I've established while still maintaining sounds and the Folie identity within my music. But it was really fun just to make stuff in the moment that was inspired by the friends and community around me."

Watch the official music video for "clean2" by Folie and Bean Boy, below, and make sure to keep an eye out for 123! landing on Dog Show Records, March 25th.