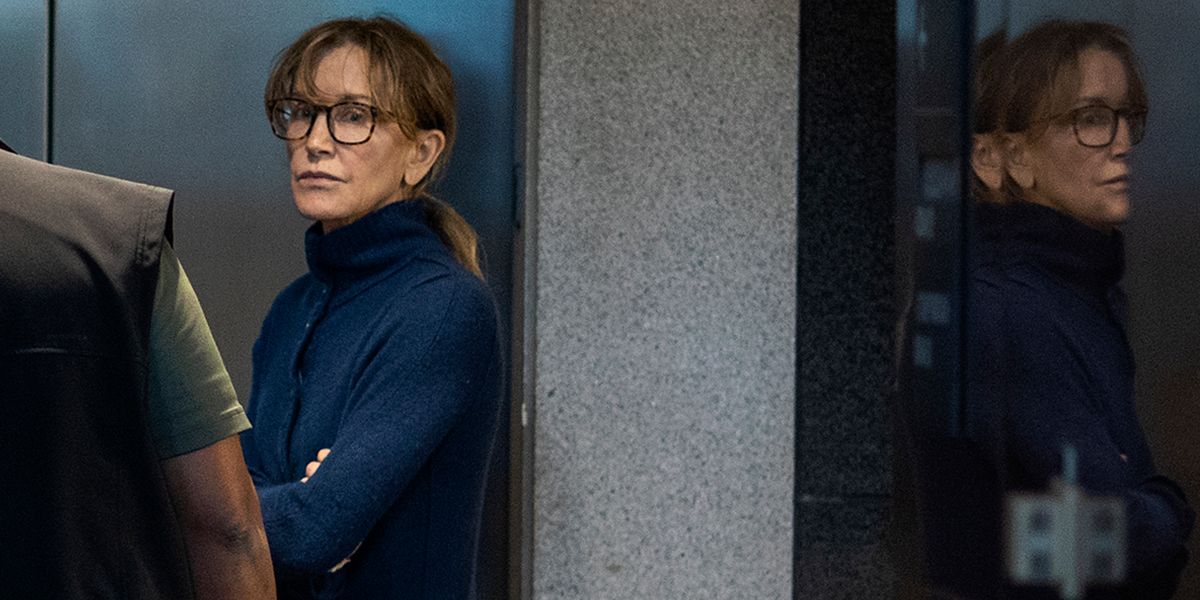 Felicity Huffman Pleads Guilty for Scamming Her Daughter Into College​

Olivia Jade is reportedly "very upset" with her mother Lori Loughlin (Aunt Becky) for her ties with Operation Varsity Blues, the college admissions bribery scandal. (Loughlin's actions have led to Jade leaving USC and losing a number of lucrative beauty deals). While Loughlin has yet to plead guilty for federal fraud and conspiracy charges that could land her up to 20 years in prison, Felicity Huffman is now officially one of 14 parents doing so.

Today, the former Desperate Housewives star released a statement apologizing for her actions. "I am pleading guilty to the charge brought against me by the United States Attorney's Office," the statement reads in part. "I am in full acceptance of my guilt, and with deep regret and shame over what I have done, I accept full responsibility for my actions and will accept the consequences that stem from those actions."

Huffman reportedly plead guilty in order to secure a speedier trial and to avoid jail time. This also spares taxpayers from paying for said trial, which is perhaps a perverse sort of justice, all things considered. Meanwhile, the public is still waiting on autograph-signing Aunt Becky, who has since been fired from Fuller House, and husband Mossimo Giannulli, to join Huffman.

Earlier this year, an investigation was launched by the FBI, called Operation Varsity Blues, when it was discovered that William Rick Singer, a college admissions counselor, had unethically facilitated college admission for children in more than 750 families, per his own admission. United States federal prosecutors claim that at least 50 people are alleged to have been part of the scam, which is reportedly the largest of its kind to be prosecuted by the US Justice Department.

Parents of college applicants are accused of allegedly paying more than $25 million between 2011 and 2018 to Singer and his associates. Loughlin paid $500,000 to get her daughters into high-ranking schools, while Huffman, who is married to fellow actor William H. Macy ,is among those who paid the least of those being charged: $15,000 for a proctor to correct her daughter's SAT answers.