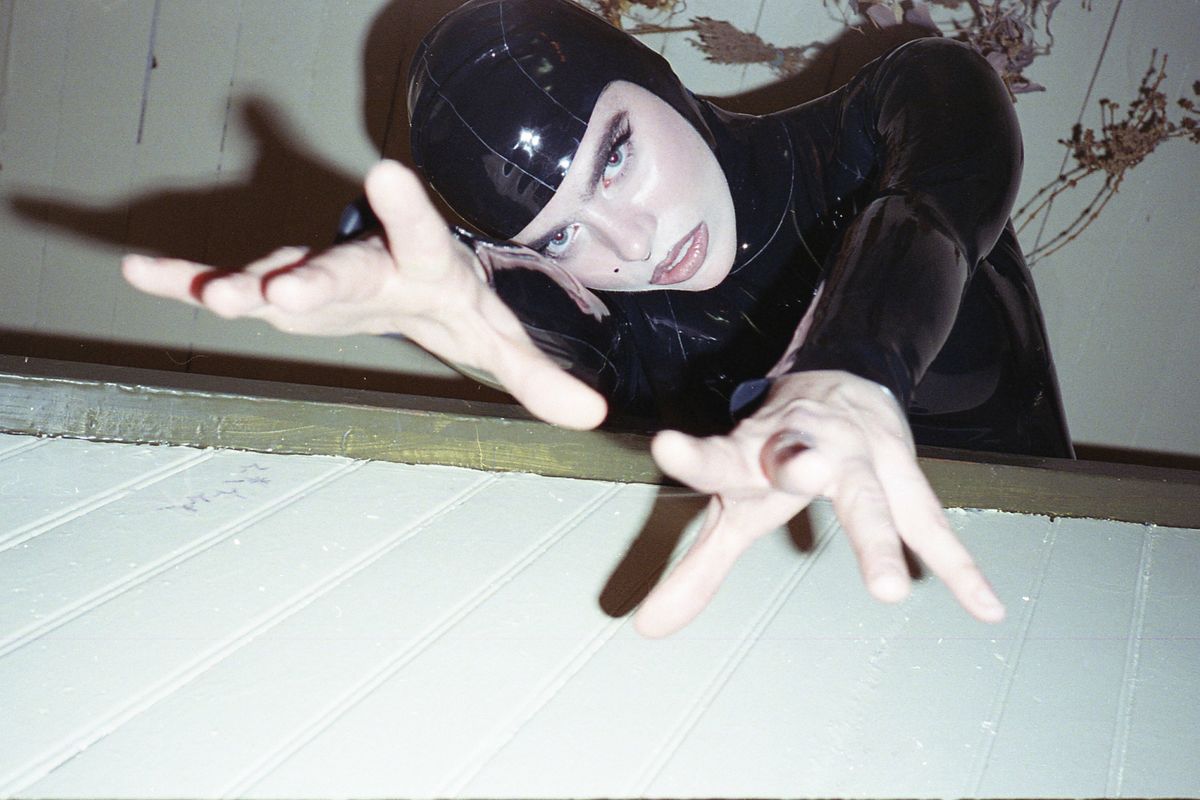 The four songs on her recent EP Blood Sisters are already hauntingly danceable, but now Kairyte has teamed up with Bound to remix all four tracks, featuring her favorite artists in the scene: Silent Servant, Minimal Violence, Multiple Man and Kontravoid. The remix EP marks Kairyte's first ever project with label support, and Bound's first-ever release.

Remixed, Blood Sisters is bolder, spookier and more visceral than ever. You'll likely be hearing these tracks on the dance floor in 2020, so we chatted with Kairyte about to learn more.

What is your relationship with NYC nightlife? When did you first start participating?

In 2012 I lived in New York for two years or so. I was struggling, I didn't really get to experience much nightlife. Any fantasy about New York had quickly worn off and I was just working all the time to survive, and then pondering my identity as an artist on my commute. Ironically, it wasn't until I moved back to Chicago that I got to experience the city's nightlife during my trips back. Some special nights at 285 Kent, R.I.P. Fast forward to 2019 and Katie Rex (creative director at Bound) invites me to be a part of her boundary-pushing BDSM event series Bound.

What was the experience of working with Bound, specifically a nightlife label? How would you characterize the community of artists you drew on for the remixes?

Ever since playing my first Bound party in January of this year, I knew Katie was my girl. It's rare but sometimes you meet people in life that vibrate at a higher frequency. I immediately felt that with Katie, we just clicked. She's had me on Bound events in New York, Detroit and LA — it's been an awesome ride. I really stand by the work Katie is doing and am incredibly grateful to her for giving me a platform to share my vision alongside some of techno's greatest. So when she approached me with the idea of expanding Bound into a record label and putting out a FEE LION remix package as her first release, I didn't have to think twice. This was a first for both of us. I had never worked with a label, Katie had never started one, so it was exciting to take on a project while learning about it at the same time. I'm really proud of what we were able to put together.

Related | Is New York Finally Getting the Techno Club it Deserves?

Why these four artists? What drew you to each one?

Kontravoid had already been working on a Blood Sisters remix prior to the Bound project. We actually tried to work on it together in my Chicago studio and I admit, I totally ruined the track. I was trying to chop up my vocals or something and it just did not work. We ended up scrapping it and Kontravoid came up with the version that is now on Bound. The addition of Silent Servant, Minimal Violence and Multiple Man was just too perfect. To me, they are all more than musicians: they're artists creating exceptional visceral experiences. When I listen to these remixes, I feel them in my heart, I feel them in my bones. I am head over heels in mad love with everyone on this project. This group is just so incredibly talented and I am repeatedly inspired by their work. It has been amazing to hear their sounds paired with my voice, I feel honored.

Tell us about the music video for the "My Man" remix with Minimal Violence.

I woke up one morning, after being stuck in bed for five days with a violent case of food poisoning, feeling incredibly trapped in my meat cage. For whatever crazy reason the first thought in my head was… I want to shoot a music video. I called up my favorite Chicago girls Giselle Gatsby and Jackie Trezzo and they documented me running wild in an abandoned building. Minimal Violence's remix of "My Man" blows my mind. Their take on the song is feverish and aggressive which was completely in line with my state of being. To me, the video is a performance piece exploring what it feels like to be stuck in a body.

Right now I'm deep cleaning my house in preparation for the New Year. Mentally, I'm in a better place than I have been in some time and I'm doing everything I can to surround myself with good energy. I can't help it, I naturally set high expectations myself. It's like 2017 is gonna be my year. 2018….it's gonna be my year for sure this time. 2019…this is the year, I swear we're gonna make it big baby! It only sets me up to feel defeated at the end of the year when I haven't reached this fantasy level of "ultimate success." I'm constantly being reminded that it's about finding ways to fall in love with the climb and making a point to celebrate the tiny milestones along the way. Life is unpredictable and full of surprises — I have no expectations for 2020. I'm focusing on finding a steady rhythm in the studio, working on a few secret collaborations, releasing new music and trying to do it all at a pace that doesn't compromise my sanity.