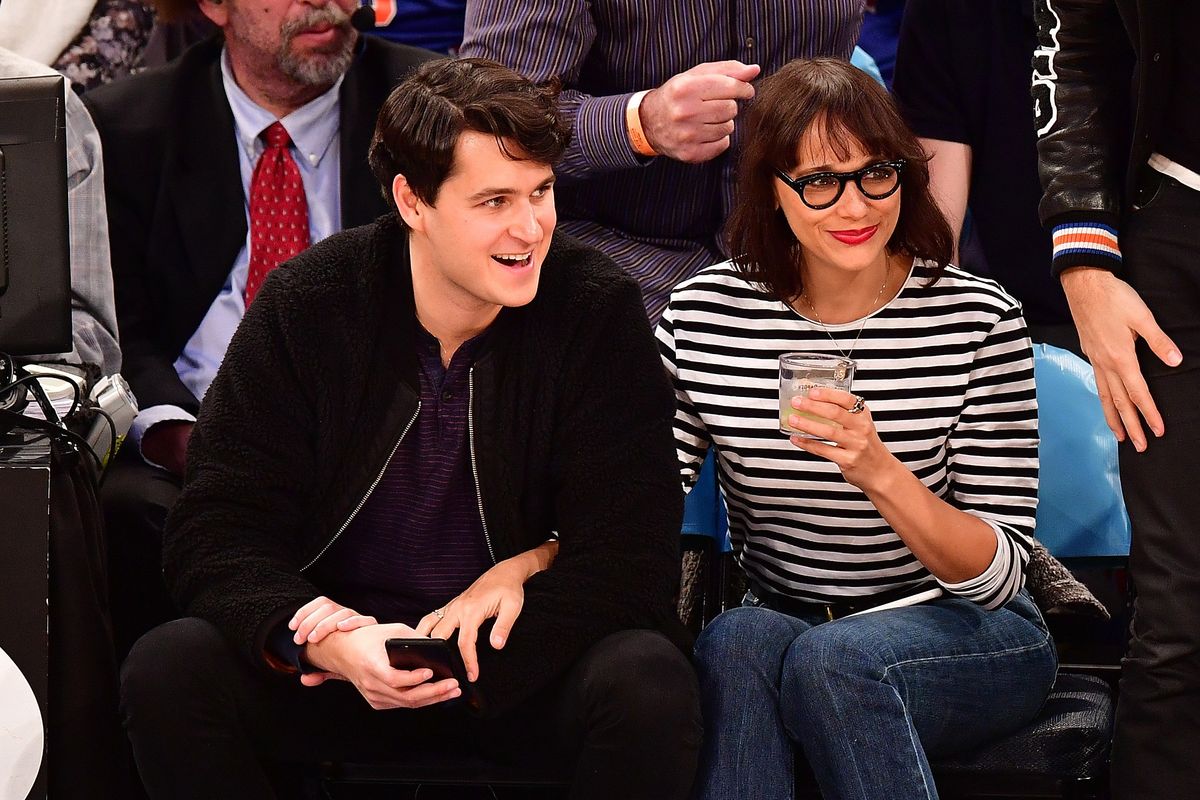 How Did We Not Know About Ezra Koenig And Rashida Jones?

Oh right, we did.

We are stunned to wish Vampire Weekend frontman Ezra Koenig and Rashida Jones a belated congratulations on the birth of their first child, who, it has been confirmed by E! News and The Blast, is named Isaiah Jones Koenig and was born on August 22.

Wow! We are simply charmed! What a satisfyingly likable couple! We're almost shook by the net charisma of the union of our sensitive, sweatered Bernie-rally playing angel, who penned the soundtrack to our high school fantasies, as we watched him grow up from an indie rookie spouting jangly sweet nothings into a genuinely brilliant musician—and our, to borrow a some choice words from Leslie Knope, "opalescent tree shark," "poetic and noble land-mermaid," "cunning, pliable sunfish" who gave us Ann Perkins, well-crafted docs like Hot Girls Wanted, and killer film and TV like Angie Tribeca and Celeste and Jesse Forever. It's a pairing that seems to come out of nowhere, and yet makes extreme sense: both belong to the Venn diagram circles of celebrities who make good art, seem genuinely nice and aren't typically involved with drama.

Ezrashida's progeny, the heir to twin indie rock and film/television thrones, is slated to be the most well-liked child in the world, and destined to grow into extraterrestrially talented and attractive multi-hyphenate. Or crash and burn from the pressure. Yikes, we're already anxious for him!

I guess this means we can't be mad that Koenig has been too busy being an attentive parent and partner over the last year to put the finishing touches on the long-awaited Vampire Weekend follow-up to Modern Vampires Of The City, which he told us last September, was "80% done" and updated us in May was "94.5% done."

The real question on our and everyone's minds/Slack channels this afternoon is: "Did we know about this?"

Like me, you probably felt a quiver somewhere in your frontal cortex indicating that at one time, you had consumed the pleasing information that the pair were dating. They were first spotted together at a Knicks game in 2016, and People reported last September that the pair were together, after sharing laughs at the 2017 Sundance Film Festival. So, while Koenig, 34 and Jones, 42 had not, until now, officially acknowledged their relationship, the answer is yes, we did know about this.

However, couple has kept their pregnancy militantly under wraps, appearing to control exactly who knew what when, offering support for the implications of Kylie Jenner's successful pregnancy blackout: that with careful planning it's perhaps not that hard after all for celebrities to keep their affairs private (if they're really trying, that is).

All in all, what a delightful turn to our Wednesday, thinking of a small squirming Jones Koenig out there in the world. We can't stop saying it: simply charmed.