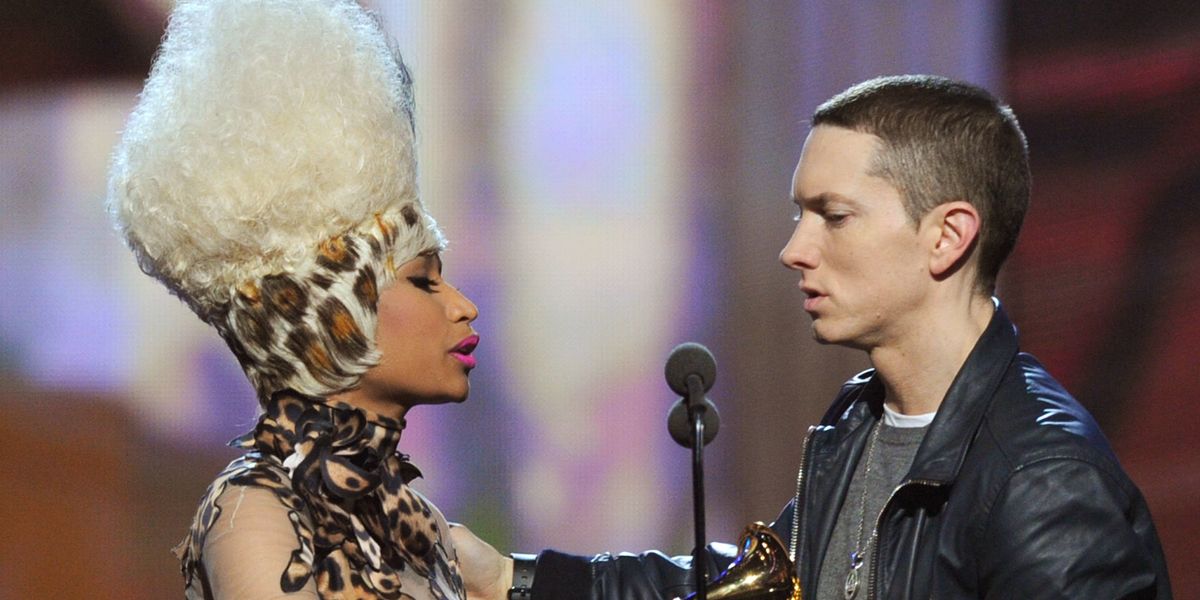 The Internet was thrown into disarray last week when Nicki Minaj, who split from rap legend Nas earlier this year, appeared to confirm her relationship with yet another rap legend: Eminem. But is it true?

No, apparently, but that didn't stop Eminem from professing his attraction to the Queens artist during his set in Boston over the weekend. The duo engaged in a joking exchange over Instagram ("Girl, you know it's true," Eminem said, with Minaj replying, "Babe, I thought we were gonna keep it on the low til the wedding. Yikes. I'll talk to you when I get home.") after Minaj sarcastically responded to a fan asking if they were dating with "Yes," but that doesn't mean Eminem wouldn't consider taking their friendship to the next level.

During his performance, Eminem addressed the rumors head on by asking the crowd whether or not he should date Minaj. While several female fans responded with "Nooo!", they were drowned out by a generally positive response to which Eminem replied, "Well, goddamnit, me too," before asking the Minaj to text him.