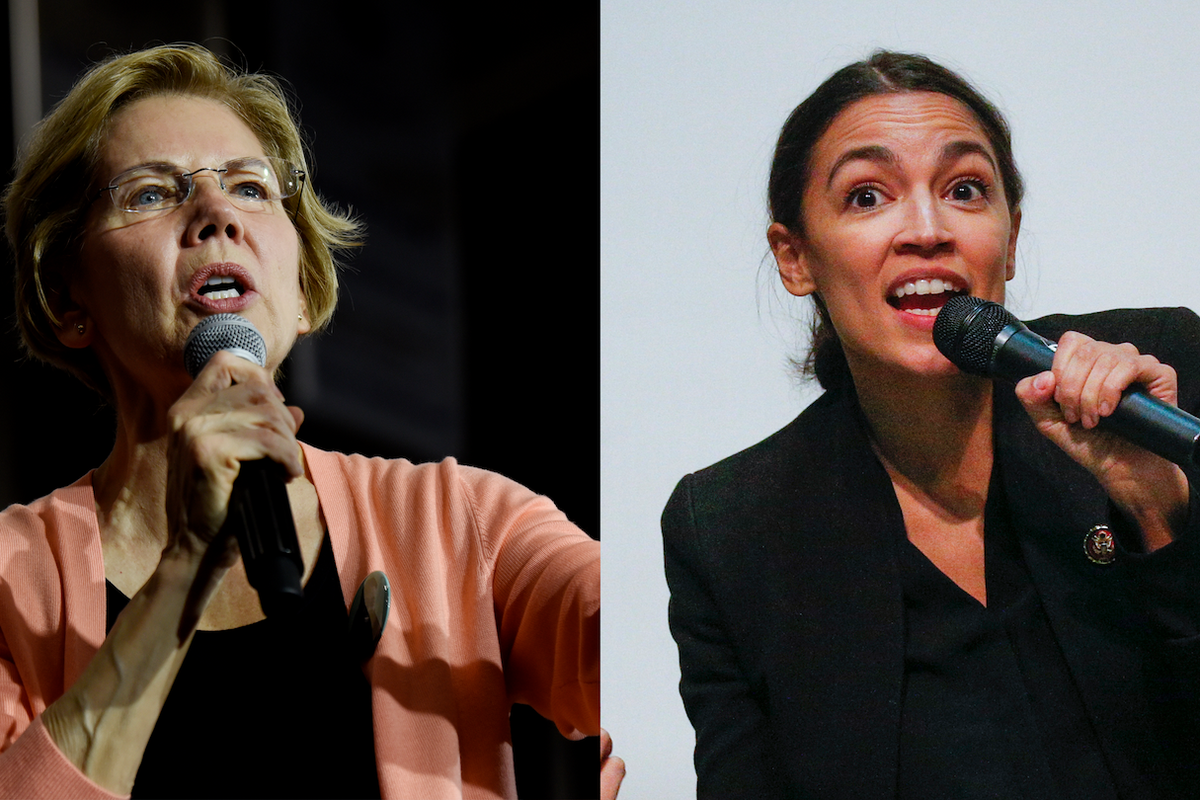 Taylor Swift vs. Big Machine Label Group is currently the talk of the town. As Tay-Tay fights for the rights to her masters recordings, and the right to perform her songs as she pleases, many have voiced their support for the singer. Even presidential candidate Elizabeth Warren and U.S. representative Alexandria Ocasio-Cortez have joined in on the conversation.

Warren retweeted Swift's message about her current dilemma on Saturday, and wrote, "Unfortunately, @TaylorSwift13 is one of many whose work has been threatened by a private equity firm. They're gobbling up more and more of our economy, costing jobs and crushing entire industries. It's time to rein in private equity firms—and I've got a plan for that."

Unfortunately, @TaylorSwift13 is one of many whose work has been threatened by a private equity firm. They're gobbl… https://t.co/u9WloiF74t
— Elizabeth Warren (@Elizabeth Warren)1573930598.0

And though AOC has expressed her support of Bernie Sanders' ticket, it seems she agrees with Warren regarding this matter. "Private equity groups' predatory practices actively hurt millions of Americans," Ocasio-Cortez tweeted. "Their leveraged buyouts have destroyed the lives of retail workers across the country, scrapping 1+ million jobs. Now they're holding @taylorswift13's own music hostage. They need to be reigned in."