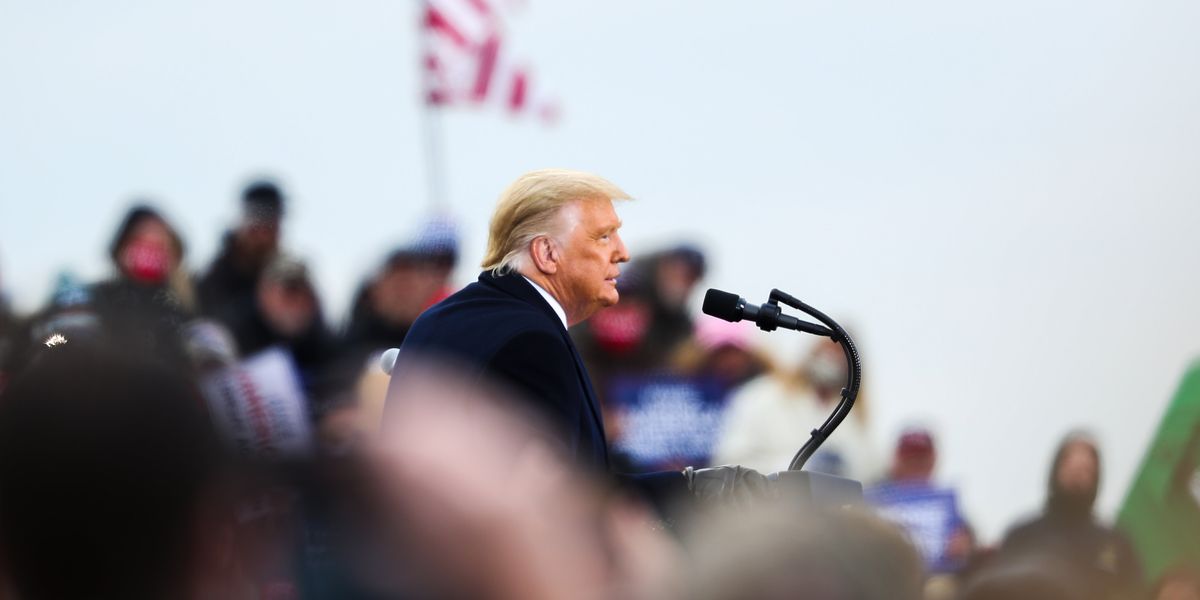 It Seems We're Living in a 'Veep' Episode

Although Election Day has come and gone, the election itself is still very much underway (as if 2020 wasn't long enough). The sheer volume of early and mail-in ballots, due in large part to COVID-19 safety measures, has resulted in some delays in key battleground states, including Pennsylvania, Nevada, Arizona, Georgia and North Carolina while poll workers ensure all votes are counted properly.

Currently, Joe Biden is ahead with 253 electoral votes, compared to Trump's 216, meaning we are closing in on the 270 benchmark needed to win the presidency and with margins as razor thin as 1%, the election may hinge on just a couple thousand votes.

Related | Nevada Is Officially a Meme

As the tally slowly rolls in, things are not looking promising for the incumbent President. So, naturally, as Trump begins to see his presidency slip away, he's returning to his comfort zone: nonsensical tweeting and attempts to discredit our democratic process. Rather than accept the results, he's crying "fraud" in states where he was ahead prior to mail-in vote counts, like Pennsylvania and Georgia, asking that election officials "STOP THE COUNT." Meanwhile, in states like Nevada and Arizona where the early voter turn out is leaning in his favor, Trump is asking that all votes be counted.

We have claimed, for Electoral Vote purposes, the Commonwealth of Pennsylvania (which won’t allow legal observers) the State of Georgia, and the State of North Carolina, each one of which has a BIG Trump lead. Additionally, we hereby claim the State of Michigan if, in fact,.....

If it feels like you're in a political satire TV episode, rather than real life — that's because you are. On Twitter, people were quick to call out some feelings of deja vu, comparing current events to Julia Louis-Dreyfus' VEEP, in which... the exact same scenario was played out on screen (except then, it was funny).

So, while we're all still on the edge of our seats waiting for those final states to count out their votes — here's looking at you Nevada! — one thing's for sure, 2020 continues to be a year of absolute clownery.