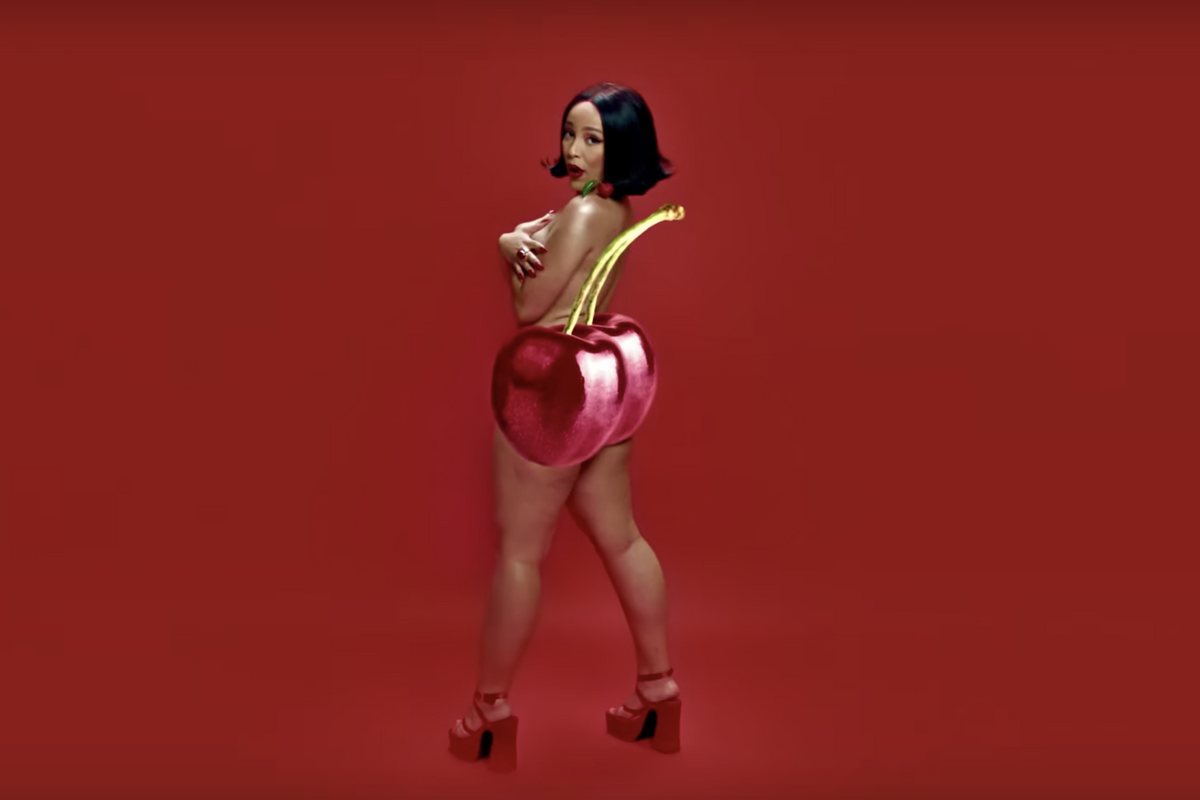 Other than Doja Cat posing as a cut in half as a watermelon — it just looks painful — every look from her new video for "Juicy" is on my list of potential fruit-inspired Halloween costumes. Cherries and peaches in tow, Doja Cat is capitalizing on the popularity of her newest TikTok hit from her debut record Amala and giving it a revamp. Not only did "Juicy" get its own video, but it now features a new verse from Tyga that wasn't originally on the record.

"Juicy" isn't Doja Cat's only track to get some well-deserved TikTok attention, with her twinning anthem, "Tia Tamera," featuring fellow rapper Rico Nasty, also going viral on the lip-syncing platform. It seems that TikTok is also wise to Doja's unique awareness of what goes viral and what doesn't, since the app makes several spon con appearances in the new video. Why wouldn't they? The song epitomizes everything the platform's about: it's short, bouncy, and just a little controversial. Let the #JuicyChallenge ensue.

Not to mention, Cherry Emoji Twitter is probably having a fit right now with all of the glossy cherry-inspired looks Doja's rocking in the video. From bare naked with a 3D-rendered cherry covering her cheeks, to a cutesy red bodysuit with a campy headpiece, "Juicy" will truly have e-girls and e-boys alike talking for awhile — or at least until Doja's next album drops.