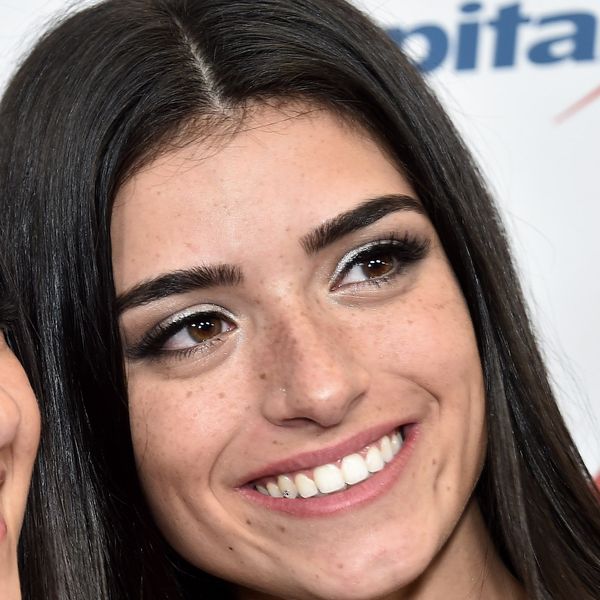 Dixie D'Amelio appears to have addressed the Blackfishing accusations leveled against her.

In response, a graphic comparing this new photo with an older pic and matching color swatches emerged, prompting many to accuse Dixie of Blackfishing, which is when "white women who wish to capitalize off of impersonating racially ambiguous/Black women for monetary and social gain," per Wanna Thompson's PAPER essay.

when will u apologize for this?????? pic.twitter.com/DSl2ImO3JH

In a series of screenshots captured by Twitter user @DefNoodles, internet users called on the star to apologize, writing that they were "just trying to educate you so you don't make the same mistake again."

Dixie D’Amelio Stans pleading for her to apologize for what they say is blackfishing. pic.twitter.com/USlOzvGNU7

However, others also defended Dixie by explaining she had a natural tan and was using a filter that made her appear darker. Meanwhile, others hit back at her critics by saying, "It's always the non-Black ppl abusing the word Blackfishing."

"It's honestly harmful to the Black community because it's taking away from the validity of it," as one commenter wrote, alongside another video they claimed was posted on the same day. "It was lichrally [sic] the lighting and camera that was used."

chile ignore them—— it’s always the non black ppl abusing the word blackfishing... and it’s honestly harmful to the black community because it’s taking away from the validity of it... it was lichrally the lighting and camera that was used. this was posted on the same day. pic.twitter.com/K9WhvQtYhA

That said, Dixie appears to have responded to the backlash in a tweet saying she "never wants to hurt or offend anyone."

"I love you all and i hope y'all know i never have bad intentions ever," she wrote.

I never want to hurt or offend anyone. ever. I love you all and i hope y’all know i never have bad intentions ever🖤