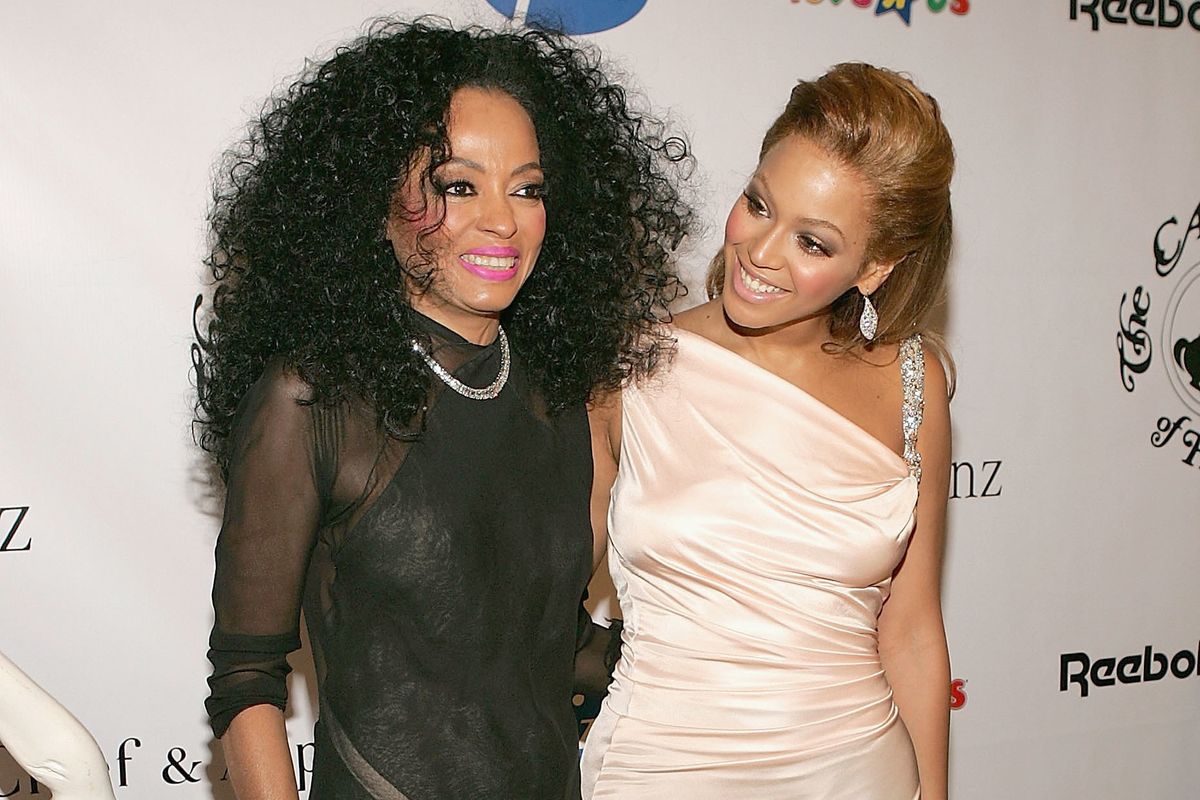 Last night, Diana Ross celebrated her three quarters of a century as one of the most accomplished women in music. The legend rang in her 75th with a lavish Hollywood birthday party attended by multiple Kardashians, at least one Jenner, DJ Khalid, P. Diddy, her son Evan Ross and his wife Ashlee Simpson, and her daughter, icon and Instagram extraordinaire Tracee Ellis Ross.

A glorious moment of the evening was captured online. Tracee (putting all other daughters to shame) was emceeing and secured a Beyoncé-sung "Happy Birthday" for her mom. "Beyoncé, are you still here? Do you want to sing happy birthday?" she called into the crowd. Beyoncé, who could probably charge $100 thousand a word for HBD serenades, emerged to performed a flawless rendition of "Happy Birthday" while beaming at the legend who she once essentially played in Dreamgirls.

Naturally, one diva to another, it's replete with silken vibrations and impossible somersaulting "ooooohs." And naturally, it took place next to a massive glittering cake screen-printed with Diana's face and loaded with feathers and rhinestones (?).

Brighten your Wednesday with Beyoncé's adoring gaze on Diana and pronunciation of "Ms. Ross" as "Ms. Rawwwh-awwwh-awwwwhhhh-awwwww-as."