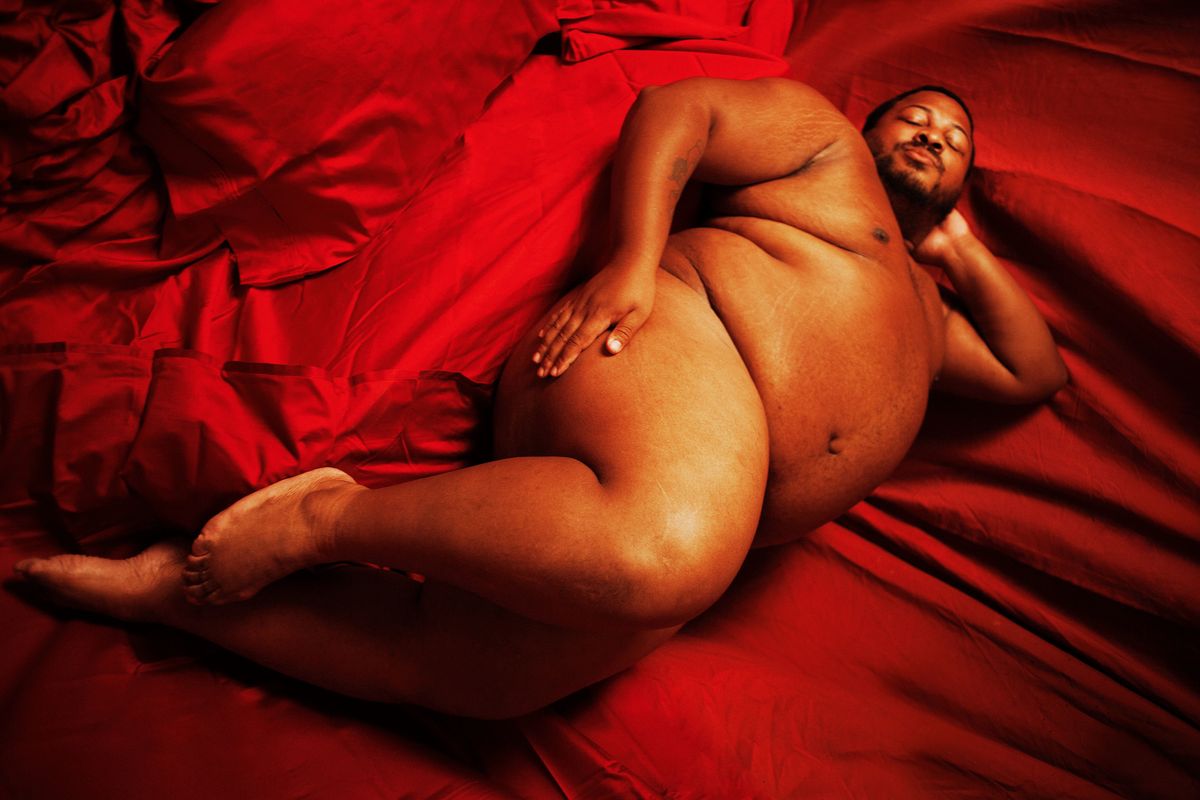 After raking in millions of collective views for his super-sassy strut in Marco Marco's 2015 LA Fashion Week show, Dexter Mayfield became a viral leader in the body positivity movement. He's earned it — his career as a model, dancer, choreographer, and actor has soared from there, and his visibility and self-love zeal remains incredibly powerful.

But Mayfield says he didn't see this journey coming.

"I honestly did not expect everything to take off like it has. That was nowhere in my mind frame," he says.

Carrying the body positivity torch, however, came naturally. Mayfield has repeatedly triumphed in standing out — shining with strength and confidence — despite arbitrary, but often rigid, norms. Growing up in Dallas, he was a member of his church's all-men's praise dance ministry, something practically "never heard of in the Black community." After more intense training in Houston post-college, he headed to LA and met the challenge of what he calls "a wake up call" in the competitive city, even as he saw very clearly how size affects opportunity. There's a place for him there, he notes — but the entertainment industry is inherently selective and subjective.

"Just with the nature of dancing, obviously it's physical work, so when I first moved here, I lost at least 100 pounds," he says. "Once my body kind of leveled out... not trying to gain [the weight] back, it just kind of naturally happened with my work schedule and different things like that, the opportunities always came when I was a little heavier."

He's grateful to have been passed "the baton" of body positivity, and is "taking it on full force." Mayfield has walked in more Marco Marco shows, but he's also representing self-love and acceptance deep into more stereotypically mainstream culture. In fact, he'd already broken in before he stunned the runway. By 2014, he'd already danced in videos for Sara Bareilles and J. Lo, was featured in a Target commercial, and had a role in the How to Train Your Dragon Live Spectacular, and the gigs kept coming. Last year, he worked with Katy Perry for the "Swish Swish" video — and then some.

"Working with her was honestly just one of the most eye-opening experiences I had last year," Mayfield says. "[She's] one of the first artists I got to do multiple projects with. Building a relationship, not just with Katy, but with Capitol Records, and working with Dave Meyers... like, literally having conversations on the phone with Dave Meyers! It just really opened my eyes to what I could potentially really be doing, and that's what I'm really gonna try and focus on this year."

He's also a director of choreography at Club Posers, a live dance showcase in LA Soon, he'll unveil online choreography content — it'll harken back to the days of obsessively memorizing moves from music videos on TV and, he hopes, will combine all his talents "in a way that hasn't been done before." Feel-good vibes and self-assurance in the process are also a promise — one we're sure he'll deliver on.

Even when Mayfield's doing fierce, whether in dancing, acting, or modeling (he's the centerfold in the spring Daddy Issues print zine, by the way), there's something incredibly joyful about his presence. Mayfield has plenty to be pleased about, no doubt. Delivering empowerment on that level is not only heartening and liberating for others, but it's got to be nurturing for your own soul, too.