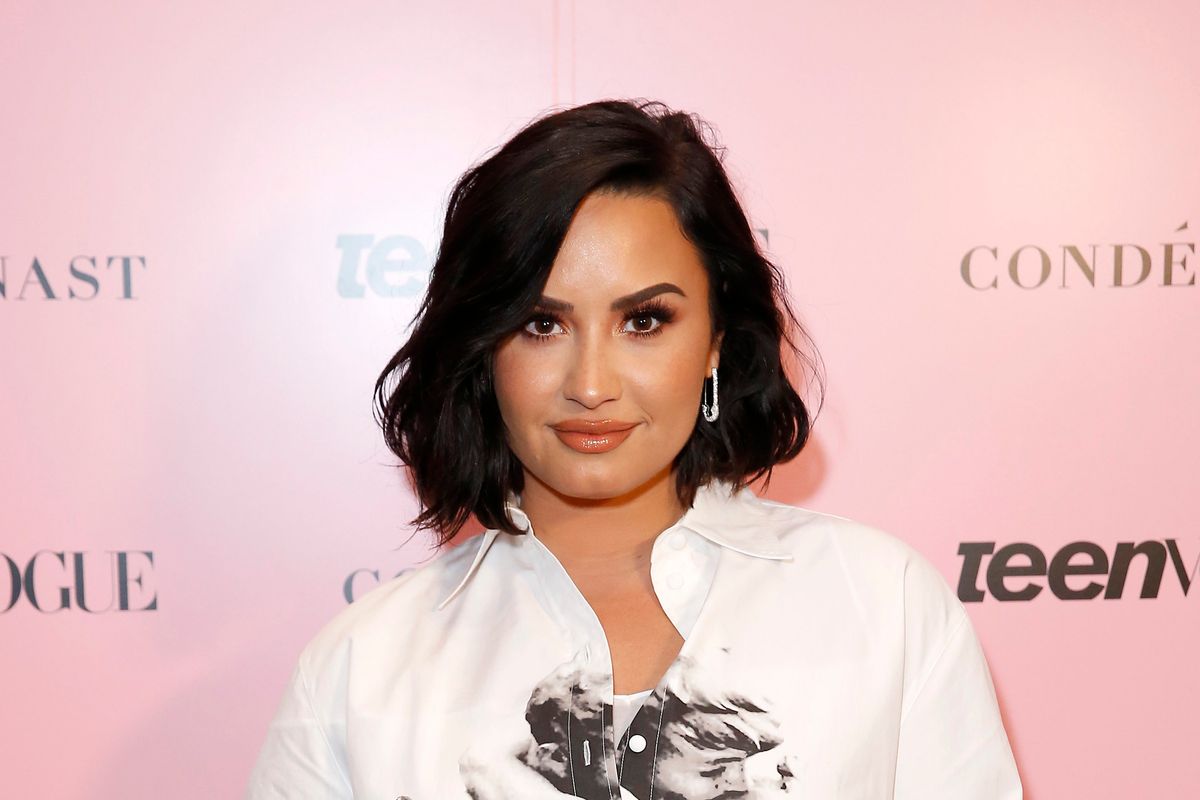 A year and a half after entering rehab following a near-fatal heroin overdose, Demi Lovato is thankfully looking happy and healthy. She gave her first public interview since early 2018 during this weekend's Teen Vogue summit, telling the magazine's editor-in-chief Lindsay Peoples Wagner that she's feeling "strong" and may release new music soon.

"I think it's been a very introspective year for me," Lovato said. "I've learned a lot, been through a lot." That's an understatement: while recovering from her addiction, the pop star has also contended with relentless body shaming and a nude photo leak. Oh, and she lightly feuded with Taylor Swift.

On the body image front, Lovato said she's currently adopting a "body acceptance" mantra instead of the usual "body positivity" one. "We hear the term body positivity all the time," she explained. "To be honest, I don't always feel positive about my body. Sometimes I do not like what I see. I don't sit there and dwell on it. I also don't lie to myself." Lovato was also open about dealing with an eating disorder for "many years." She says she's now tackling those issues in a healthy way, and even took a month off the gym in October.

Lovato had a message for her trolls, too. "What people don't realize is I'm an extremely sensitive person," she said. "When someone says something mean about me or makes a meme making fun of me, I have a good sense of humor. But when it's a very serious subject it can be hurtful. Even if you have an account that's like 'ImaDemiFan,' that's the name, and you leave one comment that said 'You look like Lord Farquaad with that hair,' I'm like, 'damn, that kind of sucks." (Okay, real talk — it's extremely rude to compare anyone to Lord Farquaad, or really any Shrek character. Internet, stop doing this!)

Overall, it sounded like Lovato is in a really good place, considering everything she's been through over the past 12 months. "What I see in the mirror [is] someone that's overcome a lot," she said. "I've been through a lot and I genuinely see a fighter," Demi said. "I don't see a championship winner, but I see a fighter, and someone who is going to continue to fight no matter what is thrown their way."

So when are we getting a new album? Lovato was coy, but it sounds like she's been in the studio recently. "I have new music coming," she said. "I didn't say when — now I'm just teasing you. It's important to remember that I am so cautious this time around of jumping back into things. I've really decided to take my time with things. When the time is right, I will put it out there."

Demi, we're ready when you are!