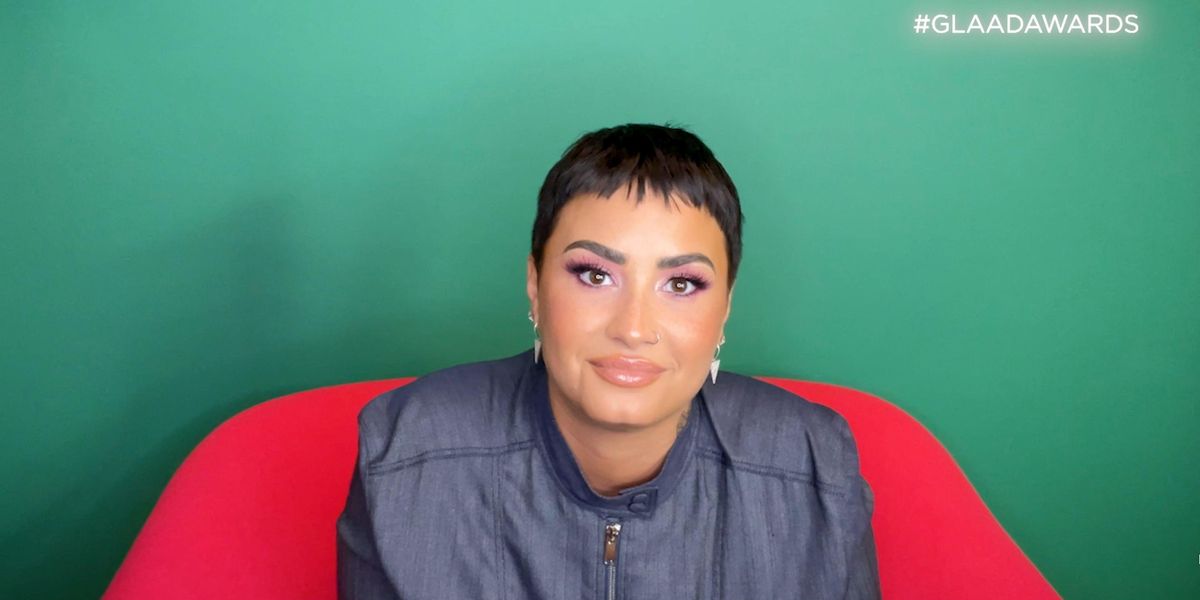 The Patriarchy Prevented Demi Lovato From Coming Out as Nonbinary

Demi Lovato is explaining how the patriarchy initially deterred them from coming out.

During a recent conversation on Jane Fonda's livestream show, the "Dancing With the Devil" star opened up about how they felt "held back" by the powers that be.

"Years of living my life for other people, trying to make myself smaller for the patriarchy — they run the industry, they are at the center of everything," they explained. "When I realized that, I thought, 'What are the ways that the patriarchy has been holding me back?'"

And Lovato's eventual conclusion? That they were being "put in a box" that told them, "'You are a female, this is what you're supposed to like, this is what you're supposed to do, don't dream bigger and don't speak louder.'" However, they also went on to say that they were finally able to break free after realizing those constraints "didn't vibe for me because I'm too outspoken for that."

Lovato came out earlier this month on Twitter after revealing to PAPER that they were happy to embrace "the queer label" because "to me it's just this blanket statement of being different."

"That's what I can commit to," they said at the time. "I feel like I'm too fluid to commit to a label."

In their public post though, the musician also announced that they would start using they/them pronouns to better "represent the fluidity I feel in my gender expression" — a revelation they said came "after a lot of healing & self-reflective work."

"I'm still learning & coming into myself, & I don't claim to be an expert or a spokesperson. Sharing this with you now opens another level of vulnerability for me," they continued before adding, "I'm doing this for those out there that haven't been able to share who they truly are with their loved ones. Please keep living in your truths & know I am sending so much love your way."

Watch Lovato's chat with Fonda for yourself, below.