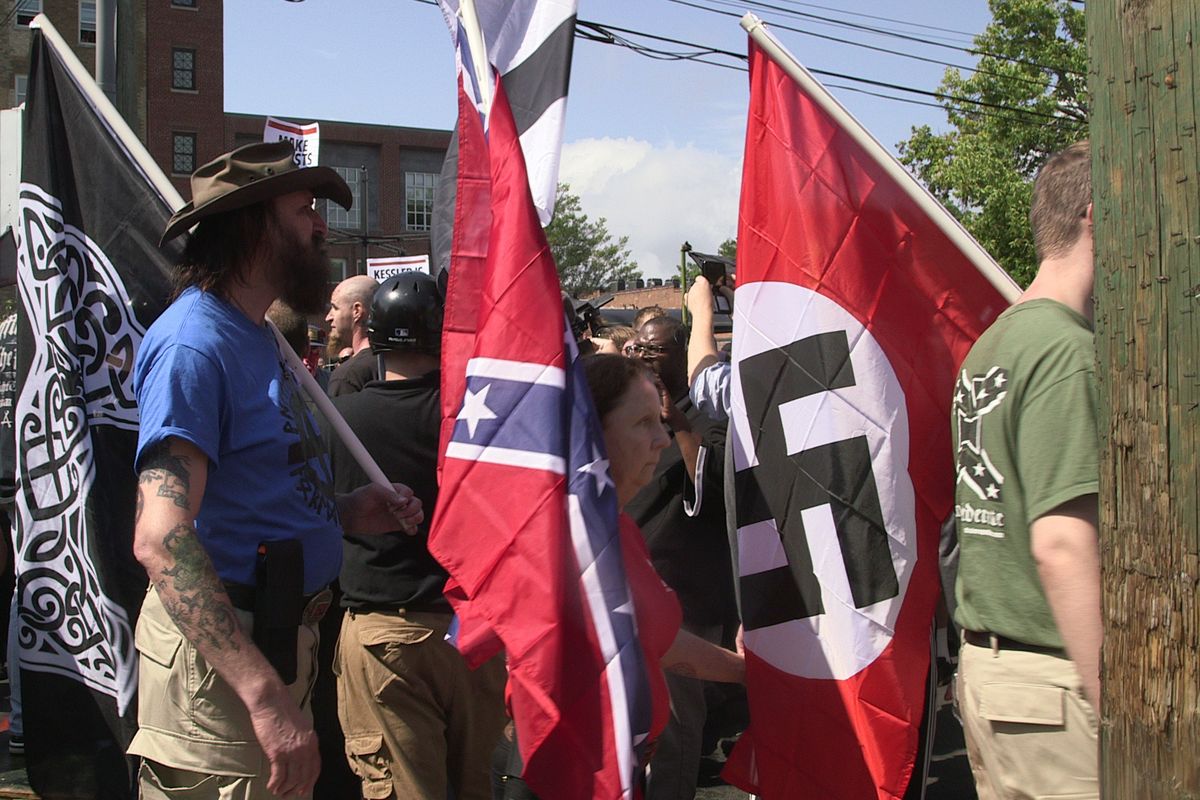 On Tuesday, 23-year-old self-avowed white supremacist Jacob Goodwin was convicted by a jury for felony "malicious wounding" for his role in the brutal beating of 20-year-old DeAndre Harris in Charlottesville, Virginia.

Goodwin was arrested in October after online sleuths identified him in video footage that showed at least five white men viciously attacking Harris, who is black, on August 12. Harris, a former special education instructional assistant, suffered a spinal injury, broken arm and had to receive eight staples for head lacerations.

The attack occurred during the Unite the Right rally in Charlottesville last summer. Organized in opposition to the planned removal of a monument to Confederate Civil War general Robert E. Lee, the rally quickly turned violent with neo-Nazis and counter protestors clashing, and one woman, Heather Heyer, being struck and killed by a man driving purposely into the crowd.

The video footage that implicated Goodwin showed him wearing pins celebrating Hitler and the Traditionalist Worker Party, a white nationalist group, according to the Southern Poverty Law Center. Goodwin claimed that he was a victim who was "terrified" of Harris after he struck a white nationalist with a flashlight before fleeing to the parking garage where the beating took place. A newly released photo clearly shows Goodwin standing behind a full body shield as he strikes Harris, who is prone on the ground. Harris was acquitted of assault and battery charges in March.

The Post reported that the jury recommended ten years and a $20,000 fine, and Judge Richard E. Moore will sentence Goodwin on August 23. Three other men have been arrested in connection with the beating on charges including felonious assault and malicious wounding. Goodwin was the subject of an NBC News documentary that aired last month, in which he explained why he was marching in Charlottesville that day. "I went to Charlottesville to protest politicians trying to buy into that fad that we're progressive and we want to remove this racist history," he said. "That's why I went, because I believe in preserving my ancestry."