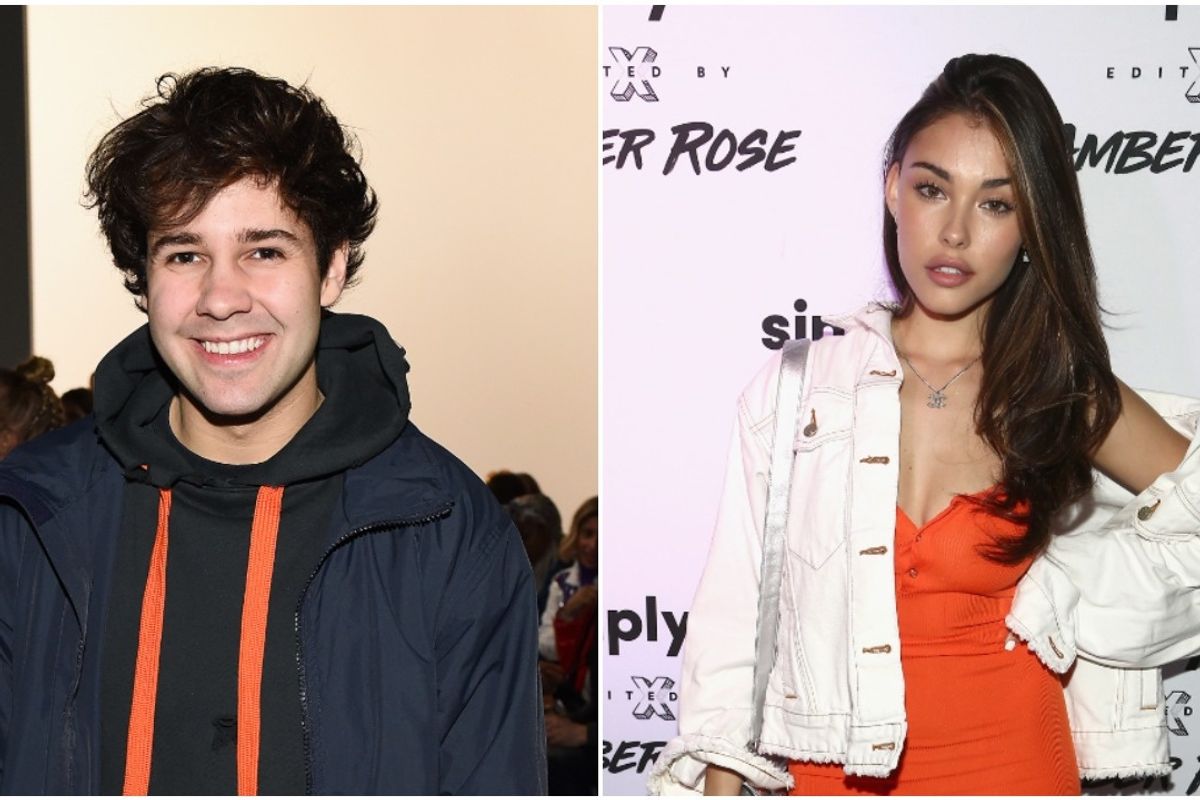 David Dobrik has responded to rumors that he's romantically involved with Madison Beer.

It all started after Dobrik supposedly admitted to being in love with Beer for "five months" on a recent episode of his podcast with fellow YouTuber Jason Nash. Not only that, but he continued to feed into the rumors over the weekend by posting a TikTok, in which he asked Beer out on a date.

Needless to say, their flirty interaction and Dobrik's proposition led fans to speculate that the two were quickly on their way to becoming an item. However, in a new interview with ET, the vlog star clarified that it was all a big joke.

"No... I'm definitely not dating. No, no, no, no," he said, before joking that he "can't choose" between Beer and his assistant Natalie Noel. For her part, Noel has also long been the subject of romance rumors — though Dobrik couldn't help but make light of that as well by uploading a video last month in which he claimed they "hooked up."

So then, what did Dobrik have to say about him about Noel?

"We are not hooking up," he said — something which Noel also confirmed with an "absolutely not!"

"I think it should obvious at this point that there's never gonna be a time that Natalie and I hook up," Dobrik went on to say, before adding, "Even if this pandemic lasted 25 years and we were stuck inside. It's never going to happen."