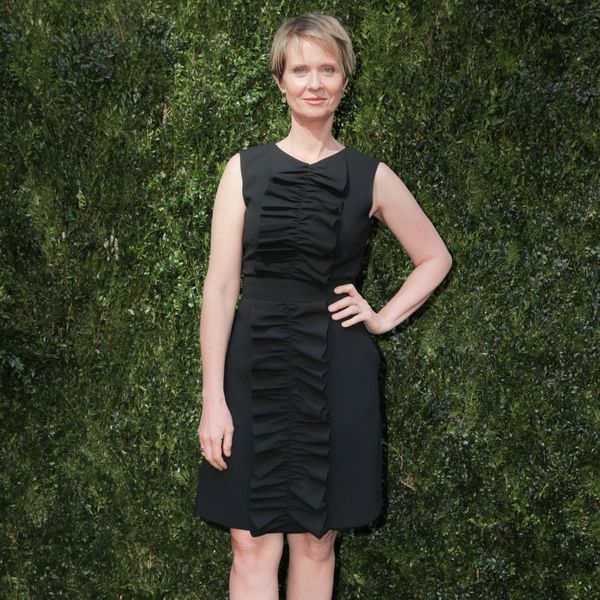 In March, Cynthia Nixon announced that she was running for Governor of New York against Democratic incumbent Andrew Cuomo. Her platform includes fixing the subway system, affordable housing, and ending mass incarceration. Today, she tweeted about her stance on another issue, saying that recreational marijuana use should be legalized in the state of New York.

Nixon described the legalization of marijuana as a racial issue, considering black and Latinx people are regularly incarcerated for using the drug while white people have been doing it largely without repercussions for years. 80% of New Yorkers who are arrested for using marijuana are black or Latino, she writes, adding that, "The reality is that for white people, marijuana has effectively been legal for years. It's time to legalize it for everyone else." She also argued legalizing marijuana could boost tax revenue and provide job opportunities for farmers.

The reality is that for white people, marijuana has effectively been legal for years. It’s time to legalize it for everyone else.
— Cynthia Nixon (@Cynthia Nixon)1523455432.0