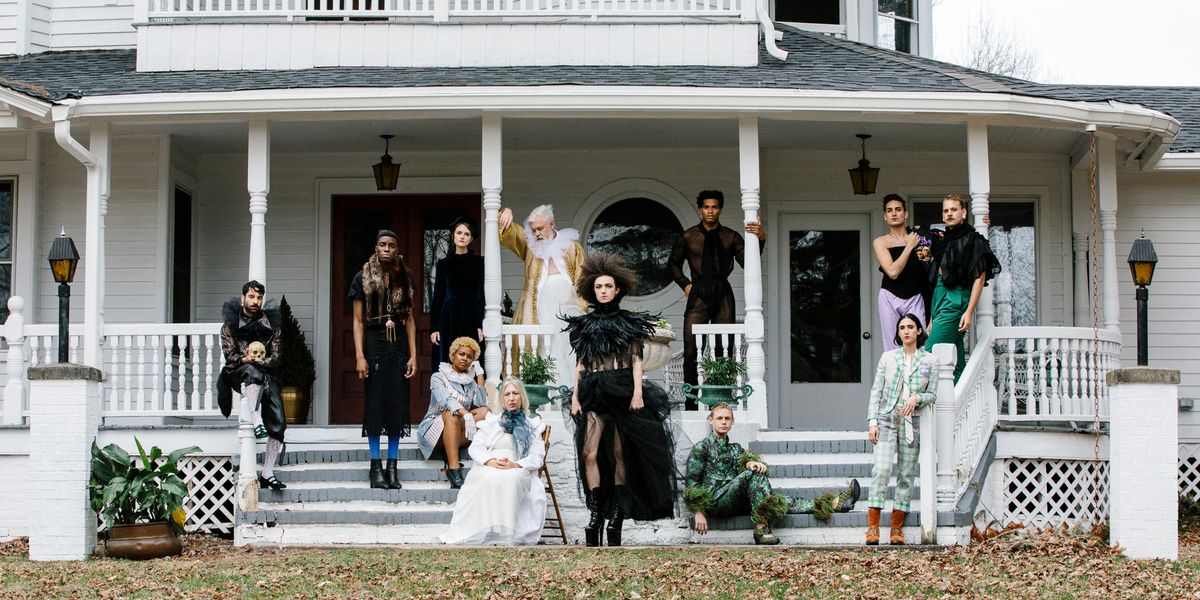 Just in time for the Camp-themed Met Gala, Tom CJ Brown has created a modernist queer daydream reinterpreting the '60s classic song "Cousin Jane" by the Troggs, with the help of creative audio studio Antfood. The Sundance award-winning director brings to life his vision of what a non-binary and non-conforming world could look like. It is campy and queer and stunning to see.

The cast includes some of your favorite drag queens, West Dakota and Rify Royalty, and stars writer/performer/illustrator Hilton Dresden as the lovesick and restless heroine of the film. We follow our favorite performer as he achingly awaits the arrival of Cousin John while clad in an Oscar de la Renta gown or draped in Marchesa. The film is grandiose, gorgeous and above all else gay.

The combination of the queer and gender-non conforming cast alongside the female-led crew, creates what can only be described as a utopian world of wonder. Do yourself a favor and watch the PAPER premiere of Cousin John, who has come to stay again.