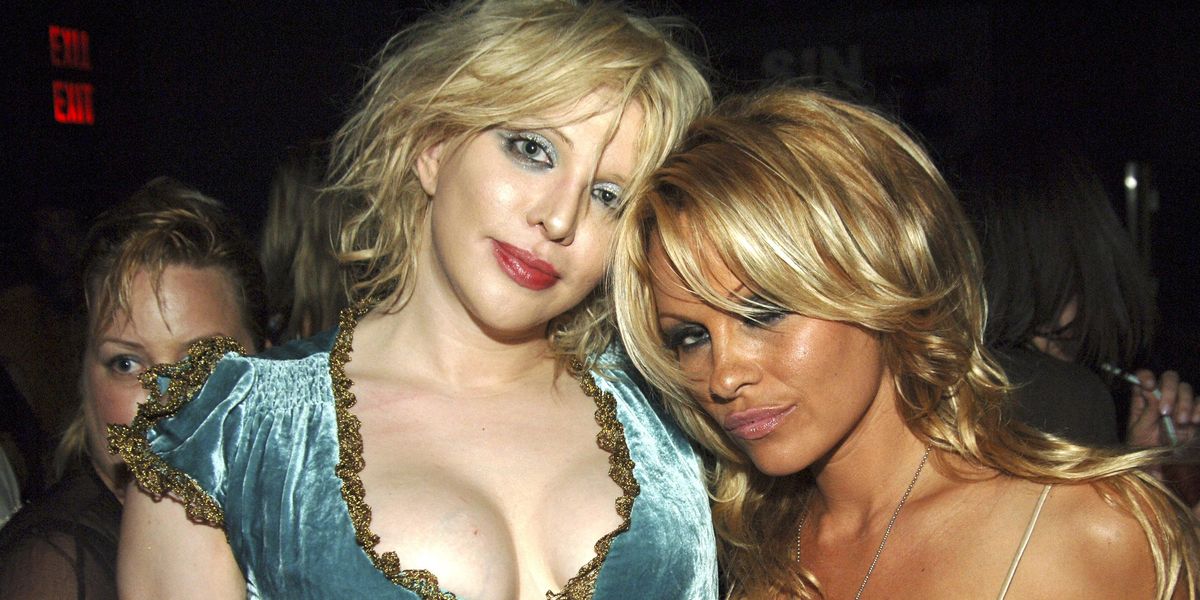 However, the Craig Gillespie-directed project also rubbed longtime friend Love the wrong way thanks to reports about it being a "comedic take" on their infamously leaked sex tape, especially seeing as how the ensuing scandal ended up wreaking havoc upon their marriage. So needless to say, you better believe the Hole front woman had something to say about the series' spin on an incident that "destroyed my friend Pamela's life" in a scathing takedown from this past weekend.

On Sunday, Love took to Facebook in a since-deleted post condemning the "outrageous" production, saying that her "heart goes out to Pammy" as the series will further contribute to her "complex trauma" related to the situation.

"When Pam / Tommy sex tape was out / myself @pattyschemel @xmadmx were making a record," Love wrote, according to People. "And the lone women in many recording studios in LA. Where all / ALL! The staff engineers / producers / owners / were watching the sex tape with huge schadenfraude."

"Guffaws, It was disgusting. I banned anyone discussing it," she went on to add, before saying that the "piece of shit" production had reached out to her last week to approve the use of her Mark Seliger-shot Rolling Stone cover for the show.

"I said 'fuck no.' Shocked," she continued. "Gentleman don't approve this sort of thing."

Not only that, but Love went on to cap off the post by taking aim at James herself by writing, "shame on Lily James whoever the fuck she is." That said, James nor Hulu have yet to respond to her post.

In the meantime though, you can read People's full report, here.