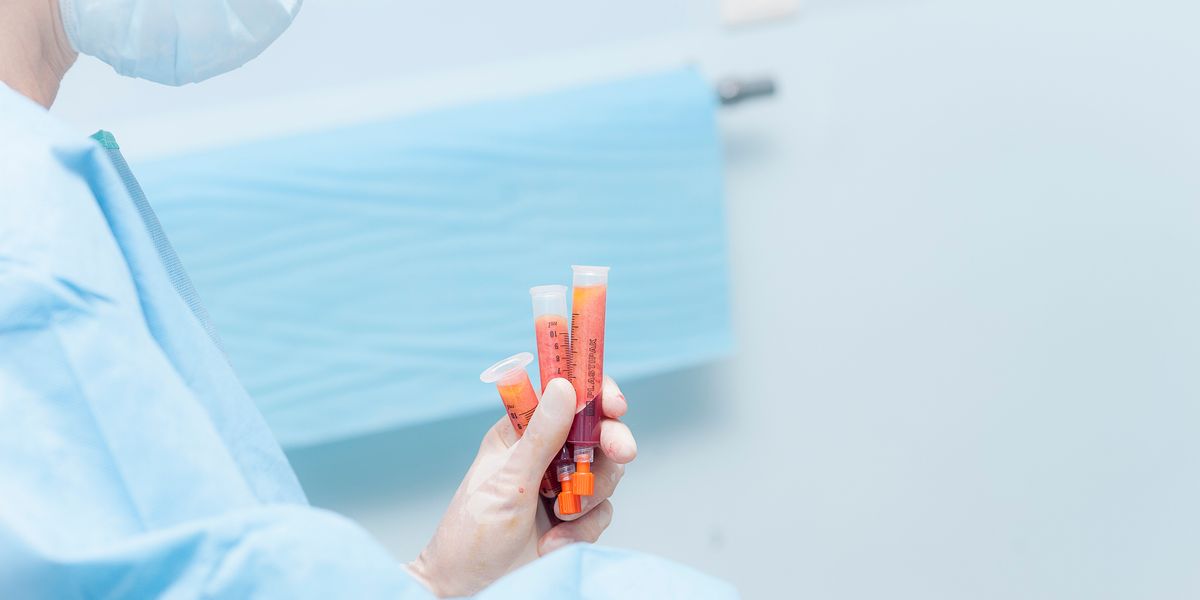 I Am a Botox Baby

A botox needle hardly pricks. The skin it pierces barely bleeds. In less than seven minutes, from slipping into the patient's chair to departure, you have achieved more than 1,000 jars of La Mer dutifully applied over the course of 12 months ever could.

Had you told me as a teen I would have become a "Botox baby" at a tender 23 years old (shorthand for young adults receiving a treatment generally associated with aging women), I would have been alarmed... and likely impressed. It's a procedure I would have considered is exclusively available to the affluent, and accompanied by such significant stigma that I could never partake. But Groupon and the like makes cosmetic treatments far more accessible, and our growing obsession with perfection is making them much more appealing. After all, everyone needs a little help, right?

This sentiment has proved to be the pied piper luring young women to the operating table — or at the very least to the doctor's chair. Of the hundreds of thousands of Instagram sensations flaunting near-impossible hourglass figures, cheekbones that might slice steel and lips that, in the mind of the beholder, immediately conjure sex acts, it's unnatural for us to assume these assets are created genetically. While millions of men populate Instagram, it's women who are religiously inhaling these images, consuming and comparing this content to their own, dissecting their subject's most fetching features and FaceTuning their own accordingly. Even Kim Kardashian, the reigning queen of not-a-hair-out-of-place whose role in formulating the millennial beauty standard cannot be underestimated, seems to be struggling to "keep up" with the ideal she ushered in as more and more young women adopt and evolve it.

Whereas the primary practice was once to broach cosmetic procedures and ask to replicate a preferred celebrity's features — Charlize Theron's nose, Angelina Jolie's lips — RealSelf contributor and plastic surgeon, Dr. David Shafer says women are instead providing edited photos of themselves to their surgeons to replicate.

"People want to perfect there online pictures and also want to look in real life how they have FaceTuned their profile pics," says Shafer. "Social media has increased the reach exponentially to people searching for new treatments and trends... Certainly Kim Kardashian's butt and Kylie's lips, but many patients are looking for an improved version of themselves and not necessarily looking to model themselves after someone else."

"Improvement" includes all that you've seen online and more. Shafer's most popular requests among young women are for lip augmentation and cheek enhancement, chin contouring and nose smoothing. Contrary to what we once thought, a chiseled visage doesn't necessarily require invasive reconstructive work but simple fillers — and while these are only temporary, they have the capacity to completely alter one's face based on placement. This face-sculpting is a favorite among your Instagram girl crushes.

"The biggest influencers are certainly celebrities and social media stars," Shafer continues. "The Kardashians certainly have a huge influence, but everyday people showing and sharing their results on social media have also opened up a whole new world for people to see what's available."

RealSelf celebrity aesthetician Graceanne Svendsen agrees, claiming the "Vampire Facelift" (microneedling + PRP) saw a massive boost after Kim shared a gory photo of her blood-soaked facial. "Similar to how in the past, clients would bring pictures of their desired hair styles, we now have women referencing different social media trends and treatments they see on Instagram," Svendsen says.

Shafer explains that when a surgery or procedure is too conservative, patients often return frustrated. There's ongoing contention between a patient's desire to look "natural," so much so that their closest friends might not notice a shift, while simultaneously wanting to be complimented on a change in their appearance. This is perhaps why treatments, like Botox and fillers, that are able to be built upon have dramatically increased in popularity over the last decade. Shafer says that older plastic surgeons have not embraced the shift towards minimally invasive approaches, which he believes is a "disadvantage" to patients.

Botox, in particular, is becoming more popular among the younger set than the industry might have predicted. Its preventative abilities (it reduces "dynamic wrinkles" which in turn lessens the development of static wrinkles), can see patients as young as 20 in the door. Svendsen confirms "Baby Botox" is definitively on the rise, and its users aren't just female.

"For men there is an increased trend for similar treatments enhance their lips and jawline and soften their wrinkles with Botox," he says. "We have also developed our penis enhancement procedure using the same products for lip enhancement, but injecting the penis for width and girth."

With Tyra Banks' recent statement that she sought a nose job to kick off her wildly successful modeling career ("fix it or flaunt it," Banks told People), there seems to be a growing transparency among women in their approach to cosmetic surgery — something that could not be more welcome. For so long cosmetic surgery, or any procedure more intensive than a facial, was a hush topic. While we acknowledged its existence, for the most part plastic surgery meant Pamela Anderson's breasts, or LA housewives that took the fillers too far.

Today, you'd be hard-pressed to find a young woman who hasn't gleefully typed "Bella Hadid before and after" in the Google search bar. We accepted Kylie Jenner's lip enhancements — and then some — long before she announced them, and when she did we breathed a sigh of collective relief. In our era of calculated and carefully-crafted reality, for the women whom our society has deemed demigods based on followers to openly acknowledge their vanity is nothing less than revolutionary. Disciples no longer have to break their backs to naturally achieve an impossible standard, because, for the right price, it's available. For better or worse medical intervention has transformed and democratized beauty, so it's time we approach it with candor.

As for my forehead? Well, it's frozen.