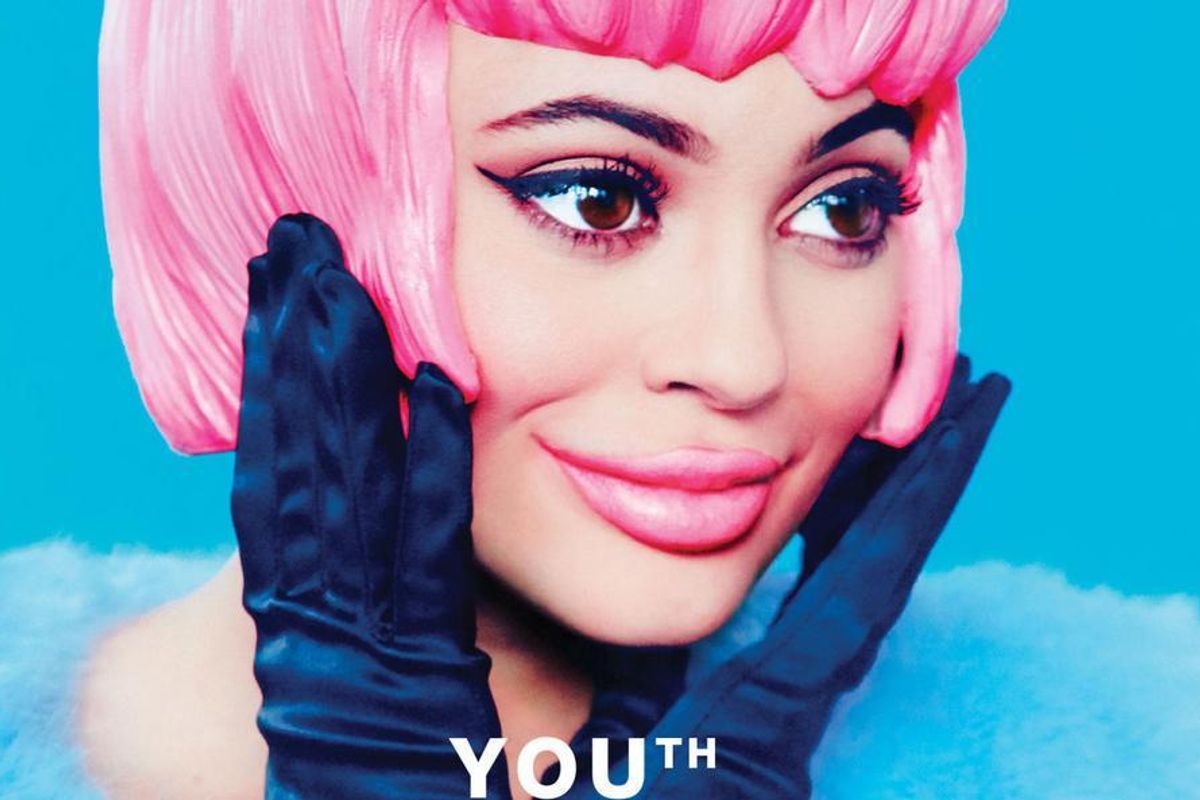 Kylie Jenner has opened up about her lip injections, which--for a while--had been hotly contested by internet trolls: real or not. They are, and that makes her happy, so let's get over it.

However, the 19-year-old scion has revealed to Complex--in her cover interview with them...

....that the real reason she enhanced them, was because the patriarchy, man.

This guy I kissed was like, 'Your lips are really small but you're a really good kisser. I didn't think you were gonna be good at kissing. It was so rude. From then on, I just felt like I saw guys staring at my lips. I felt like no one wanted to kiss me.

She also articulated why she, understandably, chose to keep quiet about them:

I wasn't even 17 yet. What if I came out and said, 'Oh, yeah, I got my lips done'? What are all those moms going to think about me? These kids, my fans, they're going to think I'm crazy. I didn't want to be a bad influence.

Of the online vitriol she was subjected to by Twitter eggs and other goblins of the www. (post-lip injection reveal), Jenner said:

It's annoying to hear every day that you're just this fake, plastic person when you're not. Every single day there was a news story about me.

The internet, once again, proves to be the greatest vehicle for casual harassment of women (famous or not).