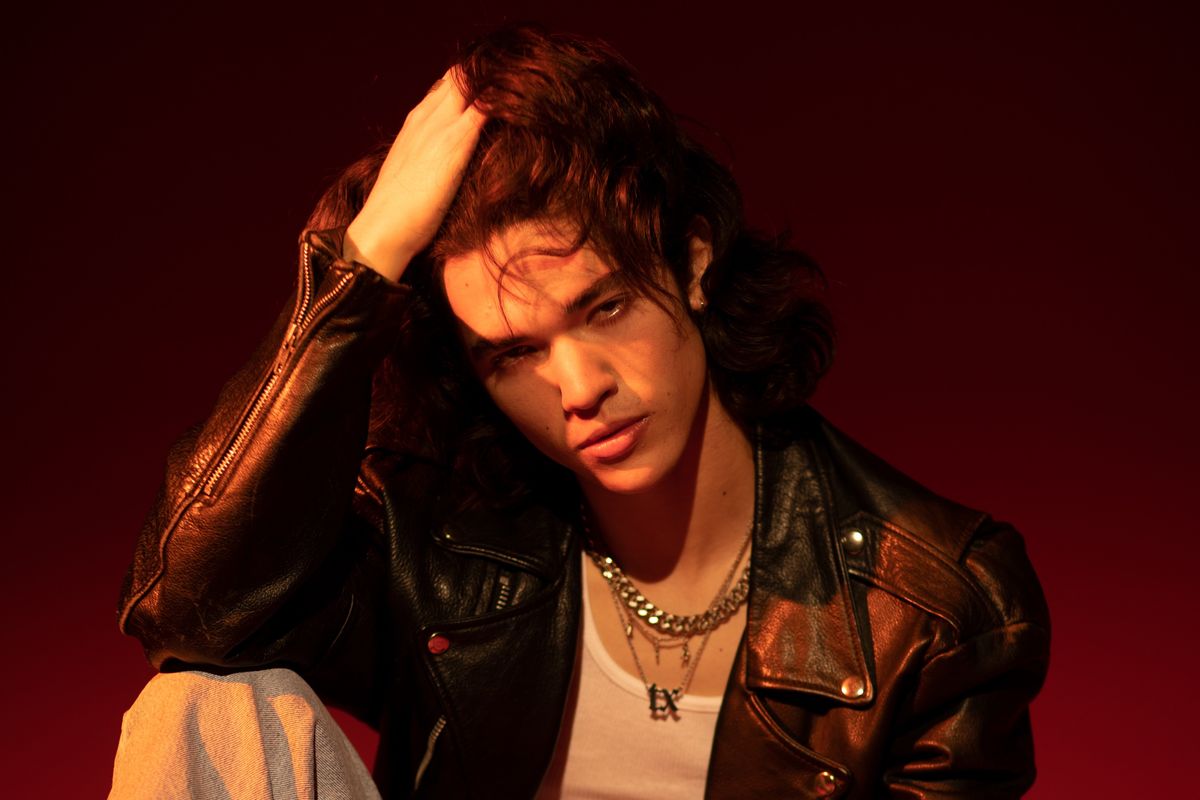 Conan Gray Is a Misfit and a Megastar

Conan Gray got famous the old-fashioned way: on YouTube. Now 21, he uploaded his first video, "Let Me Introduce Myself," seven years ago. He scaled his popularity by posting thrifting hauls and meditations on masculinity, and then a homemade song called "Idle Town" that featured his fist hitting his desk as percussion. His debut album, Kid Krow, arrived last Friday.

As a result of growing up on the internet, Gray has cultivated a persona of approachability and an ease with sharing personal details. His currency is vulnerability; after hearing his album, he tells me over the phone from Los Angeles, where he's currently isolating, you "qualify to be my best friend, because you know as much as my best friends do." On his 2018 EP Sunset Season, Gray constructed an image of suburban melancholy and sun-paled teenage romance. Kid Krow builds on that picture through songs that traverse the trials of young adulthood, with Gray lingering in rejection and heartache. "I would one day love to fall in love," he says. "That would be really nice."

A confessional YouTube standard is the "Draw My Life" video. Gray uploaded his own in 2016 to celebrate reaching 100,000 subscribers, and told the story of a tumultuous childhood: constant moving, divorce, financial distress. "I had this strange new friend that I never really expected to have, which is you guys," he told his viewers. Narrativizing his experiences for an audience is now second nature, but when recording Kid Krow, he says he "didn't want to overspeak."

Instead he narrowed hundreds of songs down to just twelve, all written about the same three people, and the record clocks in at just over half an hour in length. Its emotional force is similarly concentrated, with a lustrous pop sound that invokes longtime influences like Taylor Swift and Lorde. Its lovelorn arcs play out more like movies than real life. Single "Maniac" addresses a manipulative paramour who lies behind his back but tries to pull him close. The ballad "Heather" wishes a girl dead for stealing his crush's attention.

"I recorded so many videos and was always taking videos of my friends and of the cities we lived in, and was always writing songs about how I felt, because I knew that it was going to change," says Gray about his youth and his impulse to document. He aspires for honesty through melodrama, a tendency that supports his goofball public persona – one that's curated but, like those of the best influencers, appears exceedingly intimate. In opposition to his "perfect" older sister, he calls himself "a nasty gremlin songwriter." In his songs, his eyes are welling up with tears, he's crawling out of the window of a party he doesn't like, he's ready to tell all of his secrets.

Gray has been living a compressed life since he released "Idle Town" three years ago, moving from Texas to pursue filmmaking at UCLA for less than a semester before leaving to pursue music full time. He remembers how he began with that first song, layered with self-harmonies and malaise, and built "this whole world out of basically nothing." His transition between internet stardom and mainstream fame was fast and, as a result, blurred. While his early musical efforts garnered attention from his existing subscribers, he hadn't anticipated the new devotees: "When I started touring I hadn't realized that I'd actually gained a pretty large following until I literally had to go onstage and sing to them." Despite Gray's ease in front of the camera, he's still not comfortable with the praise that comes with a legion of fans, many of whom have been with him for years. This self-abasement is central to his appeal, calling out to shy teenagers who see themselves in him. "I fucking hate getting compliments," he says. "Oh my god, bury me, I hate that. I hate when people talk about me."

Like his internet pop star predecessor Troye Sivan, Gray partly roots his music in nostalgia for a certain suburban adolescence. The cover of Sunset Season paints him as a prom king clutching plastic trophies. On Kid Krow, the song "Little League" is a breathless look back on happier times in the style of Lorde's "Supercut." On its chorus, Gray sings "When we were younger/ We wore our hearts proud on our sleeve/ Why did we ever have to leave?" He attributes his recurring use of Americana motifs to the feelings of nonbelonging he experienced throughout his life, from being mixed race in a majority white high school, to being exceedingly quiet, to coming from a fractured home, the latter making him "fascinated by the idea of a perfect atomic family."

Lead single "The Story," the final track on Kid Krow, opens with a tale that's "kinda short, kinda boring." It's a rare moment of understatement on an album that otherwise relies on dramatic gestures. Gray continues to sing of classmates he lost to suicide, sexual repression, and his own pledge to succeed despite his background. "In the moments where I thought I wasn't going to make it, or in the moments where I really just wanted to not exist anymore, every single time there was something in me that kept me going," he says now.

The song's structure reflects Gray's perseverance: its plucking guitar shifts to a soaring campfire chorus in the second half as he wishes everyone in his life finds their "happy end." That goes for his audience, too. In the Kid Krow interlude "(Can We Be Friends?)," Gray speaks directly to his fans, vowing half-seriously that, "If anyone fucks with you, I'll knock their teeth out." He's the protector rather than the vulnerable just for a moment, but falls back into love sickness right afterward.