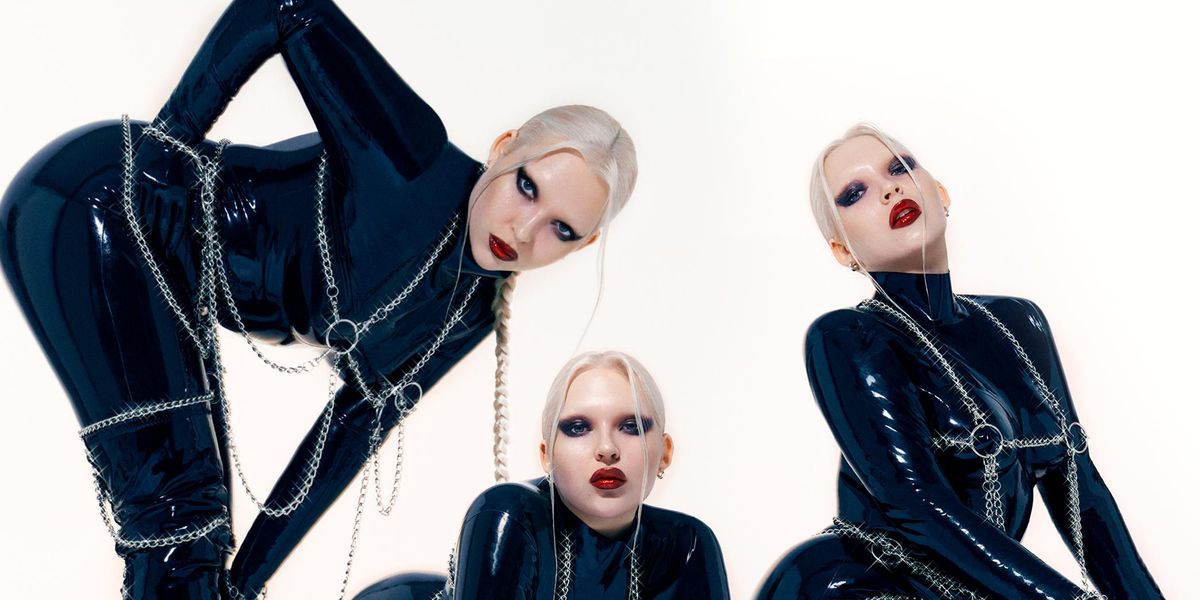 As the song's title would suggest, COBRAH's latest is the unabashed pussy anthem we've all been waiting for. "GOOD PUSS" sees COBRAH fully in her element, with a bouncy bassline house beat perfectly primed for a catwalk strut and babydoll vocals spitting out some unapologetically sexually suggestive lyrics that seldom beat around the bush.

A track that's perfect for those moments when you're truly feeling yourself and owning your sexuality, "GOOD PUSS" has its priorities straight. COBRAH even practically spells it right out for you in the chorus, "I just wanna feel good/ gotta lay down with some good kush/ got a good girl a real good bush/ come and go get a real good puss." And frankly, it's hard to argue with logic as rock solid as that.

"I always set out to write POP but the songs have their own will and all I can do is try to follow that," COBRAH says. "With 'GOOD PUSS' I could feel from the first demo in June that this song finally gets me and what I want to do. It really set the mark for the new COBRAH era."

Ahead of the PAPER premiere of "GOOD PUSS," we caught up with COBRAH to talk about the track, her favorite pussy-centric anthems and what to expect from her upcoming self-titled EP, out May 12 on her imprint, GAGBALL.

What was the inspiration behind "GOOD PUSS?"

I just wanted to write about liking pussy in a fun way without making a big deal out of me being a female. I want to write about what all guys get to write about and be taken just as seriously as an artist as them. We often label music that's queer as "queer music" and it makes it seem like it's different or of less quality than "regular music" so I felt It was time to write my own pussy anthem!

What does "GOOD PUSS" mean to you?

It means that I'm shameless and free to indulge in myself. And that's one of the best feelings I've ever felt.

What do you hope people take away from this track?

I want people to feel that cunty energy and bring me into their bedroom, haha. Seriously people need that energy in their daily life and whether it's about you digging your inner puss or somebody else's I just want you to feel like the sexiest, hottest, coolest and wettest person alive.

Now that we live in a post-"WAP" world, do you think people will stop getting squeamish about talking about pussy in pop and dance music?

"WAP" is a part of a genre that's been here since forever. I wrote GOOD PUSS in June (pre-"WAP") and It's all about being CUNTY which you hear in ballroom music all the time and icons, like Peaches, made a whole career out of it — so explicit songs about pussies are nothing new. The only difference is that now more people who necessarily don't know the culture are exposed to the genre. In general I think we've always heard songs about pussies or fucking on the dance floor but mainly from a man's perspective so hopefully people will go on partying like if they heard a 50 Cent song!

What are some of your own favorite yonic anthems?

"Map of Tasmania" By Amanda Palmer

"Fuck the Pain Away" by Peaches (Classic)

What can you tell us about the new EP?

It truly follows the "GOOD PUSS" theme. I've been leaving some teenage angst behind and wanted to make this a EP full of party bops and give some hope to life enjoyment. It feels very important to put something out that makes the future a bit brighter and careless cause we all need it badly.