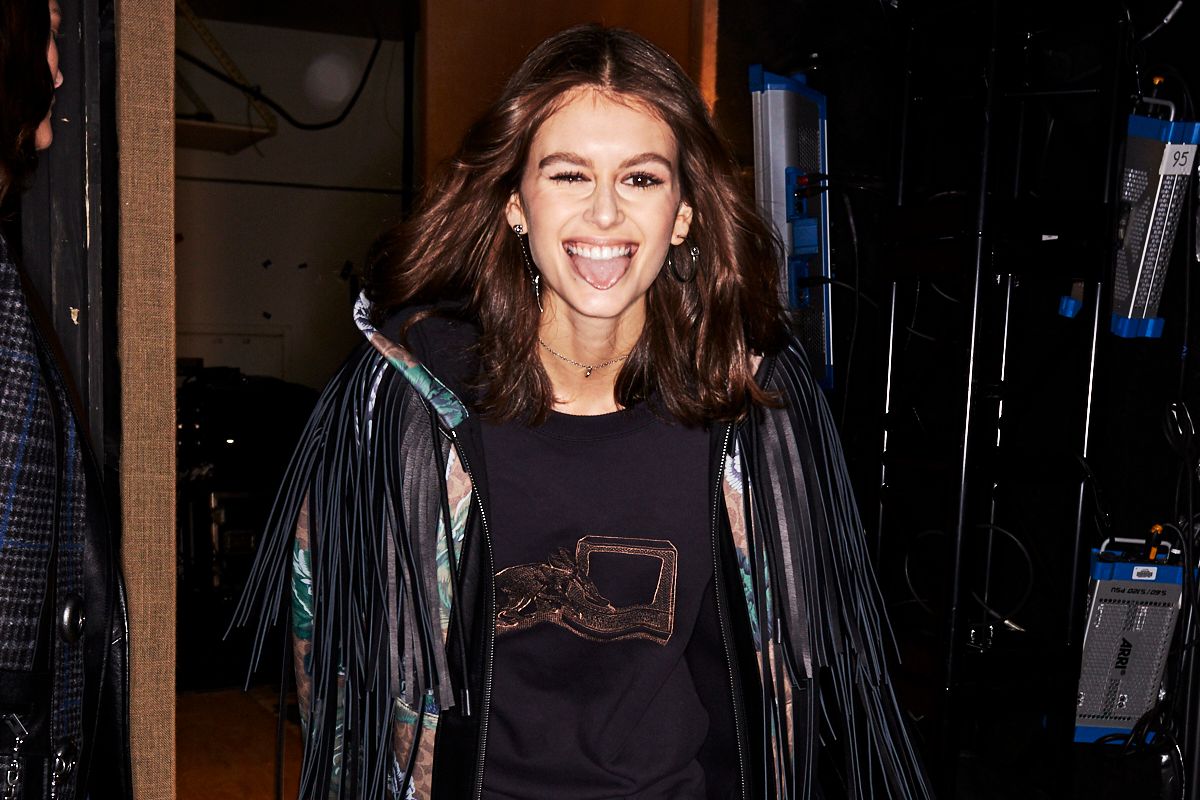 This season, executive creative director Stuart Vevers presented a sea of contrasts in the best possible way for his fall 2019 show. An emphasis on cool and casual menswear combined with womenswear that shone in terms of color and prints made the collection a strong one. Of course, there were still the classic Coach staples, like shearling jackets, on the menu. Here's everything you need to know about the show.

Michael B. Jordan, the new face of Coach men's, was sitting front row at the show. It's no surprise, really then, that there as a clear design influence coming from basketball dressing for both womenswear and menswear. Women, for example, wore loose, basketball shorts in tartan prints.

Cult 1970s decorative arts designer Kaffe Fassett was also present at the show, and Vevers was inspired by her aesthetics this season. Painterly prints throughout the collection referenced her style and legacy.

Sometimes you can't go wrong with a classic and for obvious reasons, Coach's boxy, comfy shearling jackets have become one. The runway was scattered with a handful of new iterations.

The accessories were no doubt a highlight of the collection and this season saw bags that appeared to reflect Fassett's handpainted works as well the perfect mini black bags made super wearable for everyday occasions. The bone earrings worn by models were also covetable.

The footwear of choice this season? Totally comfortable fuzzy slippers covered with the Coach logo. That's in addition to cool slip-on sneakers.