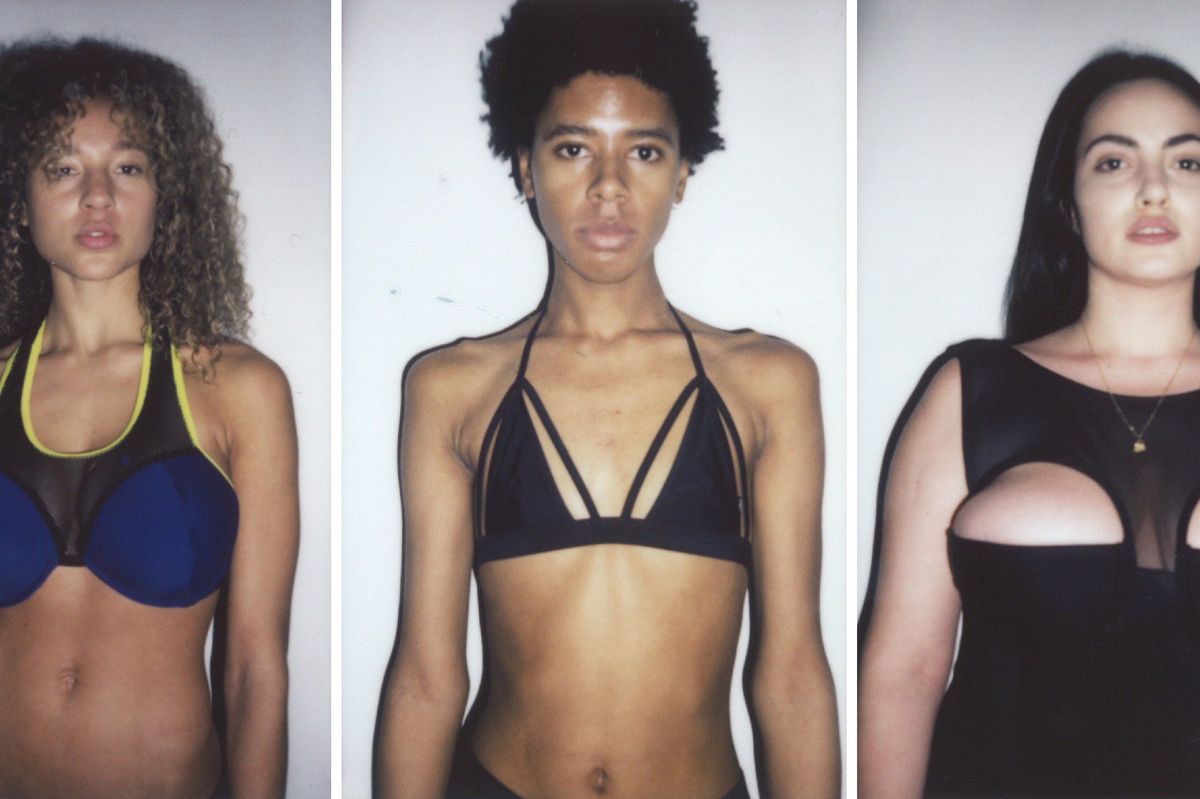 How to Become a #ChromatBabe

Chromat has become New York's champion of diverse casting, inviting every type of model on their runway — all ages, all sizes, all genders, all races. And while the brand's contemporaries have slowly begun to embrace inclusivity during NYFW, Chromat is the original, helmed by designer Becca McCharen, who's followed this doors-open policy since day one.

Thirty minutes into their pre-show casting, there was already a line down to the street with excited potential models, including PAPER favorite Yasmin Geurts. We were there to witness the fun, celebratory atmosphere, and talk with both McCharen and her casting director Gilleon Smith about the importance of authentic representation in fashion.

PAPER: What's the relationship between casting and this season's show concept?

Becca McCharen: The concept for this season's show is very much about finding escape and joy. We looked at a lot of kayaking and outdoor adventures, and also in the kayaking sense of bungeeing all your supplies to you for a quick getaway.

Gilleon Smith: In light of the political climate but also with the casting, I would say it's always the same but different every season. The basic principles are just diversity and inclusivity — all types of women wearing the bathing suits and active-wear. Everybody wears these things, so why aren't they represented on the runway?

Is there anything you're excited to see more of this season?

Gilleon: I would like to see more people of different abilities, ages, body shapes, races, ethnicities — more inclusive casting on the runway. I'd also like to see new faces, not the same traditional model agency girls. I love giving opportunities to girls who aren't able to get agencies or who are being rejected in that traditional realm. They all reach out to me and they're all welcomed to this casting, so it's really cool to get them a spot on the runway.

Related | Yasmin Geurts: Most Likely to Become a Supermodel

Do you think Chromat is making an impact on other brands?

Becca: Absolutely. I hope so! I honestly think that a lot of brands just never imagined it was an option because they've never seen plus models on the casting boards. I think seeing people utilizing all different types of models... it opens up the eyes of other designers, like, This is something I could have in my show too. They see it as a reality.

Gilleon: I think there's a big difference between Becca, myself and Chromat, and other brands. It's inherent in our principles and how we've always been. [With] other designers, it could just be some sort of trend — something that they're trying for one season.

There's a big discussion in the industry about the treatment of models. How are you addressing that?

Gilleon: I tell my staff to be extra nice to the models because I know how brutal it is as a model during fashion week — to be in these castings and to be in a cattle call is so demoralizing and dehumanizing in so many ways. We try as hard as we can to make it feel like a positive, welcoming space.

Becca: Respecting the models because they are in such a vulnerable position, especially being in swimwear. We always want to try and build them up when they do have their chance to walk the runway. We want to give them a first or second or third chance to walk again, and give their best shot because we want to instill that confidence in them to feel powerful on the runway.