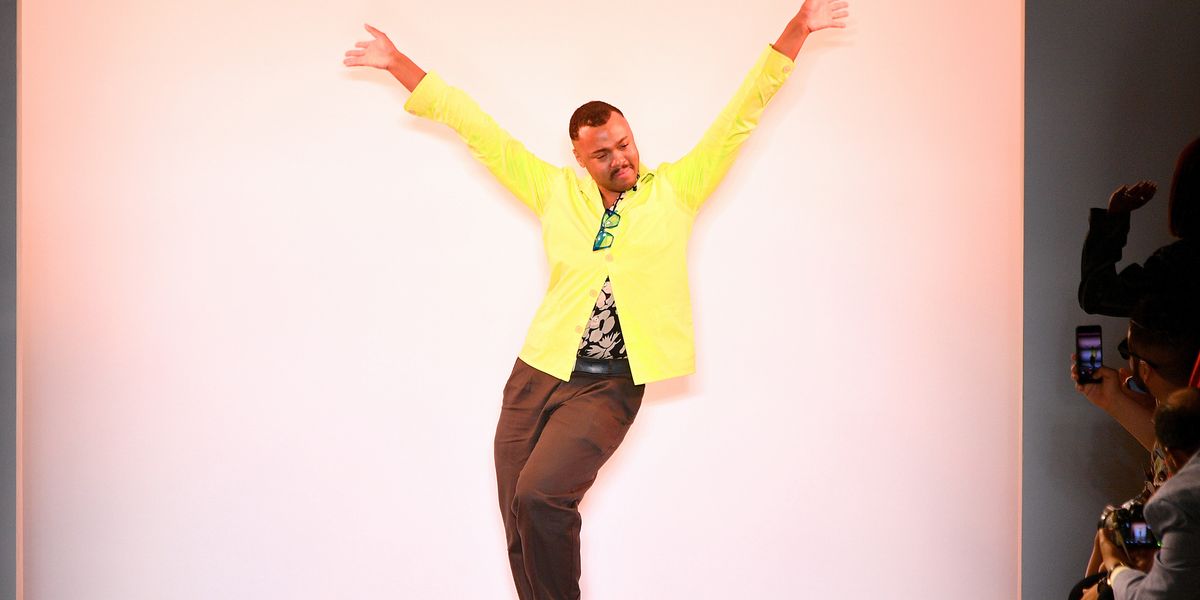 Christopher John Rogers has been announced as the winner of the 2019 CFDA/Vogue Fashion Fund.

Though a relative newcomer, the Baton Rouge–raised, Brooklyn-based designer has quickly built up a cult celebrity following thanks to his glamorous, whimsical twists on traditional eveningwear.

Counting the likes of style icons, such as Rihanna, Lizzo, and Michelle Obama, as fans, Rogers beat out runner-ups Danielle Frankel and Reese Cooper for the prestigious title at one of fashion's biggest night.

With this honor, Rogers will receive a $400,000 prize, as well as a year-long mentorship with a CFDA member. He also joins a legacy that includes the storied likes of Alexander Wang, Proenza Schouler, and Telfar.

Per Vogue, Rogers used his acceptance speech to express his gratitude for everyone involved in his journey, saying, "I am so grateful to my parents for giving up so much that allowed me to be here, to my team who, through all the full time jobs and all the leaving early, allow us to make this collection, and thank you to the judges for seeing something in me,"