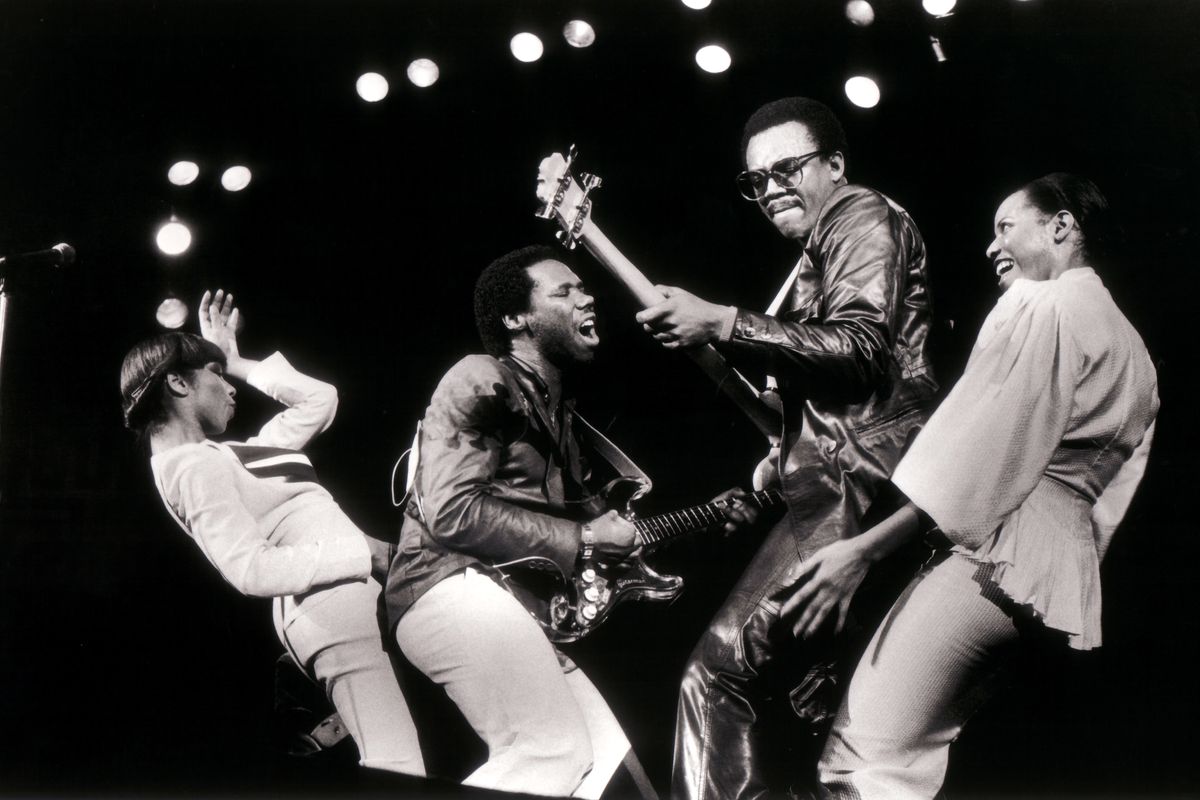 Sometimes the best party songs are written by people who don't go to parties. Take Nile Rodgers and Bernard Edwards, for example. On New Year's Eve 1977, the founding members of CHIC were personally invited to Studio 54 by none other than Ms. Grace Jones. When they arrived at the club's back entrance, a security guard slammed the door in their faces, deeming them too uncool to enter. Dejected, the duo headed back to Rodgers' apartment, downed two bottles of champagne, and composed what would become an all-time disco classic.

"Le Freak" went to number one 40 years ago this week, cementing CHIC as legends of the dance floor. It's a protest song about not getting into Studio 54, as well as a loving tribute to the club culture that would define a decade. A fun fact: the song's immortal chorus was initially meant to be "F*ck off!" rather than "Freak out!" but CHIC changed the lyrics to encourage radio play. Despite its themes of rejection, in retrospect Rodgers thinks of the song as more joyful than angry. And he's definitely glad spent the night in writing it, instead of seeing in 1978 with Grace Jones and Studio 54's other famous patrons.

"What made 'Le Freak' so successful in the first place was uniting people through the music, and the idea that when we get on the dance floor we are all one, with no differences," he tells PAPER. "The core of my music has always been joy, and it means so much that it continues, after 40 years, to unite and bring happiness to so many people."

"Le Freak" is still a staple of party playlists today, and its eternally catchy guitar riffs sound as fresh now as they did back then. Especially as part of a brand new remix by Dutch producer and DJ Oliver Heldens, accompanied by an appropriately trippy animated video which tells the story of the song — from 1977 right up until now.

"Dance music is as strong and unifying as ever," says Rodgers. "Oliver has captured that spirit with this new remix. You will definitely want to move."

Rodgers has been busy of late. He's reformed CHIC and released the brand new album It's About Time — the first of two planned LPs. True to form, he has collaborated with music legends old and new: from Lady Gaga to Elton John, and NAO.

Stream It's About Time by CHIC and Nile Rodgers, below.