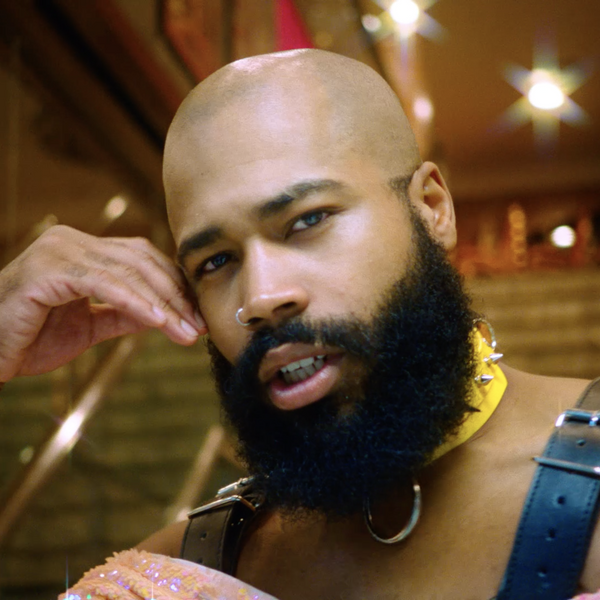 CHAV Will Always Be Here

Like their previous work, Brooklyn artist and musician CHAV's latest single and video "Patient Zero" is a statement of power, and a testament to what it means to take up space without apology.

"Since the beginning of time, it's been queer and POC people that have created culture," CHAV says of the new song and visual, premiering today on PAPER. "A lyric from the song goes 'I'm the monster in your head right now,' is also saying 'we've always been here!' And now you're starting to truly see us, in full breadth and nuance."

Fittingly, "Patient Zero" is an enticing mix of industrial club beats and raucous guitars and synths, while CHAV sings lyrics championing those relegated as outsiders within cultures they built. "Damn, this shit's almost spiritual/ Fam, we might be the miracle," they declare.

It's a true message of hope for the real influencers — queer and POC people — to surge ahead and join forces to topple destructive systems of power. "Patient Zero" suggests that such a process starts with the individual, and spreads outward. The video, co-directed by CHAV and their partner Rick Marcello, follows suit, showing chosen family ascending to their final form, so to speak, in the streets of New York.

"It's a sort of homage to the wonderful people of my life in New York — people from all over that have chosen to rebelliously and valiantly animate their lives in a way that truly considers them," CHAV explains. "In the video, the characters all around me are becoming more aware of their potential. That growth is powered by deciding to let go of the binary in some way. Ultimately they reach a serenity that's born from them fully inhabiting their bodies in a plane that feels hydrated and actualized. They've reached the home planet."

Watch and stream "Patient Zero," below. It is CHAV's penultimate single before "London, Baby" arrives this Friday. That song's release kicks off the countdown to their forthcoming debut EP, TOTALLY, via Flat Pop Records.