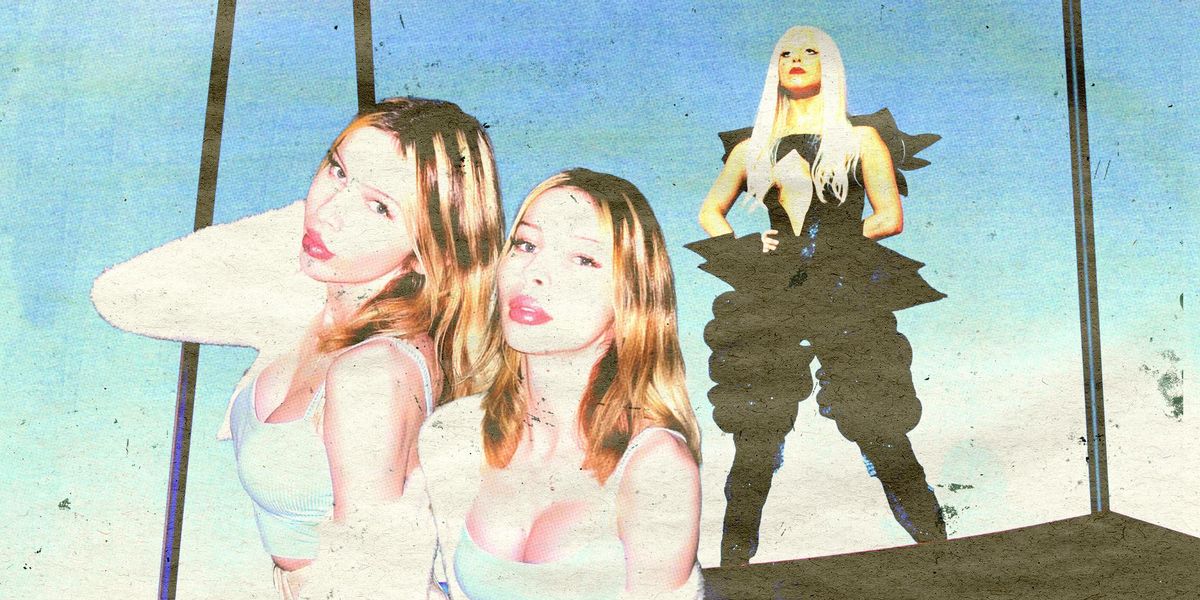 A self-proclaimed "highly dedicated Little Monster," Chase Icon went viral at the start of 2020 for her hilariously on-point recreations of Lady Gaga's voice. "I am the biggest Lady Gaga stan ever," she told PAPER at the time, before later paying homage to the pop star in her own musical debut, "SRS."

Related | The Perpetual Rebirth of 'Born This Way'

To celebrate the 10-year anniversary of Born This Way, PAPER asked Chase to review every track off Mother Monster's 2011 epic. She urges that we replace our national anthem with "Government Hooker" and defends album deep cut "Bad Kids," below.

So this song is definitely on slay mode. Perfect way to open an album, tbh! Ugh, it just gets me so hyped especially when she's like, "Come on and run!" I nut.

This has been one of my most adored songs by her since it came out. I love when she says transgender, it just gives me that buzz. "Subway kid rejoice your truth" — like... exactly

Always loved the satanic aspect of this song. The music video for this one put me in a winged-liner chokehold for my the entirety of my formative years. I think we should sexualize characters from the Bible more often!

Puss in Boots serve. I really love going over the speed limit to this song on the highway! It makes me feel like a notorious outlaw on the run with huuuuge boobs.

This song's definitely a favorite off BTW. The fact that she invented her own language... and the beat is insane! Hip-shatteringly exhilarating, it would be a sin to skip.

I love the experimental vibe of this song, it's very creepy and beautiful — absolutely in my top 10 Gaga songs! My fav part is when she screams. Love another sacrilegious spooky devil moment.

Perfect song to go on a bitchy walk around my neighborhood to. I love it when her inner New York girl jumps out. And when a Stefani song has the word "fashion" in it, you already know it's a hit!

I hear people critique this song a lot and like I think they just don't get it because they've never been a baddie? Which like, it's okay don't be embarrassed. We can't all be cool, I get it.

"Fashion Of His Love"

Soundtrack of my life for when I develop a crush on someone and concoct a whole imaginary relationship with them in my head! This song doesn't get the justice it deserves. Scarlett Johansson dancing GIF matches perfectly with it.

The title... LMAO. But this song is honestly really cute. Equestrian vibes down. My frozen bitch-heart gets a degree warmer every time I listen.

Best opening line in a Gaga song ever! My favorite song on the album. Makes me wanna ride around a stage on a little motorcycle, it's all very cunt.

The production on the song is so beautiful and it's quite nice to listen to, but doesn't necessarily make my blood pump like the rest of the album. I like it.

My least favorite from the album! Her voice sounds very beautiful, though.

Foreshadowed Joanne! This is a top tier Gaga song for me. I kind of love how it doesn't fit the album, in a way. Such a wild card, she's so crazy I love her!

"The Edge of Glory"

Such an iconic and important moment for Lady Gaga! I love the way this song makes me feel so inspired. Instant serotonin boost every time! Certified hit. Obsessed with how the locals ate this one up, too.