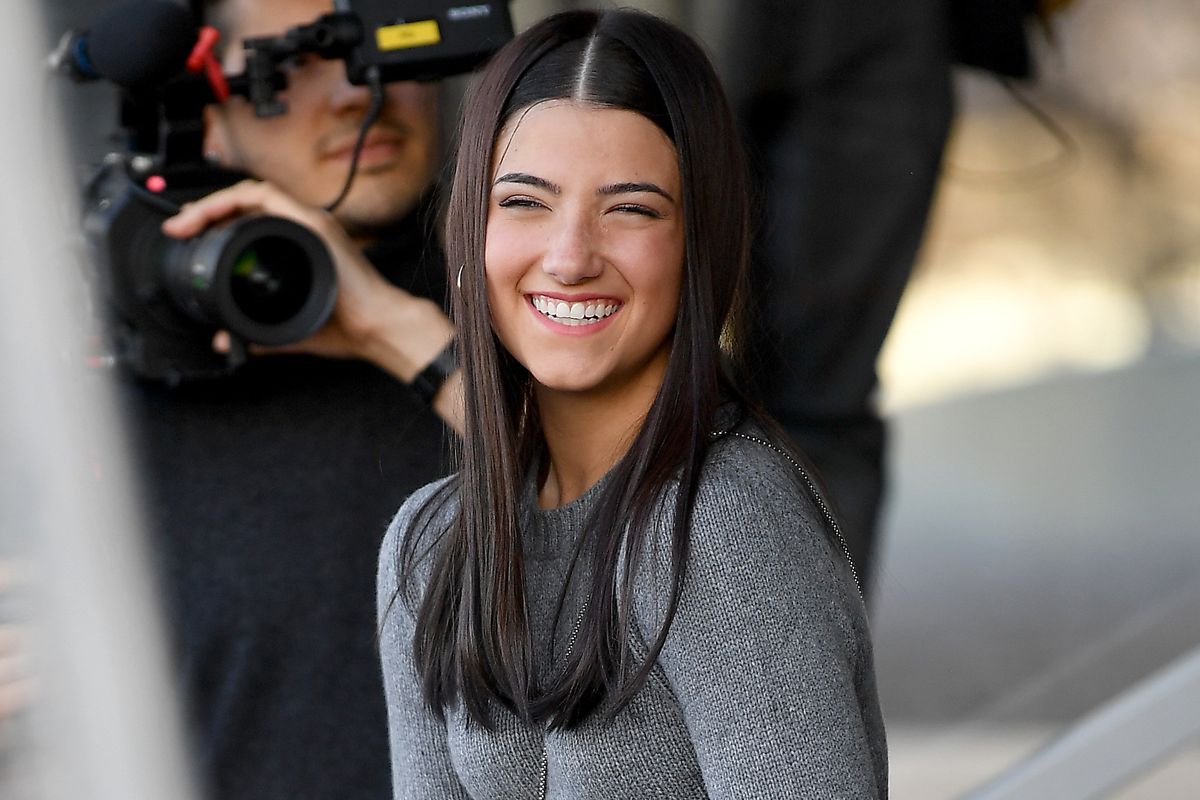 Over the past few months, TikToker Ellie Zeiler has garnered a sizable amount of attention thanks to her uncanny resemblance to the platform's biggest star, Charli D'Amelio. However, in yet another instance of doppelgänger drama, fans are now accusing Zeiler of purposefully impersonating D'Amelio — and it's getting pretty ugly.

Earlier this month, fans became aware of a fake Twitter account called "@charidamelio." The account — which featured many of Zeiler's videos and photos — subsequently led to substantial backlash, as D'Amelio's fans began criticizing Zeiler of misleading fans into thinking "@charidamelio" was the star's second account.

"So we all know this girl Ellie Zeiler, who has gone viral recently for looking like Charli D'Amelio. Well, she created an account on Twitter pretending to be Charli," as one fan video outlining the alleged impersonation wrote. "Here's one of the pictures she posted. If you look at one of Ellie's TikToks, she has the same exact rings."

"She even likes her own posts," they added, before posting a screenshot of another Twitter account called "@elliezeilerr" liking one of the fake account's tweets.

Not only that, but it appears as if whoever was running the "@elliezeilerr" Twitter account continued impersonating Zeiler and tried to "explain" what was going on by writing that they were "not that Charli account or whatever."

"That photo everyone was commenting on was posted a couple of days ago on my second account," the account wrote. "As for my TikToks, I'm sorry. I can't control how I look but I'll try to change my mannerisms to be less like Charli's and develops [sic] my own style."

That said, in the wake of all this confusion, Zeiler herself has since taken to her real Twitter to explain that @elliezeiler1 was her real account and posted a mirror selfie as proof.

this is real. this is me.

Thankfully though, it appears as if everything has been sorted out, as the @charidamelio Twitter deleted all of Zeiler's content and has since designated itself a "fanpage." The fake @elliezeilerr account has also been taken down.

Additionally, J-14 reports that a person claiming to have run one of the accounts later admitted that they were just a fan having fun.

"This account has never been run by Ellie Zeiler," they reportedly said. "Please don't give her shit for something she has nothing to do with. It's not Charli either."