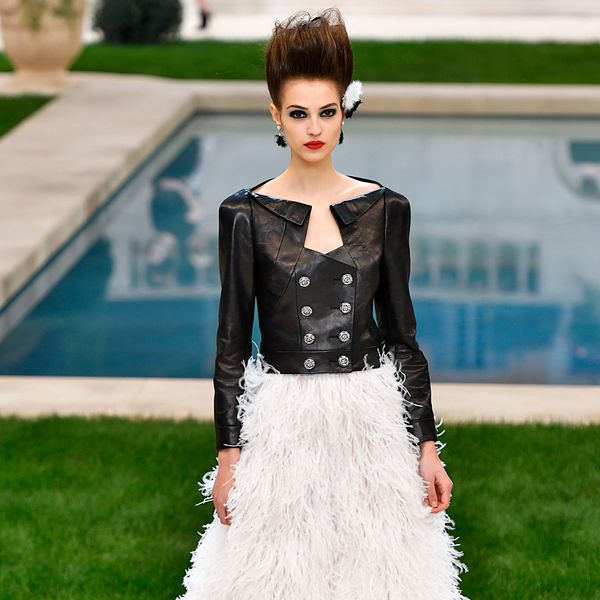 For its spring 2019 couture show at Paris' Grand Palais, Chanel worked within a luxe garden party aesthetic (Emphasis on party). But, of course, this is the most expensive looking and feeling party you've ever been to, because Chanel.

Just in time for #20ninescene, designer Karl Lagerfeld's 62-look collection seems to playfully imagine a group of suburban glam-rock teens who, having sold their tattoo-and-piercing shops in the mall to savvy investors, fell into extravagant wealth and decided to throw an outdoor shindig for their newly minted Parisian friends and fashion insiders.

Lagerfeld, who has done a final bow concluding his shows since assuming control of the house in 1983, was not present, reportedly due to illness. In his stead was Chanel studio director and right hand Virginie Viard. She appeared alongside Vittoria Ceretti, the show's finale bride, who wore a sparkling, embroidered swimsuit and a long, trailing veil. Glam!

See a selection of Chanel's spring 2019 couture looks, below.