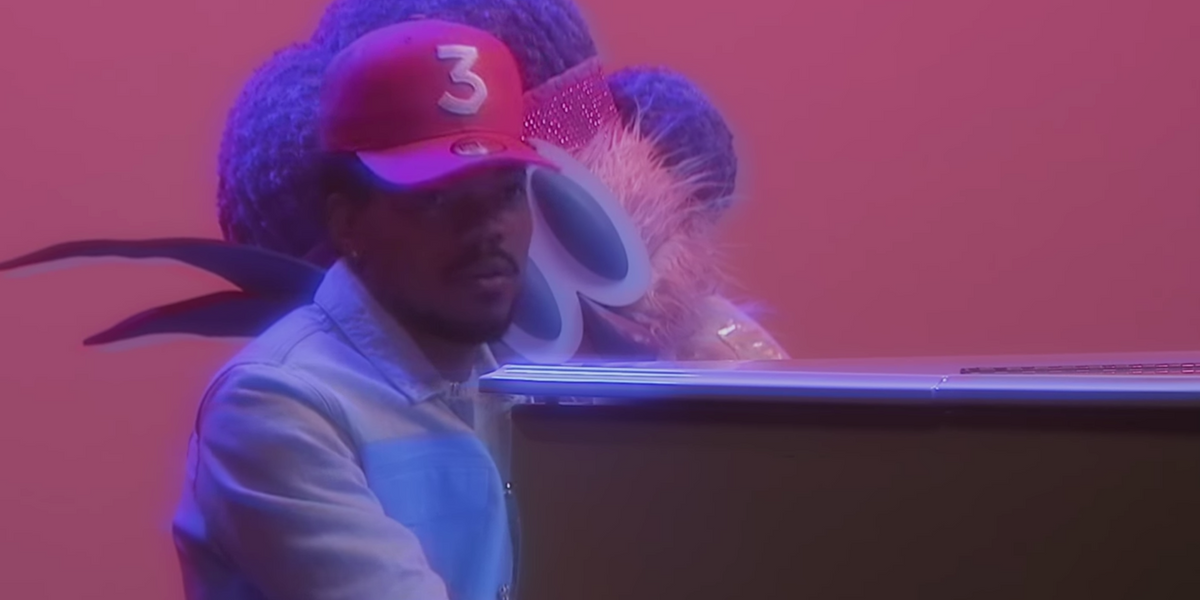 We've been living in Chance the Rapper's world for a hot min now, which is why news that Instagram, Twitter and Snapchat Live wouldn't premiere Chance's pre-recorded video is very, very surprising. Yet here we are.

Chance reached out to tech giants (or "friends" as he calls them) to premiere 'Same Drugs', who clearly weighed Chance's pull against their commitment to the whole "live" concept and refused to take the bait. The good people at Facebook however, like the suckers for hype they are, were quick to jump on board and voila we have 'Same Drugs'.

Chance announced the premiere on Twitter (ironic hey!) then released a video on a platform explaining his decision to premiere with Facebook Live. Praise be.

Finally, though, 'Same Drugs' is upon us and there is a 'lil something for everyone: singing puppets, faux snow and cheesy transitions a la late 90s talk shows.