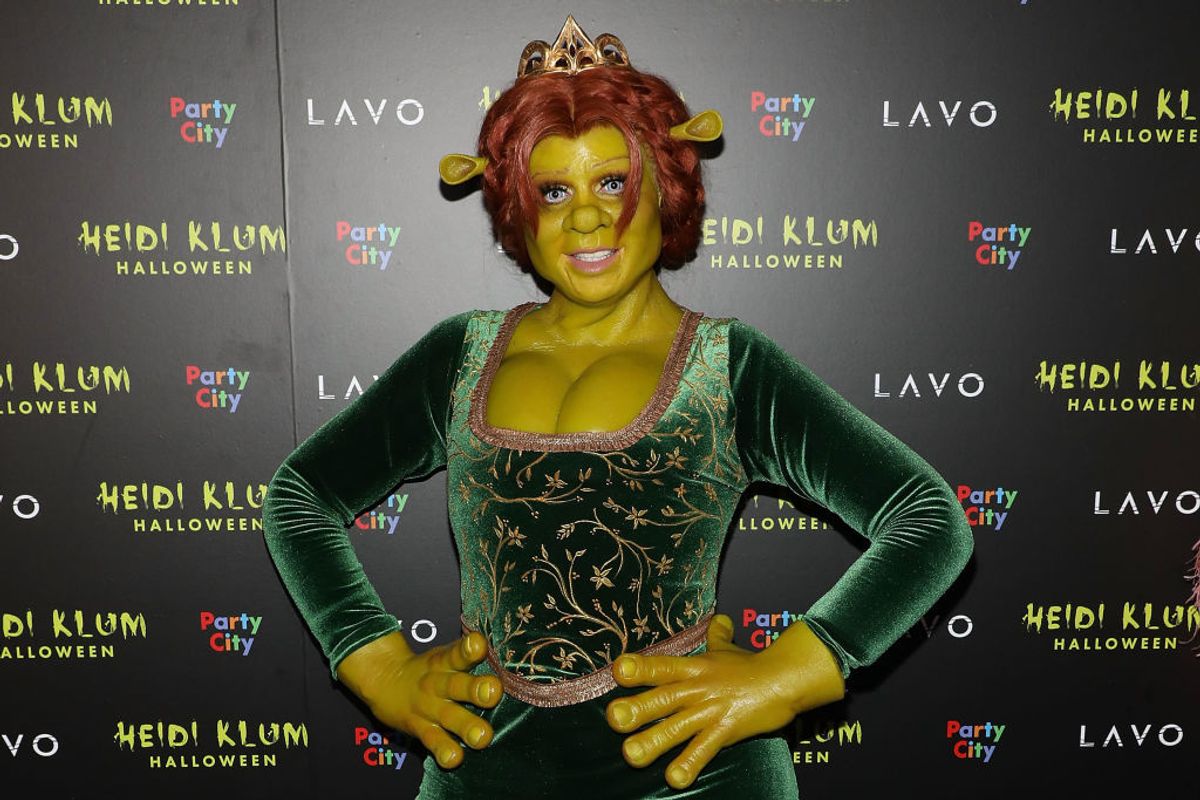 Celebrities Who Did The Most For Halloween 2018

Heidi Klum as Fiona from 'Shrek'

364 days of the year, Heidi Klum is one of the world's most recognizable supermodels. On October 31, she is the world's most dedicated Halloween costume-wearer and party-thrower. In the past she's been Jessica Rabbit, werewolf Michael Jackson from the Thriller music video, and a freaky human butterfly. This year she successfully disguised herself as Fiona from Shrek, while her boyfriend Tom Kaulitz appeared as the movie's titular ogre. It might be her best effort yet.

Beyoncé and Jay-Z as FloJo and Tommie Smith

For Halloween this year, Beyoncé chose to recreate the aesthetics of two black icons of the 1980s - singer Toni Braxton, and track star Florence Griffith Joyner, otherwise known as FloJo. Jay-Z joined her last night dressed as athlete Tommie Smith, who famously gave the black power salute (alongside fellow African American sprinter John Carlos) on the podium when he won gold in the 200 meter race at the 1968 Olympic Games. Smith was the Colin Kaepernick of his day, while FloJo was the Serena Williams. A predictably flawless and cleverly political couple's costume.

Sure, dressing your kid up as yourself for Halloween is a tad narcissistic. But this is Kanye West, after all, and Saint does look extremely cute here cos-playing his dad. He's dressed in mini-me versions of the over-sized padded t-shirt, Yeezy slides, and Donda chain made immediately internet famous by West and Lil Pump's recent music video for "I Love It". Reign Disick got to be Pump. The Kardashian matriarchs, meanwhile, wore actual Victoria's Secret angel wings sourced direct from the runway.

Lupita Nyong'o as Dionne from 'Clueless'

A Clueless costume is a classic, but Nyong'o's attention to detail here makes her tribute to Stacey Dash's iconic character look more authentic than usual. The braids, the clunky cell phone, the hat? Extremely 1995. If this is Lupita's way of telling us she's starring in that rumored reboot, we're excited.

The best Halloween costumes tap directly into the zeitgeist, and right now royal obsession is reaching Princess Diana-in-the-80s levels. Between gossip columns about Meghan Markle's hair choices and Netflix's The Crown, monarchy is everywhere. So Chrissy and John nail it as Queen Elizabeth and Prince Philip, although Legend's wig could maybe have used more glue.

Winnie scored an invite to Heidi Klum's Halloween party, where the pressure to dress up is presumably pretty intense. Luckily, her tribute to the queen of drag queens nails it: a perfectly Ru-esque teased out platinum blonde wig, thigh-high red boots, and matching latex corset.

Justin Bieber and Hailey Baldwin actually had a low-key Halloween: they went to church, and handed out candy to neighborhood kids. Hailey specified on her Instagram story that they were giving out the full-sized chocolate bars, not miniature ones. Sadly, the only member of the household who got into the spirit of things and donned a costume was Bieber's dog Esther, who wore a tiny Superman vest and cape. Zero points for originality, but she does look good.

Ora's costume is proof you don't need fancy prosthetics for a clever Halloween costume - a sharpie will do. She takes the prize for most 2018 Halloween outfit by dressing as Post Malone, complete with instantly recognizable facial tattoos and a Bud Light. Not a particularly spooky choice, but it is kind of scary how much she looks like the rapper and Crocs designer.

Bella Hadid and The Weeknd as Beetlejuice and Lydia Deetz

Finally, a genuinely spooky celebrity Halloween costume. Bella Hadid, our favorite goth, delivers in this ode to Tim Burton's Beetlejuice, starring Michael Keaton and Winona Ryder. She and The Weeknd put a high fashion spin on a well-known couple's costume, both spending hours in the make up chair before attending Heidi Klum's party.

Quavo as Garth from 'Wayne's World'

This one we did not see coming. Here's Jessica Simpson, former star of Newlyweds and singer of timeless 2006 bop "A Public Affair", dressed way too convincingly as Danny DeVito. More specifically his character from the movie Twins. Her husband Eric Johnson was Arnold Schwarzenegger's character, and they even recreated the movie poster on Instagram. A bald cap? Genius. She's absolutely coming for Heidi Klum's Halloween crown.