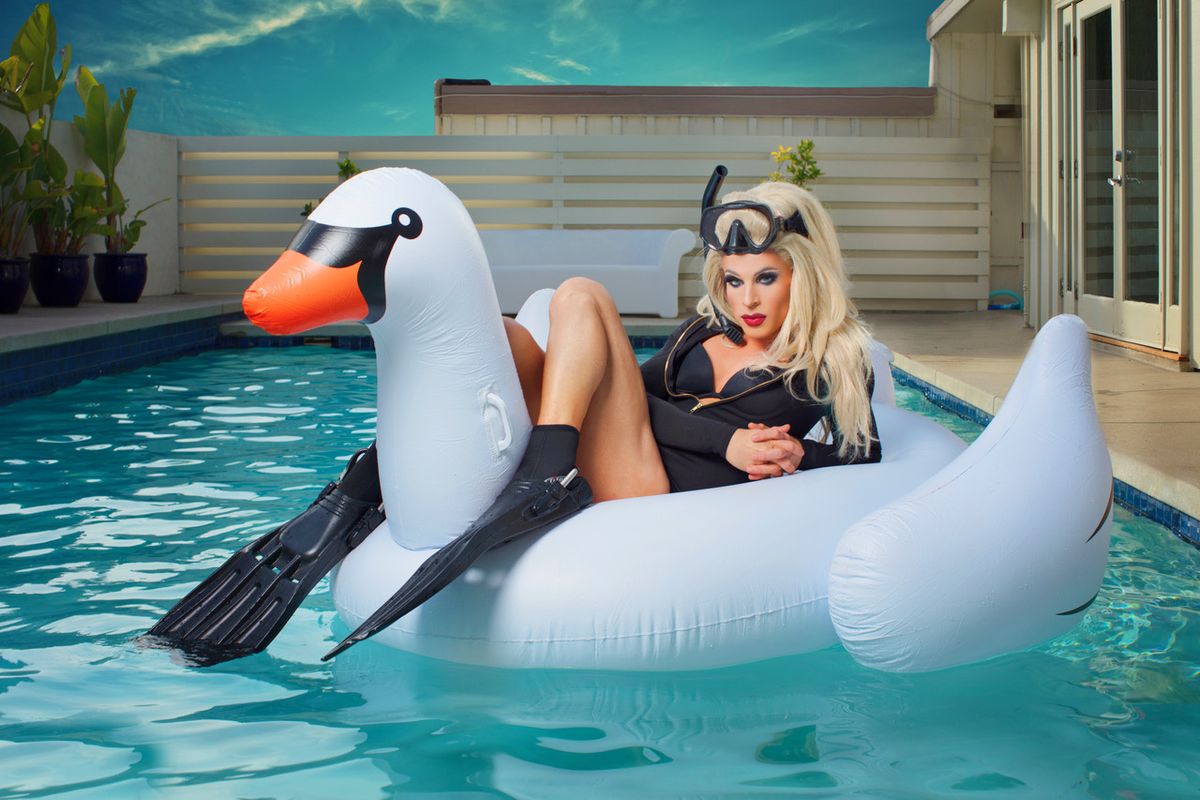 Celebrity Drag Photographer Asks 'Why Not!' with New L.A. Exhibition

Magnus Hastings calls himself a child of drag. "I was a little, mini drag queen," he told PAPER in a phone interview this week from Los Angeles. According to him, Hastings found joy in dressing up as a girl and playing with dolls: "I got kind of shamed out of it." But that childhood fascination has become so much more, recently inspiring the exhibition and 244-page photo book Why Drag?, released in 2016, as well as the follow up exhibition Why Not!, which opened this week.

"When I brought myself into photography professionally, drag was really my world," Hastings said. At the time, he was working as an actor, but picked up shooting as a self-taught hobby. "[When I'm shooting] I feel like I'm one of them, not just an observer." That connection allows for Hastings to shoot the queens from a place of respect, wonder, and awe, employing the same techniques he would go on to use in shooting celebrities for magazines in London. The first sign he was doing something right came from Courtney Act, an early photo subject.

"[She] sent me an email after I first shot her thanking me for what I was doing for the drag community and representing them in a completely different way," Hastings said. The support continued to pour in from the subjects as well as the community after he started a Facebook page called Drag Around The World. That page led into the original Why Drag? exhibition in 2014, which inspired an agent to offer Hastings a book deal. This year, though, Mr Musichead Gallery in LA reached out about doing a new project.

"The shift is about our political time and honoring that little boy I was," Hastings explained of the differences between the Why Drag? and Why Not! shows. "I used to hate that little boy and then suddenly I fell in love with how amazing and wonderful and brave he was." The new photo show includes imagery from the first exhibition alongside new shots of queens like RuPaul's Drag Race season nine winner Sasha Velour, as well as a few "drag adjacent" performers like The Kiss Boyz and the collective House of Avalon.

"It's more just about boys being gay and queer," he continued. "They represent me as a six years old going to school in a dress and refusing to take it off. It's about saying 'we will do what the fuck we want' and the spirit of drag."

Why Not!, the drag exhibit by Magnus Hastings, is open at Mr Musichead Gallery until August 12