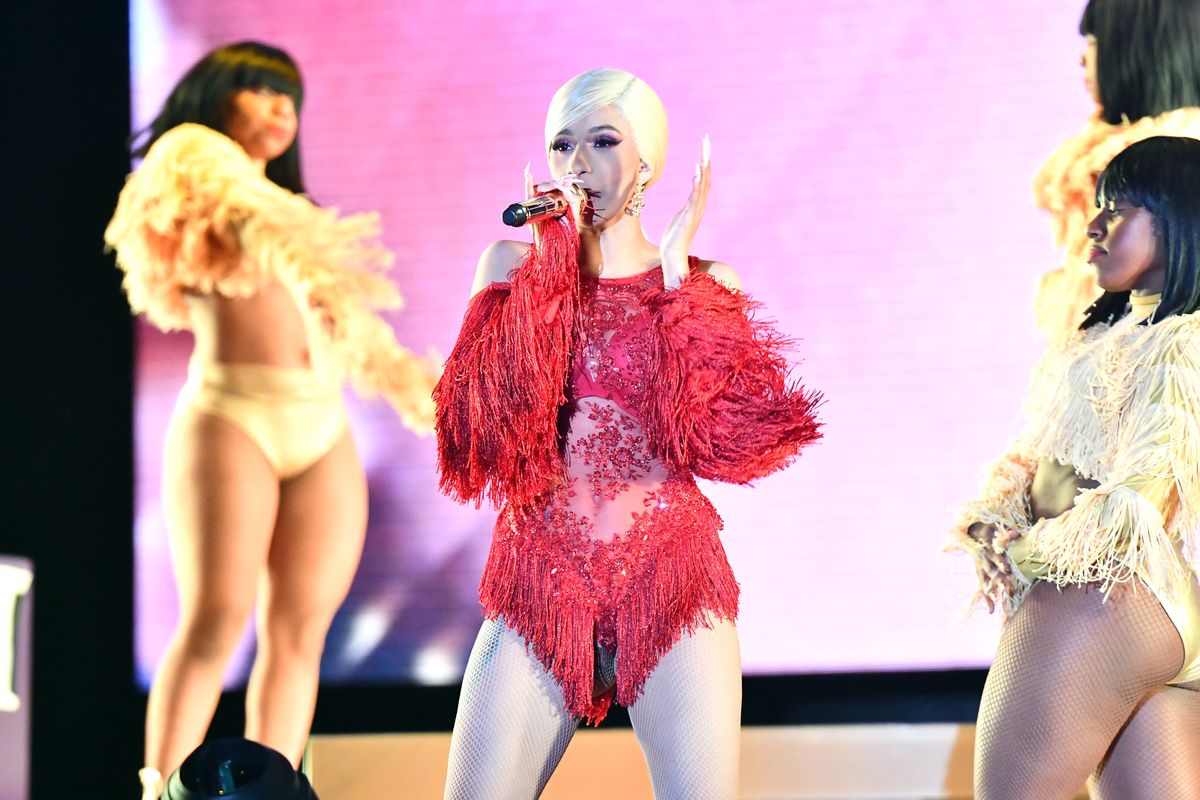 Cardi B competed only with Ariana Grande in terms of having wildly successful, dramatic and career-making years. She dropped her fabulous debut album! She wore crazy clothes! She feuded! She went to court! She played a bar mitzvah but turned down the Super Bowl! She got married! She gave birth to sweet baby Kulture! She broke off her marriage and publicly rebuffed her ex's cheesy ploys for forgiveness! We're thinking she might have inched ahead?

Unclear, but what we're certain of is that we're going to be talking about Cardi B just as much this year, now that she's confirmed that we'll be hearing CB2 in 2019.

While being grilled by fans during a New Years Eve Instagram Live appearance, Cardi B answered dismissively: "Of course there's going to be an album in 2019."

She hopes the album will be done "around the same time" that Invasion Of Privacy dropped last year (April 5), but isn't sure her undoubtedly insane schedule of touring, being a mama, red carpeting, putting out fashion collabs, and keeping Bardi Gang satiated with her social media drip feed, will allow for such an early release.

Cardi recently dropped the fearsome video for "Money," which, in case we need any more proof, confirmed that her sophomore album is the thing we'll be holding our breaths for most in 2019.