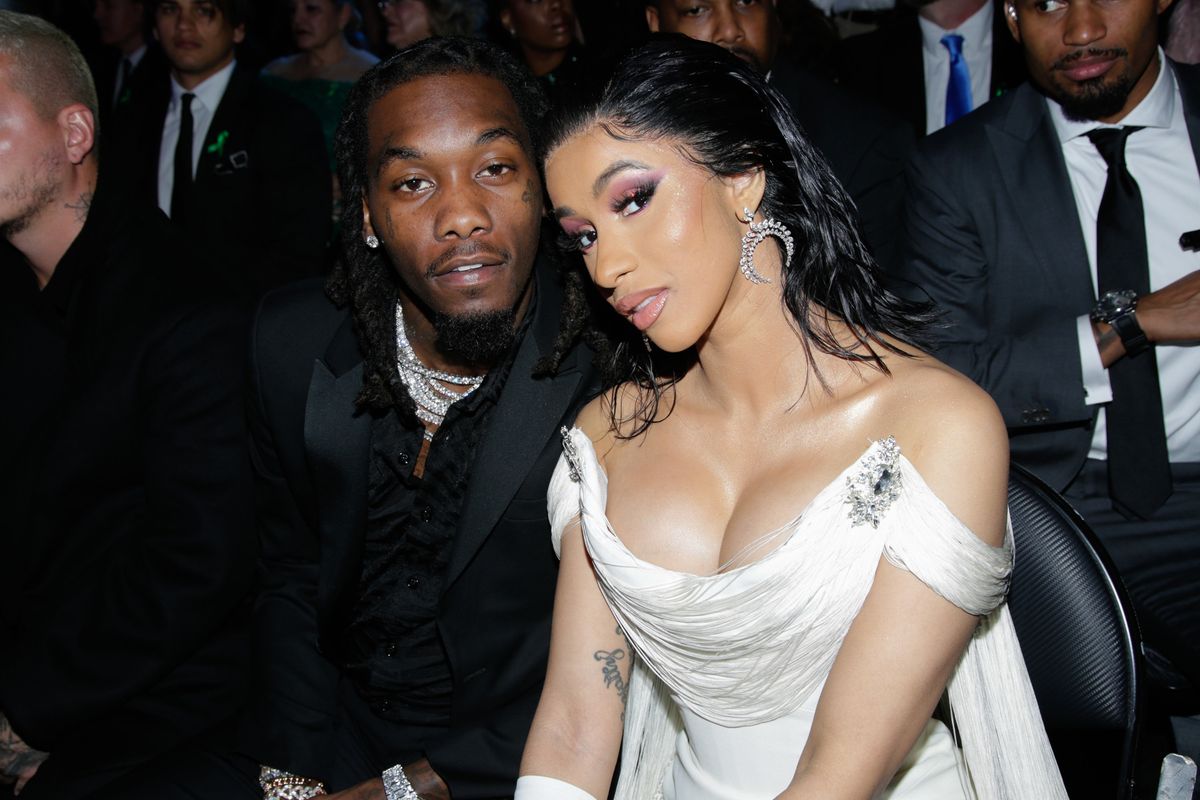 Cardi B is currently responding to claims that she's in a "mentally abusive" relationship.

As you probably heard, last month the "WAP" rapper filed for divorce from her husband of three years, Offset. And while the pair appeared to have reconciled after Cardi's birthday bash in Las Vegas this past weekend, their on-and-off relationship has also caused fans to speculate on their seemingly tumultuous dynamic.

Related | Cardi Misses Physical Touch, Like the Rest of Us

On Thursday, Cardi took to Twitter to reply to a fan — who accused Offset of "textbook emotional abuse" — by writing, "Girl I'm the one that do the hitting and the shit talking."

And though she's since deleted the tweet, Cardi also went on to upload a video of herself brushing off the Twitter users who "be like 'Cardi, you're in a mentally abusive relationship. Oh my gosh. We gotta save you.'"

"And I be like, 'All right, but can I fuck him today? Because I need to have sex,'" she said, echoing a previous video in which she dubbed herself a "crazy bitch" and denied that their relationship was a way to garner attention ahead of the release of new music.

"Imma make this very clear," she then followed up in another post. "Before I was a celeb I was crazy ass Cardi B.Same bitch ya saw on TV and on IG talkin shit and doing crazy shit. I'm still that a lil bit more calm now but still the same .I don't know why ya expect something different now.This ain't Disney."

Imma make this very clear .Before I was a celeb I was crazy ass Cardi B.Same bitch ya saw on TV and on IG talkin shit and doing crazy shit .Im still that a lil bit more calm now but still the same .I don’t know why ya expect something different now.This ain’t Disney.

That said, Cardi has since continued to double-down on her defense of their relationship. On Friday, she returned to Twitter to respond to the suggestion of couples therapy by arguing that all of the gifts — i.e. the "cars, sex, and bags" Offset has been giving her lately — weren't ploys to get her back.

I don’t need none of that shit .I talk to https://t.co/qlNmjmf6Tu relationship is more then bag and cars before I even got my bday gift I took a break and we started talkin about our differences and wat we gotta change. https://t.co/UtLISXgyHw

That’s the thing my car was not a “ take me back gift “ it’s a birthday https://t.co/ddvLhrzqXc spoil, nikka was going to give me a good gift regardless of our situation..I’m spoil💁🏽‍♀️ https://t.co/UtLISXgyHw

Not only that, but in a pair of Twitter voice memos posted to her page, Cardi continued to defend Offset's gifts to her and told fans they had already "clearly worked things out, little by little."

Cardi then went on to say that she had the means to go elsewhere and "take a break" from her relationship, before saying that the ups-and-downs are just "regular relationship shit."

"If I wanna go to an extreme to teach a n***a a fucking lesson and fucking file for divorce I could do that. It's my life," she continued, before later adding, "Y'all don't even live with us... Y'all don't know the fuck we be goin' through."

Listen to Cardi's voice messages, below.

If you or someone you know is in an abusive relationship, please contact the National Domestic Violence Hotline at 1-800-799-7233 (SAFE).