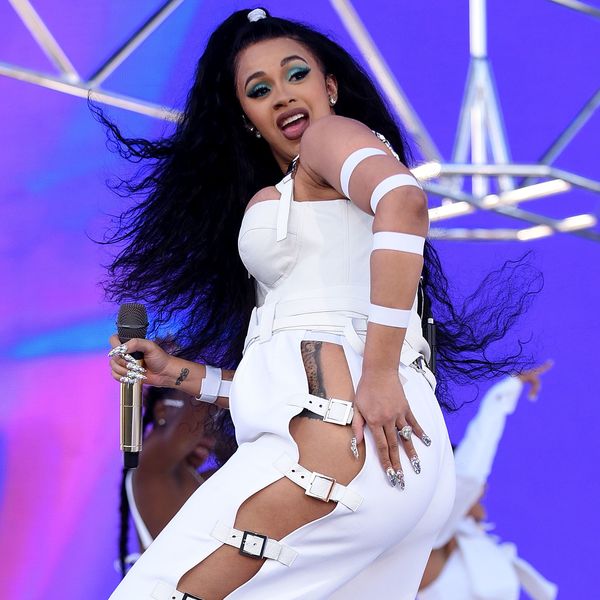 Cardi B has long-since established herself as a woman of many talents and the queen of multi-tasking: she released her own Fashion Nova line, dropped her debut album, completed a club tour and performed at numerous festivals, all while pregnant. And while she's slowed down some, you can't keep Cardi from being Cardi.

Related | Pregnant Cardi B Twerked at Coachella, Much to Our Delight

Of all her appearances, her Coachella sets were among the most impressive, primarily because the rapper was approximately seven months pregnant and twerking like her life depended on it. Now, almost two months later, Cardi's ready to prove she still has it. In a video the star uploaded to Instagram, Cardi looks bigger than ever, but still wasn't about to miss an opportunity to show off her skills.

If this is a new technique to induce labor, we're all for it. She also went on Ellen to reveal her performance was the result of wanting to "show the world how [she] got pregnant."