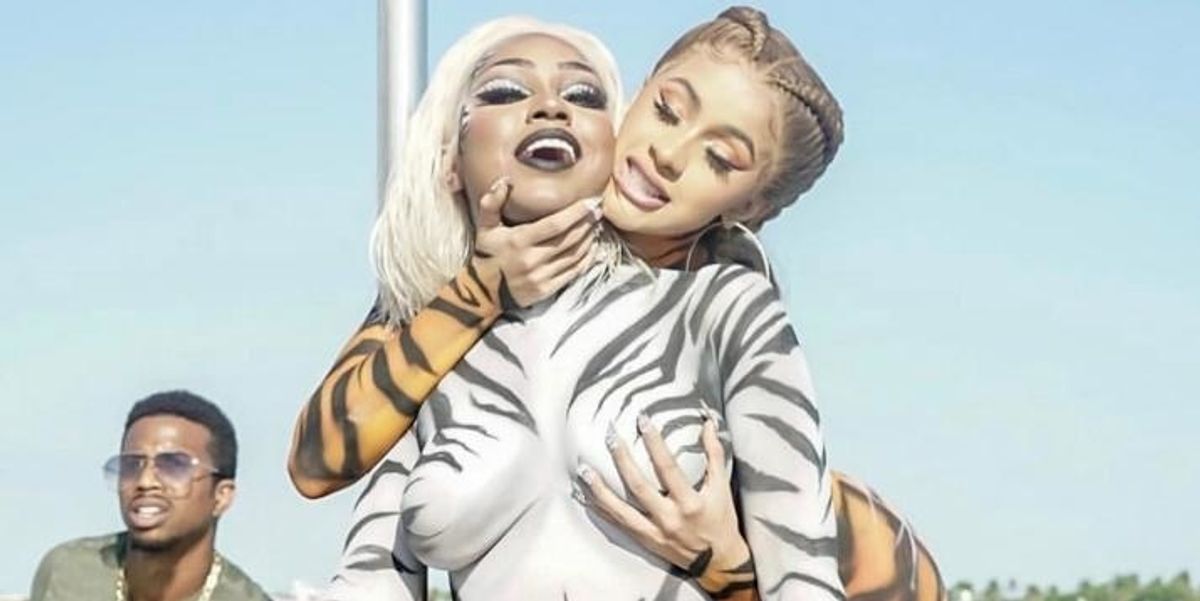 Having released two albums in 2018, Quality Control signees City Girls have had quite the ride so far, and are poised for an even bigger 2019.

This is a fact that can definitely be confirmed by the release of the hotly anticipated video for their high-octane strip-club banger "Twerk," featuring the one and only Cardi B.

The Miami rap duo and the Bronx's finest have been teasing the video for a while now, posting images of them in tiger-printed catsuits and whatnot. And of course, there was the City Girls' mission to find the best twerker in the world via the #TwerkChallenge. And the video features plenty of A-level twerking to aspire to with nary a man throwing money or objectifying the women present in sight. (At least, not on camera. It is worth noting that though the lead director is a man, British artist Daps, the co-director is a woman, Sara Lacombe, so... progress!)

Without the on-set presence of a prying male gaze, all ladies involved are free to twerk on yachts, in the sand, on the street, atop cars, on each other — wherever! Former exotic dancer Cardi B's stripper pole, which appeared most recently in her "Money" video that we are still gagging over, makes a special cameo here, and it's definitely a mood. But see for yourselves!

It makes me a.) yearn for summer, b.) want to find the nearest wall to practice, and c.) round up a thong-clad twerk team of my own and go ham. Is it too late to enroll in that contest?

Photo courtesy of City Girls/Cardi B