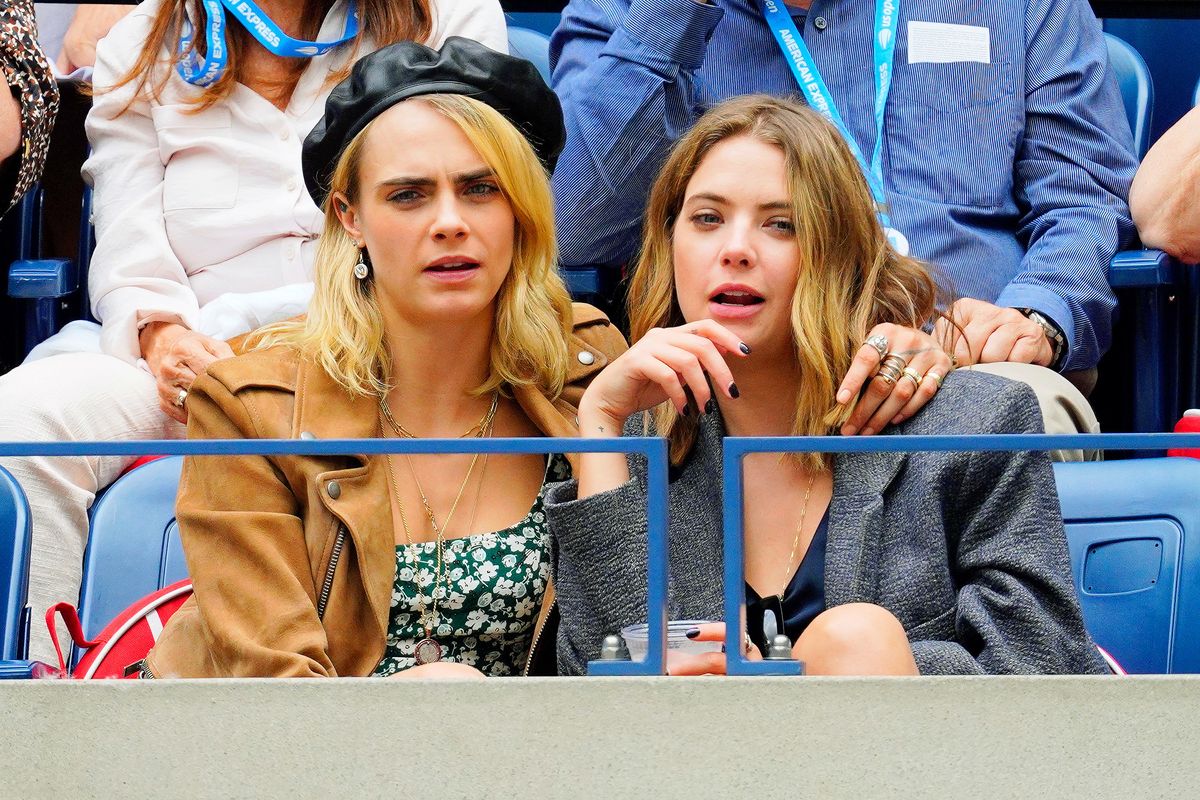 Love Is Dead: Cara Delevingne and Ashley Benson Broke Up

With a heavy heart, I report the findings of People Magazine: beloved couple Ashley Benson and Cara Delevingne are no more. The model-actress pair reportedly split in April after two years.

The news will be heartbreaking to girls and gays alike. It was a delight to watch the Hollywood power couple thriving out and proud, posting makeout pics, PDA-ing at fashion week, co-starring in arthouse films, flaunting sex toys, etc. Neither star has acknowledged the break-up.

"The relationship just ran its course," according to People's sources. Maybe quarantine was just two much: Cara and Ashley were reportedly holed up together in Los Angeles, fostering quarantine puppies and making TikToks, before they broke up in April, though both naughty girls have been spotted out socializing. Indeed, the site's sources assure readers that Delevingne is doing well, "spending time with friends including Margaret and Rainey Qualley and Kaia Gerber." From a social distance we hope!

The internet isn't taking it well.

me: i don’t care about celebrity relationships me, after hearing cara delevigne and ashley benson may have broken… https://t.co/MfcxHP1PAo
— tricia 🍓 (@tricia 🍓)1588796875.0

Custody of Bowie, Hendrix and the sex bench are yet to be determined. Anyway, please check on your lesbian friends today and stay home, unlike Cara and Ashley.