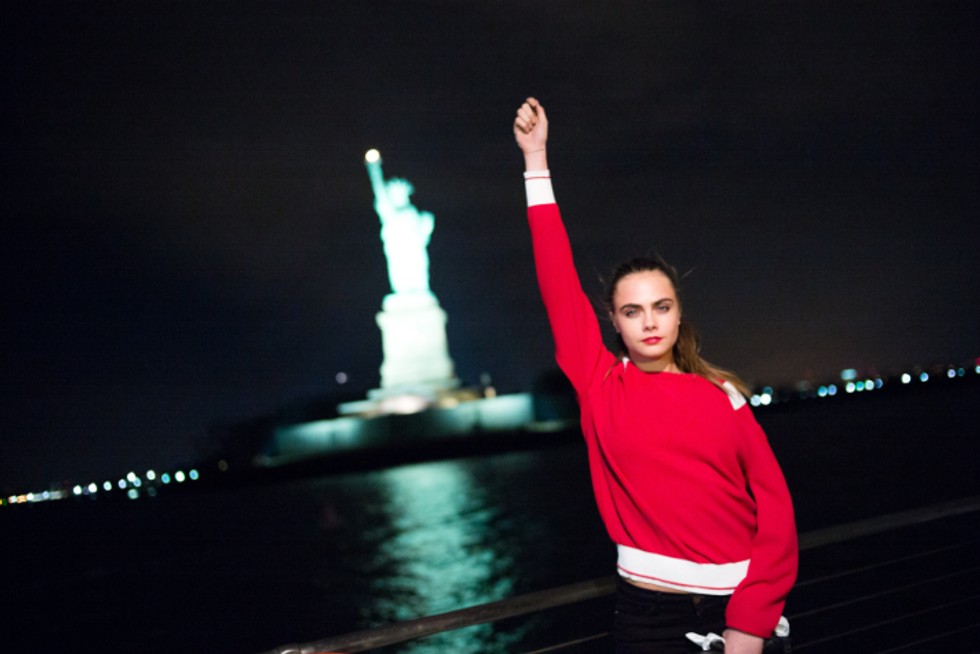 By Sandra Song
PAPERMAG
photo by David X Prutting/BFAnyc.com
In a recent interview with The London Times, supermodel Cara Delevingne revealed that she plans on ending her modeling career. Citing the negative effects the fashion industry has had on her mental health and body image, Delevingne says she developed anxiety and psoriasis over all of the stress she endured.

"I am not doing fashion work any more, after having, like, psoriasis and all that stuff," she told the paper. "Modeling just made me feel a bit hollow after a while. It didn't make me grow at all as a human being. And I kind of forgot how young I was ... I felt so old."

Delevingne is 23.
"I was, like, fight and flight for months. Just constantly on edge, It is a mental thing as well because if you hate yourself and your body and the way you look, it just gets worse and worse."
Because as one of the most in-demand It models, Delevingne obviously had a lot on her plate, with the stress of her demanding schedule apparently leading to the development of chronic psorasis -- a disease that she was ironically punished for, as "People would put on gloves and not want to touch me because they thought it was, like, leprosy or something." All of which took a huge toll on her self-esteem.
It probably also didn't help that the fashion industry is rife with sexual harassment, which is also something Delevingne touched on when citing the hypersexualized poses she was made to do as a teen -- a time when she was new to the industry and felt like she couldn't say "no" to provocative and just plain old exploitative shoots.
However, she's making up for it now as she's gotten much better at standing up for herself and other, calling herself "a bit of a feminist" and wrapping her thought up with the reassurance that, "If there is injustice I will flip out. If someone is crossing a line, they will know about it and so will everyone else."
Fuck yeah, Cara.
[h/t CBS News]
From Your Site Articles
You May Also Like
Film/TV