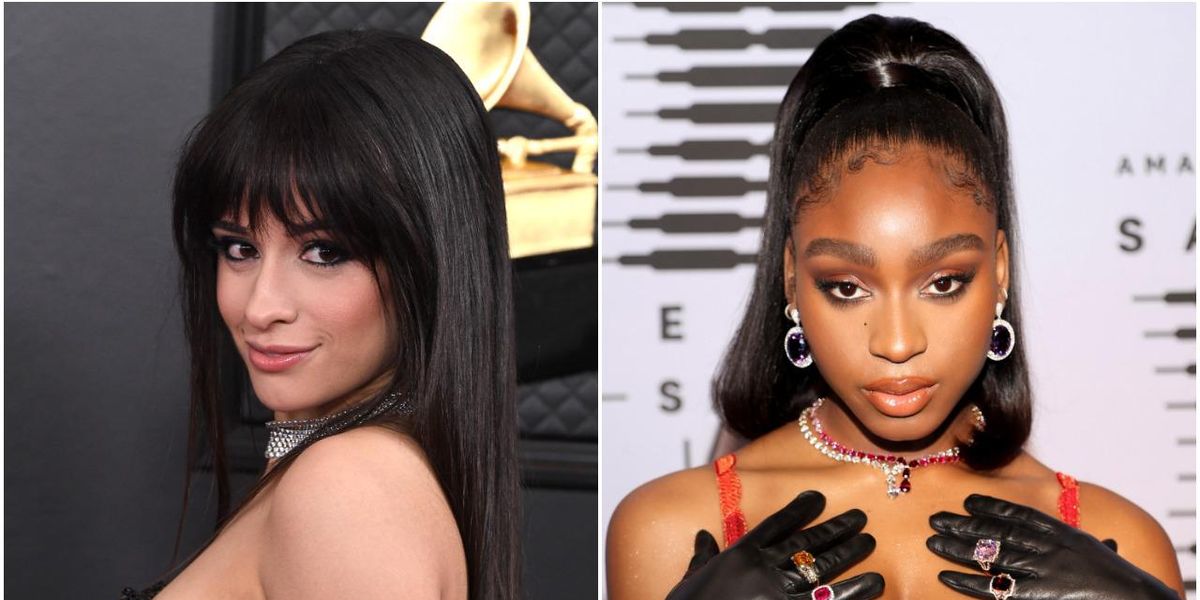 Camila Cabello is being accused of trying to overshadow Normani's new release.

As you've probably heard by now, Normani and Cardi B released a new single called "Wild Side" on Friday, just a few hours after fellow Fifth Harmony alum Camila announced that she also had a new song called "Don't Go Yet" on the way. However, Camila's timing ended up rubbing fans the wrong way given the context, which subsequently led to accusations of "trying to ruin" her former bandmate's big day.

"not camila annoucing her single on normani day...smthn ain't right," as one person wrote, while a second commenter added that they hoped Camila's single would "flop." Meanwhile, others even went so far as to call Camila "racist" for "announcing her single on Normani's day," with one writing that she was "one dirty chick" who "had all that time to drop its giving racism."

Camila is one dirty chick not her trying to ruin Normani moment … she had all that time to drop its giving racism pic.twitter.com/ESycqQ0Vr3

camila announcing her single on normani’s day just seems so racist to me pic.twitter.com/Evk0qFUc0Y

That said, the racism accusations stem from a 2019 incident where Camila was taken to task for old posts using offensive and racist language — including some about Normani — for which she later apologized for in a statement about how she was "uneducated and ignorant" at the time.

"Once I became aware of the history and the weight and the true meaning behind this horrible and hurtful language, I was deeply embarrassed I ever used it," she wrote about her use of the N-word. "I apologize then and I apologize again now."

Despite her apology though, Fifth Harmony fans soon began to wonder what Normani thought about the entire thing, which eventually led the "Motivation" singer to address the issue in her Rolling Stone cover story.

"It would be dishonest if I said that this particular scenario didn't hurt me," she said. "It was devastating that this came from a place that was supposed to be a safe haven and a sisterhood, because I knew that if the tables were turned I would defend each of them in a single heartbeat."

Normani went on to say that she was disappointed it "days for [Camila] to acknowledge what I was dealing with online and then years for her to take responsibility for the offensive tweets that recently resurfaced," before expressing how (rightfully) hurt she was by the entire scandal.

As she added, "Whether or not it was her intention, this made me feel like I was second to the relationship that she had with her fans."

Camila has yet to respond to the accusations.