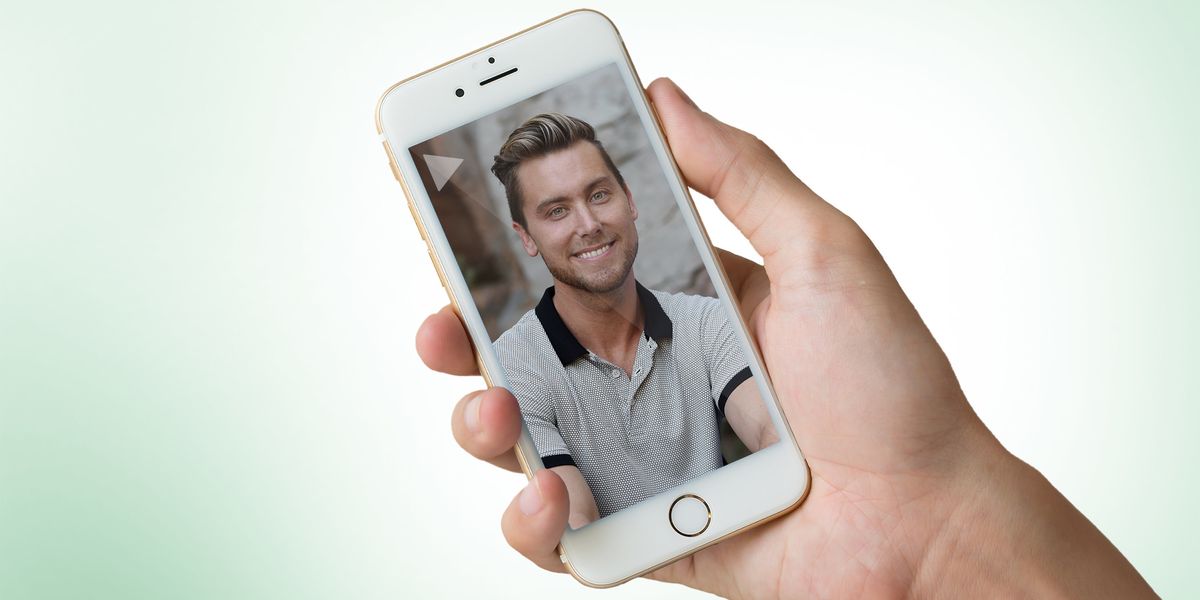 Sort of Dark: You Can Order Personal Messages From Celebs

Welcome to the thirst economy.

Five days ago, Lance Bass filmed a gender reveal video for strangers, informing them that their "little turkey" is going to be a "boy, boy, boy!" On the 13th, Hairspray's Nikki Blonsky shot a batch of clips while wearing a baseball hat with a logo reading "Ghost in the Graveyard;" she congratulated fans on new jobs and theater roles, introducing herself as "Nikki Blonsky from the movie Hairspray" every time. And yesterday, Dorinda Medley from the Real Housewives of New York City recorded well-wishes for a couple's 15th anniversary, using her catchphrase "make it nice" three times in the span of 47 seconds.

Bass, Blonsky, and Medley are all on Cameo, a website and iOS app where fans can purchase "personalized shoutouts" from various celebrities and online personalities (they're mostly bought as gifts). Talent options include stars from the Real Housewives franchise, Vanderpump Rules, and RuPaul's Drag Race, YouTubers, Instagram influencers, athletes, and, as of this week, Kathy Griffin. It's a symphony of thirst. The hosts of the podcast Who? Weekly, a show devoted to the questionably famous (aka "who's"), are especially fond of Blonsky's repetitive introductions.

Cameo founder Steve Galanis came up with the idea for the service after noticing that people kept asking his business partner, NFL agent Martin Blencowe, for selfies with his clients. Galanis is fond of the line that "selfies are the new autograph," a phrase that's both accurate and serves to underline the company's basic philosophy: people want shareable proof that they got attention from a celebrity. It's simple and evidently successful; Cameo, a young start-up (founded in October of 2016), has 17 full-time employees with plans to expand, and new quasi-celebs are coming onboard all the time — this week the website announced that wildly popular YouTuber Jake Paul, known for repeated attempts at destroying his own neighborhood, had joined the platform.

In a feature on Cameo for Elle, writer Alex Ronan wondered why the site had caught on. "If the selfie with celeb is the autograph of our era, as Galanis suggests, then what exactly is the personalized video shoutout?" she wrote. "It offers the excitement of engagement and the thrill of intimacy, but from a remove. Somehow, it's a non-interaction interaction that people find incredibly compelling."

There are now more than 2,500 C-through-F-listers on Cameo; the company does have a team that reaches out to celebrities, but many come to the site on their own or because fans asked them to enlist (Marla Maples was recruited after numerous requests; she charges $39 per video). And Galanis told me that Cameo has been able to grow without spending money on marketing. It's part of the business model — every video, destined to be shared on social media, includes a watermark, making each clip a mini advertisement. "Fans are paying to promote talent's work," he said. "Every Cameo is a commercial for the next one."

Using Cameo is an easy win for talent. The business takes a 25 percent commission, but the videos cost public figures nothing to make and only take up a few minutes of their time. Everyone sets their own prices because, as Galanis told me, "That way they can never say they don't have enough time to do the videos."

Prices average around $40, though bigger stars will try to charge more (last week NFL Hall of Famer Terrell Owens reduced his rate from $500 to $350, still on the high end of things). But widespread fame doesn't necessarily translate to success on Cameo — Galanis likes to say that it's not for "the Drakes or the Kardashians." Bella Thorne, the actress and tabloid star who seems tailor-made for the site, charges $80 per video and has only received 11 "reactions;" former Jackass star Bam Margera, like Thorne, joined in June 2018, yet he charges half as much and has been reviewed 82 times. Thorne has 16 times as many Instagram followers as Margera.

According to Galanis, the most popular Cameo users are Evan Breen, Nick Colletti, and Cody Ko, all former Vine stars (Ko also happens to be a SoundCloud rapper and self-described "Internet badboy"). Breen charges $25 per video, Colletti $27, and Ko sells for $60. I had never heard of them, which is sort of the point — much of Cameo's talent base includes vloggers and Instagram comedians, the micro-iest of micro-influencers.

Last year, the New York Times-owned branding agency HelloSociety found that micro-influencers are more effective than those with larger followings when it comes to marketing campaigns. Founder Kyla Brennan told AdWeek that "engagement goes down once you reach a certain number of followers... you might get eyeballs, but they won't be eyeballs that care."

Cameo operates on a similar principle, banking on the fractured nature of celebrity in 2018: after a certain point it doesn't quite matter how many fans you have, only whether or not those fans are dedicated enough to pay you to interact with them. Much of the talent isn't striving for mainstream fame, instead choosing to cultivate (and monetize) a dedicated fanbase. And at the same time, many Cameo recipients post their own reaction videos online, presumably hoping that they'll go viral. There are no winners or losers here. The thirst economy is coming for us all.