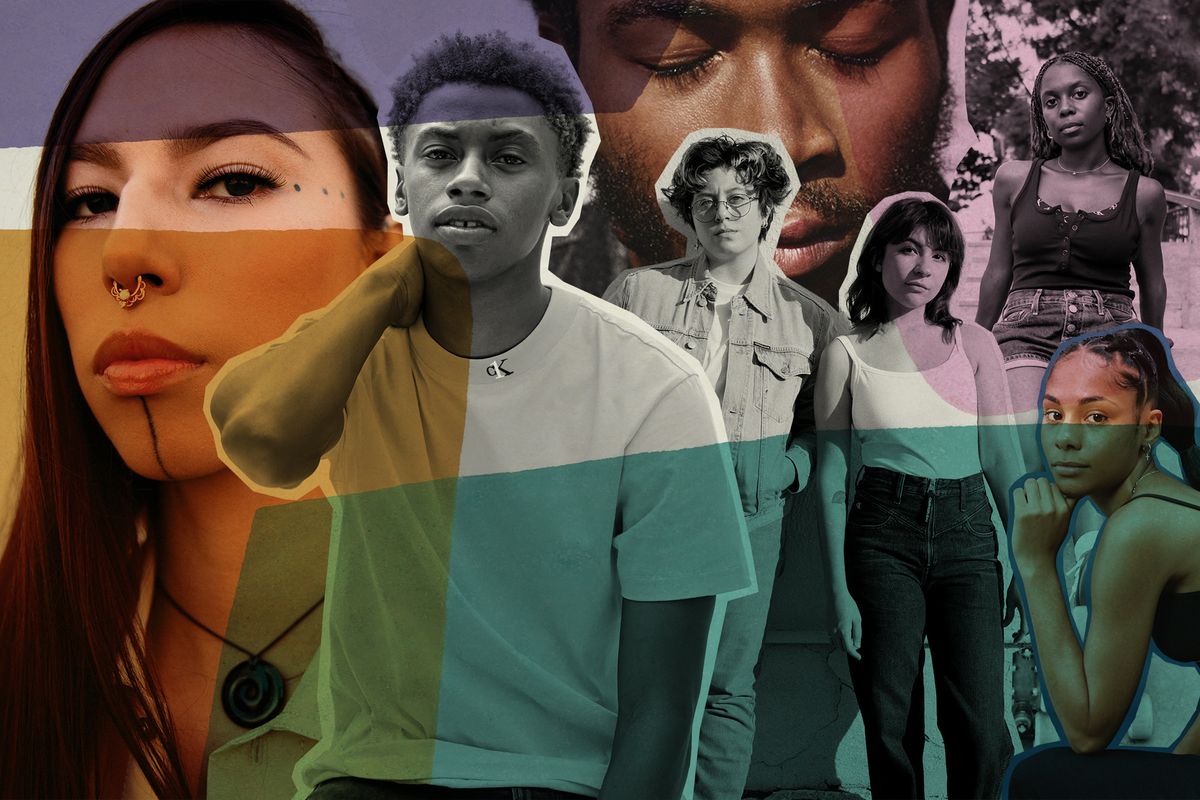 Calvin Klein's brand identity is rooted in pop culture, particularly its youth-oriented CK One fragrance. The line extension is known for having some buzzy faces front its campaigns; their February advertisements featured the likes of skater and soon-to-be star of Gossip Girl's reboot Evan Mock and Seoul-born rapper MLMA, among several others.

For its latest project, however, Calvin Klein's CK One is taking a slightly different approach. The brand enlisted 11 everyday young adults across the country — from Mexican immigrants to indigenous natives — in a new campaign, titled "one future #ckone."

Shot against the backdrop of each go-getter's respective American hometown, the campaign amplifies each distinct voice as they broadcast their own experiences, perspectives and hopes for the future — a timely gesture in the wake of the election inching closer and closer.

The collective body of work was captured by seven photographers, each of whom have their own personal connection to the community and location they worked in: Adraint Bereal, Brian Adams Elliot Ross, Miranda Barnes, Rose Marie Cromwell, Shan Wallace and Texas Isaiah. The result? A refreshingly real collage of young voices from all corners of the country — each itching for change as the country braces for what's next.

Below, get to know Calvin Klein's latest roster of forward-minded youth.

Hailing from East Baltimore, Brandon Timothy Woody is a musician at heart. Having mastered the trumpet over the last 14 years, the up-and-coming instrumentalist spent one year at the Brubeck Institute and his second year at the Manhattan School of Music, before dropping out and moving home, where he's working full-time on recording his debut album. At 22, he's taught and performed across a multitude of global venues and schools. "They make us out to be so angry, so violent, so hateful," he says. "We need to normalize our vulnerability, our honesty, our sensitivity."

Having spent her early years in Memphis, Tennessee before moving to Baltimore where she has lived for the past 13 years with her family, Ting Tai's goal is to increase representation for marginalized groups in the mainstream media. "If I had seen more representation growing up, it would have helped me to be more comfortable with who I am today and get to where I am now faster," she says. On her road to success, Tai now studies at the Howard Community College, where she indulges in her passions for art and photography, while studying environmental science.

Born and raised in Coral Springs, Florida, Chris Gomez was personally impacted by the Stoneman Douglas High School shooting. In the aftermath of Parkland's worst nightmare, Gomez and his friends have since been highly engaged in politics, hoping to make the world a much better and safer place. "We've been promised a better future for a long time," he says. "We want something more."

Jace Mitchel thrives on the ranch. Born and raised in Crowheart, Wyoming, the 21-year-old cowboy purchased his first cattle at 16. Now, his passions lie in preserving the ranching world in his small rural community so that his daughter can experience it in its fullest form as she grows older. "Everyone's story is different than yours," he says.

Jual Paul Flores Vazquez was born in Mexico and migrated to Modesto, California at an early age where he was raised. After becoming a DACA recipient at age 16, he moved to El Paso, Texas, where he's now pursuing his dreams of becoming a filmmaker. On the side, he works at a call center to support himself, while spending the rest of his time working on various film projects and taking notes from El Paso's prestigious directors. Having lived and worked in America essentially his entire life, Vazquez is incredibly frustrated with the unjust restrictions that are preventing him from voting in the upcoming election. "I'm 21 years old, and I can't vote," he says.

Born in California and raised in El Paso, Texas, Lex Bautista is deeply involved in advocating for LGBTQIA+ rights and immigration laws, as El Paso sits right at the border. On top of their investment in social justice, Bautista is an ambidextrous musician: they sing and they're a master on the violin. "Don't be afraid to change your mind," they say. "It doesn't make you any less of what you were before. If anything, you're growing as a person."

Quannah Chasinghorse Potts, is Han Gwich'in from Eagle, Alaska and Oglala Lakota from the Rosebud Lakota Nation. Each year, Potts hunts caribou and fishes for salmon with her family in the summer, so she has a strong affinity to her people's indigenous land and their way of life. Climate change and environmental justice are at the forefront of her agenda, and she's an advocate for obtaining wilderness designation (permanent protection) for the Arctic National Wildlife Refuge, in order to ensure protection for those sacred lands from oil development. "I don't see myself as an activist," she says. "I see myself as a protector. You know, I was just protecting my way of life, practicing my ways of life and sharing my story."

Jawn Davis has spent most of his life in Compton, California, so naturally, he's a cool skater boy. Hoping to make the skate park his full-time workplace, Davis also possesses a burning passion for music, painting, repurposing thrifted clothes and embroidery. The sky is truly his limit. In light of the world's current circumstances, he says, "I feel like now everyone is more aware of what is really going on."

A Long Beach, California native, Toni Bravo believes that everyone's perspective deserves to be heard. Having found community through roller-skating by the Pacific Ocean, the multi-faceted creator also invests ample time in music, drawing and reselling vintage clothing, all the while studying film. "Something I would like to change in the world would be perspective," she says.

A Brooklyn native, Alex Arauz grew up in the American heart of fashion. Naturally, his interest in the world of style grew exponentially in his teenage years as he blossomed into his present identity and worked assisting stylists in the city. After being homeschooled over the last several years, Arauz packed his bags and set out on his next adventure: his freshman year at the University of London, where he's now studying fashion communications.

The last of six siblings, Brooklyn-bred Destiny Batista is as family-oriented as they come. At 21, the aspiring rapper now lives in Brownsville, East Brooklyn, spending most of her time experimenting in her local recording studio and building her freestyling abilities. As she finishes her accounting degree and supports herself with a part-time job, it's only up from here for Batista. "Just because everyone around you isn't doing something, it doesn't mean that you shouldn't," she says.