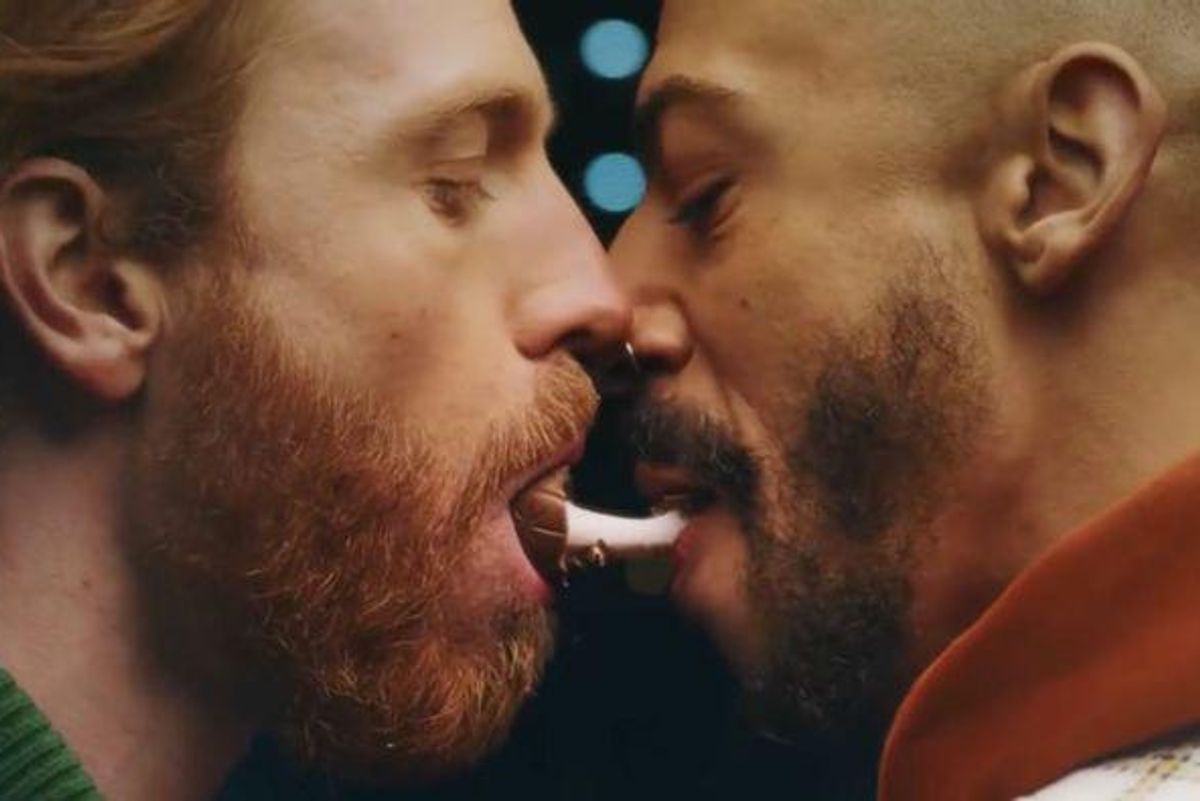 Cadbury is being creamed on social media after producing a commercial with a same sex kiss.

The commercial, created in honor of Cadbury Creme Egg's 50th anniversary, is being accused of "selling sex to children" after depicting two men sharing an egg between their lips before it bursts open.

Related | Why Did Twitter Name Its New Feature 'Fleets'?

Throughout the commercial, the narrator lists all the ways people can eat Cadbury eggs: calling on "lickers," "discreaters" and "sharers," which is where the kiss happens.

"Sharers, yea, we are down with that," the narrator says.

However, at least 26,000 viewers were not entirely "down with that," having signed a recent petition demanding the commercial be removed from the air — even calling the kiss a "highly-charged sexually provocative act."

"By choosing to feature a same-sex couple, Cadbury's are clearly hoping to cause controversy and escape criticism, by claiming that any objections must be rooted in 'homophobia', but members of the LGBT community have also expressed their dislike of this campaign," the petition reads.

The petition author claims that Cadbury is using a sexually provocative ad and hiding under LGBTQ rights so any criticism will look like homophobia. They say that exposing children to sexualized content constitutes a form of grooming, citing that children often copy what they see on television.

Cabury released a statement defending the campaign, saying "Cadbury has always been a progressive brand that spreads a message of inclusion, whether it is through its products or brand campaigns. We are proud of our Golden Goobilee advert which celebrates the many ways that everyone can enjoy a Cadbury Creme Egg. To illustrate this and showcase the joy our products bring, a clip of a real life couple sharing a Cadbury Creme Egg was included in the advert."

Other viewers are posting in support of the commercial.

"I spent my childhood watching a woman in a bathtub fellating a Flake," one viewer wrote on Twitter, referencing the 1992 commercial with the brand's chocolate bar.

Another viewer jokingly wrote "I'm DISGUSTED by this. I would NEVER share a Creme Egg with my husband."

Cadbury's parent company, Mondelez International, Inc., has no plans to shut down the campaign. They released an official statement regarding COVID-19 safety on the production set, saying "The actors featured in the film were from the same household, so they were egg-static to share a delicious Cadbury Creme Egg together! We also ensured that social distancing and stringent hygiene measures were taken when shooting the new advert."

Stan Cadbury for not taking the BS, and watch the full ad, below.